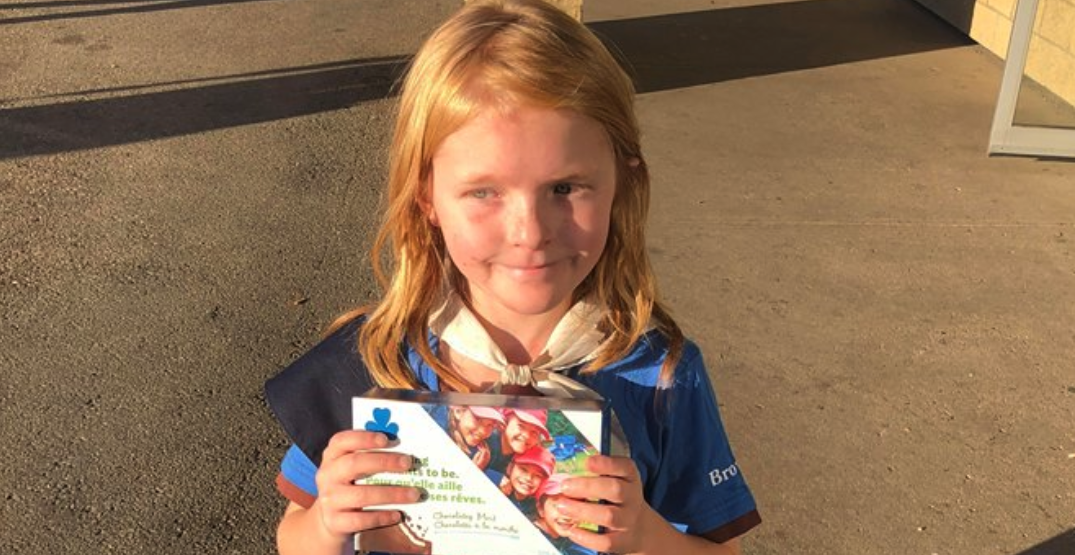 Her business plan was simple: sell as many cookies as she could to Edmontonians who would probably have the munchies after enjoying their first legal cannabis purchase.

Elina’s dad, Sean Childs, told Daily Hive that he had a hunch there would be massive lines outside the Nova Cannabis shop on the first day of legalization.

“So we decided, why don’t we go out there and sell cookies,” he said.

Childs said he and Elina headed out with a wagon full of 30 boxes of cookies and they sold out in just 45 minutes.

“The Girl Guides thought it was an innovative and positive idea,” said Childs, noting that the organization said it would only be an issue if Elina was selling the cookies inside the shop.

Childs said that he and Elina had several conversations about legalization and what it meant for Canada.

Elina has cystic fibrosis, so Childs wanted to make sure he explained to his daughter the different uses and effects of cannabis.

As for Elina, she said the experience gave her some mixed feelings. “It made me happy but sad because I never got a snack,” Elina told Daily Hive.

Elina is not the first girl guide to take advantage of customers with the munchies. In February 2018, a girl guide in San Diego sold 300 boxes of cookies to hungry customers outside a cannabis dispensary.