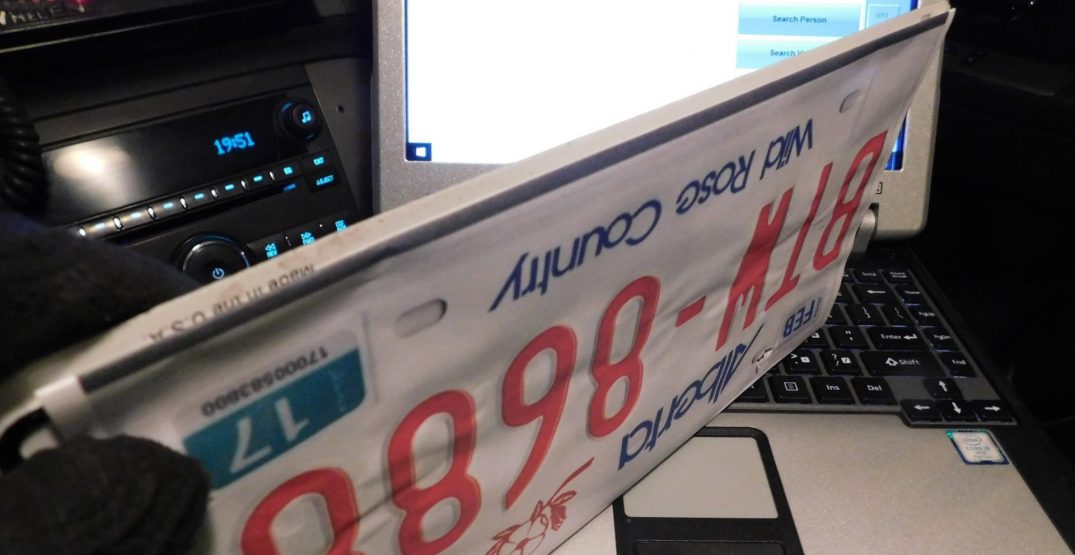 An Alberta driver is facing fines of over $2,000 and a mandatory court appearance for using a paper licence plate hidden behind a tinted cover, and driving with no registration or insurance.

A Facebook post from RCMP Alberta last week said that an RCMP Traffic member stopped the car as it was travelling on Highway 2 near Leduc. The officer pulled the driver over due to the use of a tinted licence plate cover, however after running the plate, another issue arose.

The officer found that the licence plate number didn’t exist in the police data bank. The officer then spoke to the driver, who “immediately admitted to not having registration or insurance and that the plate was actually a piece of paper,” reads the post.

According to RCMP, the driver printed the “licence plate” on a piece of paper at home, using a made up number. He then placed the image onto an “I (Heart) My Car” vanity plate and hid it behind the tinted licence plate cover.

Last month, an observant RCMP Traffic member noticed a tinted license plate cover on a vehicle on Highway 2 near #Leduc….

The driver faces initial fines of just over $2,000. They will also attend a mandatory court appearance for having no insurance. They could be issued another fine of at least $2,875 if convicted.