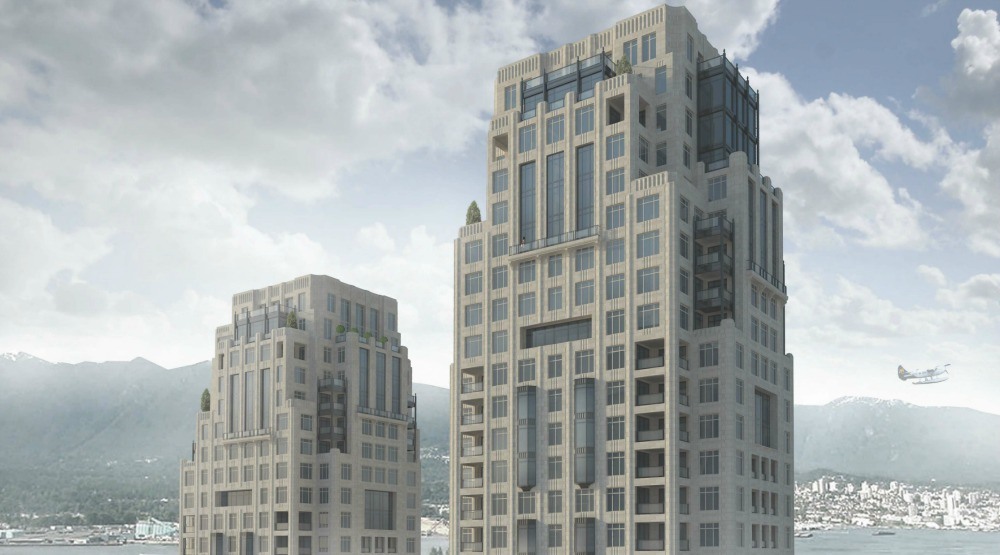 Asia Standard and LANDA Global are hosting a public open house for their proposed downtown project on Wednesday, June 7.

The one-of-a-kind residential project is located at the site of 1444 Alberni Street and 740 Nicola Street.

You can attend the open house to learn about the proposal, view the preliminary design, and provide your feedback to the project team before an application is submitted to the City of Vancouver.

The proposal’s two residential buildings will pay homage to the great, classical buildings of Vancouver. The proposal also replaces and increases the rental housing on site, provides childcare spaces, a new park, and streetscape improvements.

The West End Plan, approved by City Council in November 2013, designates Alberni Street for taller buildings and higher density to deliver funds for local amenities through Community Amenity Contributions. The proposal for 1444 Alberni Street and 740 Nicola Street is being considered under the West End Plan.