A small grove of cherry blossom trees in the heart of the Alberni Street luxury retail strip has been removed to make way for more high-end retail space.

The trees were located in a privately-owned publicly accessible plaza space at the foot of the Grosvenor Building, located approximately mid-block on the north side of Alberni Street between Burrard and Thurlow streets.

Development plans by Kingswood Capital Corporation to build a two-storey, 6,200-square-foot retail space for luxury retailers were approved last year by the City of Vancouver. The project faced some opposition from local cherry blossom enthusiasts and supporters of retaining the plaza space, to the extent that it spawned an online petition addressed to City Council.

The property owner has not announced the brands that will occupy the new retail space, although occupation is expected sometime early next year.

Downtown Vancouver continues to be an attractive market for international retailers to establish a presence, but there is a lack of both suitable existing retail space and sites where purpose-built retail space can be built.

This space shortage is particularly an issue on the luxury area on Alberni Street, which is less than two blocks long, and is forcing retailers to find creative and non-traditional ways to squeeze in a location.

Last summer, a 7,000-square-foot Dior flagship store opened inside a newly renovated space at the Fairmont Hotel Vancouver, on the eastern tip of the luxury zone.

Other recently opened luxury brands on a single city block of Alberni Street, between Thurlow and Burrard streets, include Lao Feng Xiang Jewelry, Jaeger-LeCoultre, and Brooks Brothers. Tiffany & Co. is expanding its 2006-built footprint to include a second level in space currently occupied by the Kamei Royale Japanese restaurant.

The Carlyle building on the southeast corner of Alberni and Thurlow streets was once occupied by a 7-Eleven and a food court, but the lower levels of that building have since been gutted and recladded with a white granite facade for Prada, Moncler, DeBeers, and Tory Burch.

Across the street from the three-storey flagship Prada store, three new retailers have opened at the new 745 Thurlow office tower over the past year: Versace, Strellson, and Brunello Cucinelli.

And over at the Shangri-La Vancouver Hotel, the current western end of the luxury zone, the lower level is home to a flagship Burberry store. A new Rolex store with an Alberni Street storefront is set to replace the hotel’s Xi Shi Lounge, and an opening is scheduled this summer.

Over the coming years, the lack of space on Alberni Street will force the luxury zone to expand into peripheral areas, including lower-end retail and restaurant spaces on Alberni Street west of the Shangri-La hotel and on West Georgia Street. For instance, Italian luxury brand Stefano Ricci will open in the lower level of Trump Tower Vancouver this spring. 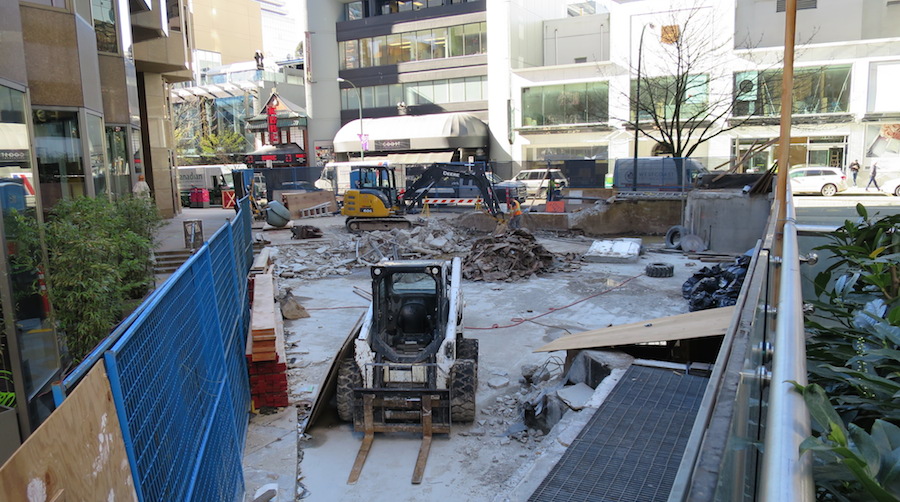 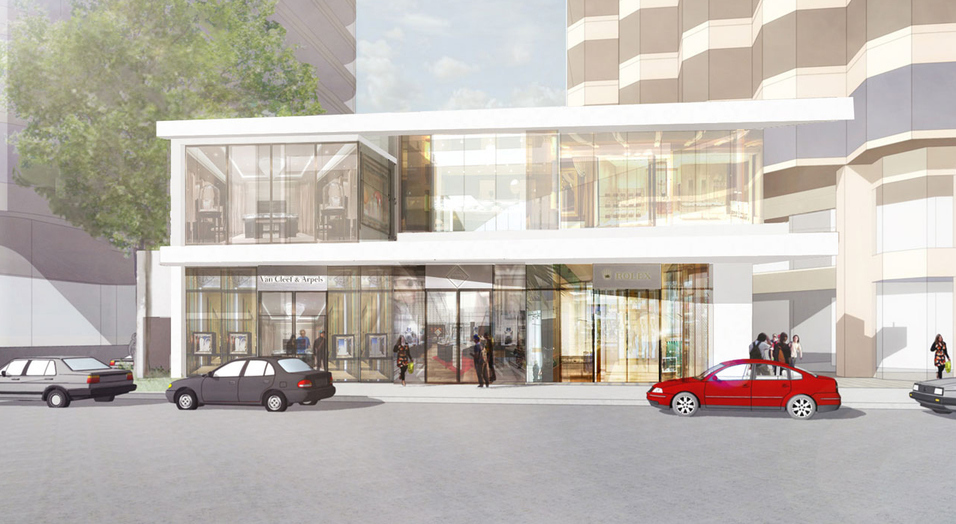 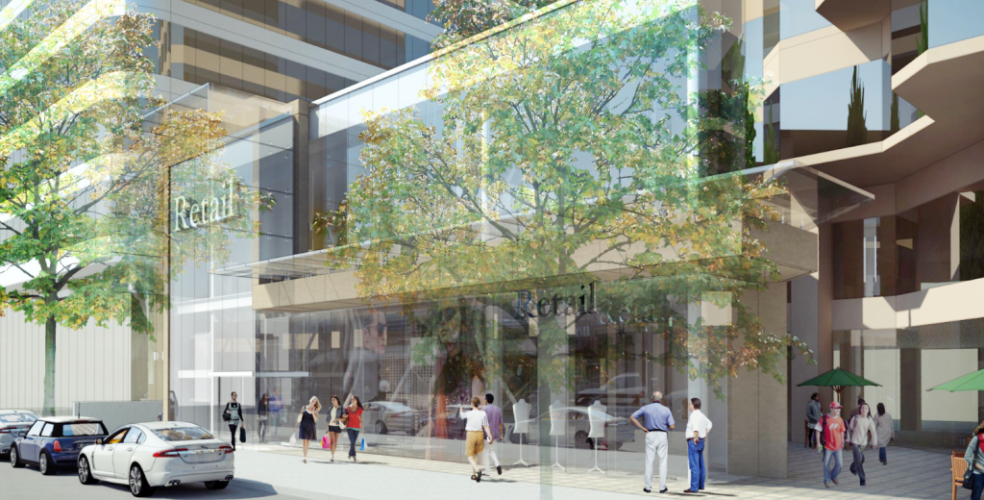