Metro Vancouver Regional District and Environment Canada have issued a joint air quality advisory for the Metro Vancouver region due to high concentrations of fine particulate matter caused by wildfire smoke elsewhere in the province.

“Persons with chronic underlying medical conditions should postpone strenuous exercise until the advisory is lifted,” reads a statement by Metro Vancouver.

“Staying indoors and in air conditioned spaces helps to reduce fine particulate exposure. Exposure is particularly a concern for infants, the elderly and those who have diabetes, and lung or heart disease.”

Vancouverites have also been taking to social media about the smell of burning wood in the air:

The pilot on the way into Vancouver had to warning the passengers the smoke you will smell is not from inside the plane. #smokey #Vancouver

Smoke and the smell of burning is everywhere in #Vancouver !! #BCwildfire

WOW, this is unreal, u’d think downtown Vancouver was on fire. Smoke is hazy in air & smell is terrible. Far worse than earlier! #GlobalBC

The current advisory will continue until there is a change in the current weather. More sunny and hot weather is forecasted for Vancouver throughout the week.

This morning, smoke from wildfires in the B.C. interior blew down the valley and into the Metro Vancouver region.

Some of the smoke is also from the Sechelt wildfire 60 kilometres northwest of Vancouver. The blaze has not been contained – it has grown from five acres to 200 acres within just four days. 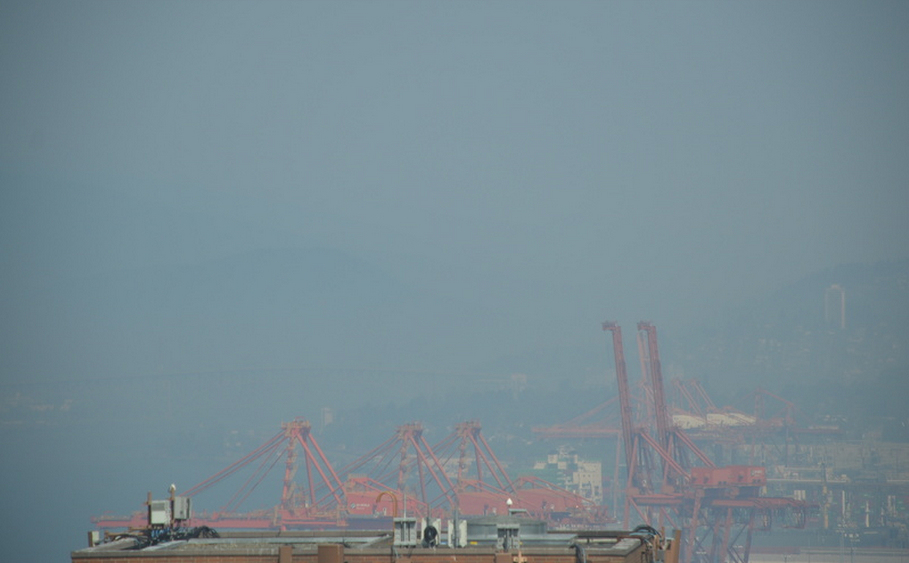 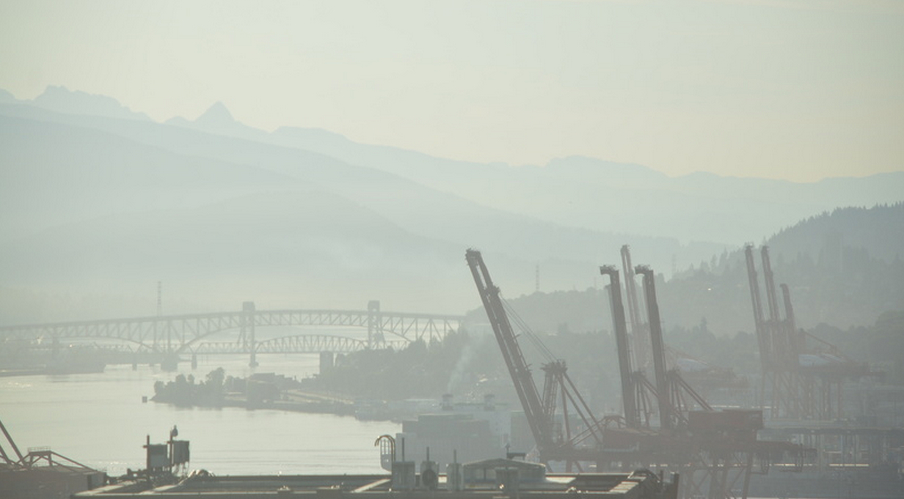