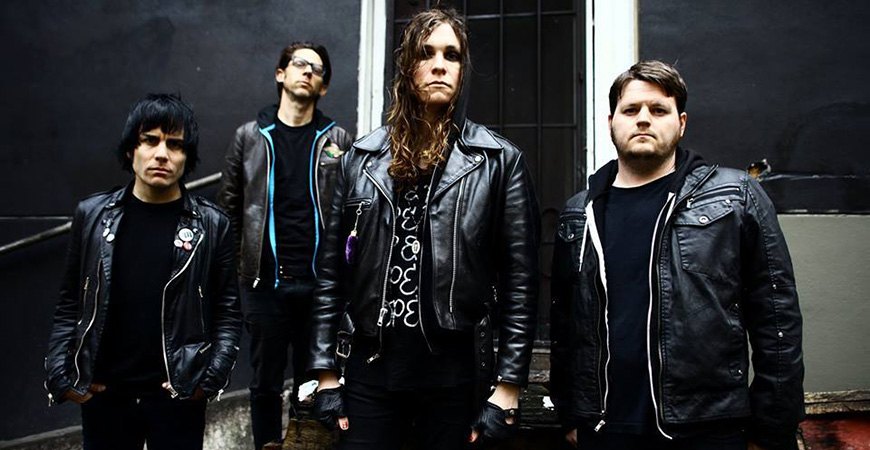 American punk rock band Against Me! are coming to Vancouver, playing the Commodore Ballroom Tuesday, October 25.

Composed of Laura Jane Grace (vocals/guitar), James Bowman (guitar/vocals), Inge Johansson (bass), and Atom Willard (drums), Against Me! are a driving force in the punk scene with six studio albums to their name and an anticipated seventh full-length album Shape Shift With Me on the way, out September 16.

In 2012, Grace, The Against Me! frontwoman came out as transgender; 18 months later, she released the band’s sixth album, the fiery Transgender Dysphoria Blues, one which she began working on before her transition and helped document the personal struggles she was facing.

Now, four years after Grace’s public reintroduction, Against Me! is ready to release their new album, which the group will support with a headlining tour that will take them across North America, the UK, the Netherlands, Switzerland, Germany, and Austria.

Tickets are available Friday, August 26 at 10 am via Live Nation.

Against Me! Vancouver 2016 Concert