Due to an unprecedented sellout of their seasonal adults-only After Hours, Vancouver Aquarium has added a second night on Thursday, August 20 – the last chance to explore the Sea Monsters Revealed exhibit without the little monsters underfoot before it ends on September 7.

Through the groundbreaking polymer preservation technique, commonly known as plastination, Sea Monsters Revealed shows you the inside and outside of some of the most intriguing aquatic life ever to be featured on dry land – and you can do it all with a beer or glass of wine in hand.

Get up close and personal with full-sized, preserved specimens of sharks, squid, fish, rays and more and learn about how science and ocean exploration have dispelled the myths of monsters of the deep. You can even take in Sea Monsters 4-D: A Prehistoric Adventure in the 4-D theatre. 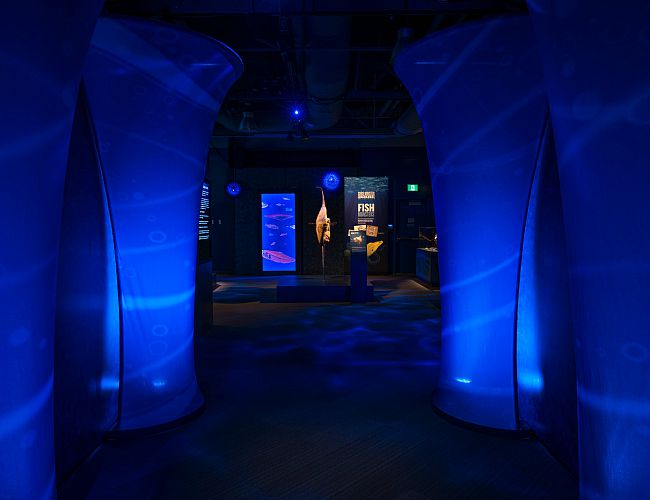 To enter to win a pair of tickets to the adults-only After Hours at Vancouver Aquarium featuring Sea Monsters Revealed on Thursday, August 20, do at least one of the following:

3. Leave a comment below telling us your favourite exhibit at the Vancouver Aquarium. (1 entry)

Contest entries will be accepted from time and date of publishing until 11:59 p.m. PST on August 17, 2015. One winner will be chosen at random and contacted through the platform they enter by.

*This is a 19+ event. Photo ID is required for entry.
*No tickets available at the door.

For more information and to purchase tickets, visit vanaqua.org/afterhours.