This tortoise is a long way from home and it is now in the care of the Burnaby SPCA.

Eddie, an African spurred tortoise, was recently found by an individual near Simon Fraser University’s Burnaby Mountain campus and brought into the SPCA.

These species of reptiles are native to the southern edge of the Sahara desert in northern Africa and require highly specific diets and living environments should they be brought out of their natural habitat.

“These tortoises belong in the desert. They can live up to 150 years and can weigh up to 200 pounds, and pet owners may not realize how hard it can be to provide for their needs,” says Dr. Sara Dubois, chief scientific officer at the BC SPCA. “Eddie can out-live several owners. The fact he was found as a stray is even sadder since he could have easily been killed by a car. Leaving him to fend for himself alone is horrible.”

Local laws currently do not prohibit the sale of these turtles. SPCA staff are aiming to relocate Eddie to a sanctuary that caters to his species.

“There are very few reptile sanctuaries and many are full – yet another reason why people shouldn’t own exotic pets,” Dubois added. “We just want to encourage people to research exotic animals and their needs if they’re considering purchasing an exotic pet. Hopefully that will lead them to think twice before buying a pet they shouldn’t have.” 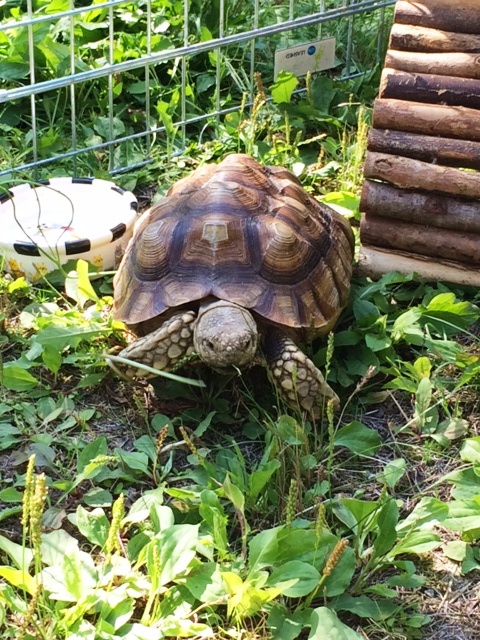 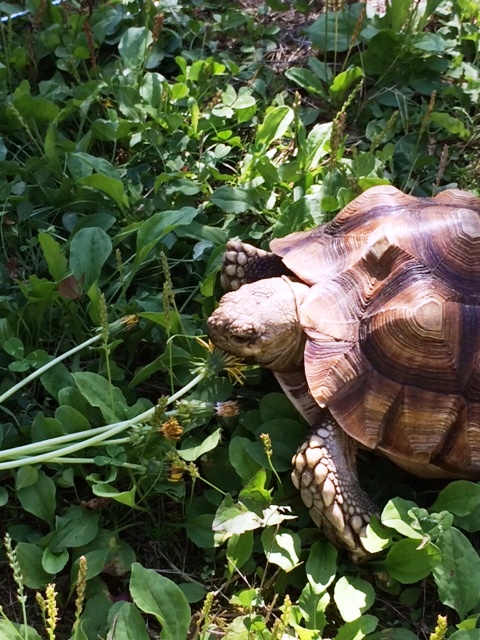