Yoga’s reach has become worldwide. Everyone from every corner of this Earth has begun to experience it’s benefits. In the case of Africa Yoga Project, Yoga’s benefits include creating jobs for those who would otherwise be living in poverty.

Africa Yoga Project is a not-for-profit organization founded in 2007 by Paige Elenson and her partner Baron Baptiste, two American Yoga teachers. Their goals were to create jobs, educate and empower people in the impoverished areas of Nairobi, Kenya.

Not only did these women reach their goals, but they exceeded them. Their growth since 2007 has been nothing less than extraordinary. Over 5,000 people participate in more than 250 community yoga classes weekly in 80 locations. More than 52 young people, trained as teachers by Baron Baptiste, are earning a living wage by teaching yoga to people who otherwise would not have the opportunity.

Check out these amazing pictures which show how the Africa Yoga Project community finds joy in Yoga. 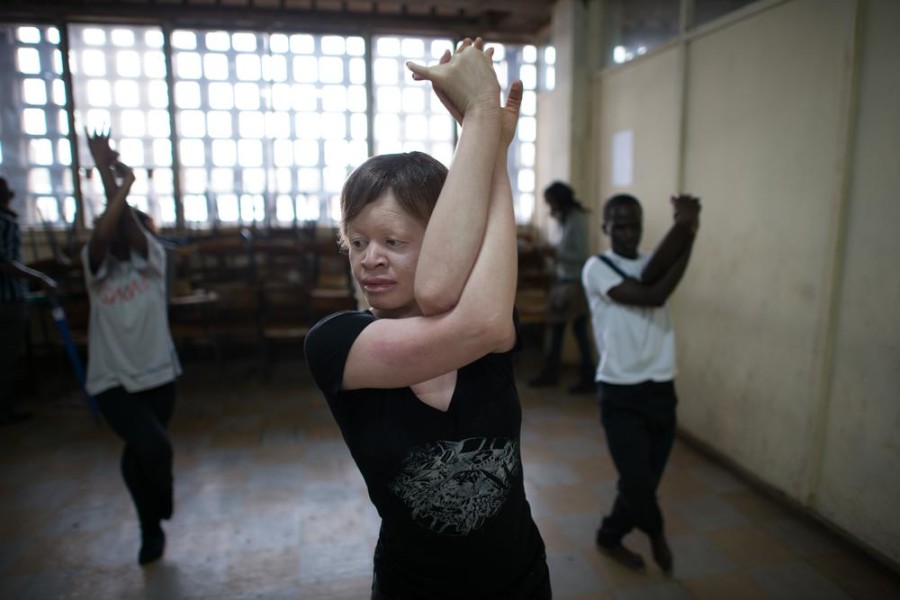 Sarah Neilesa, 21, stretches during one of her first yoga classes as teacher at the Nairobi Aviation College. Sarah is affected by albinism but says she feels empowered through yoga. 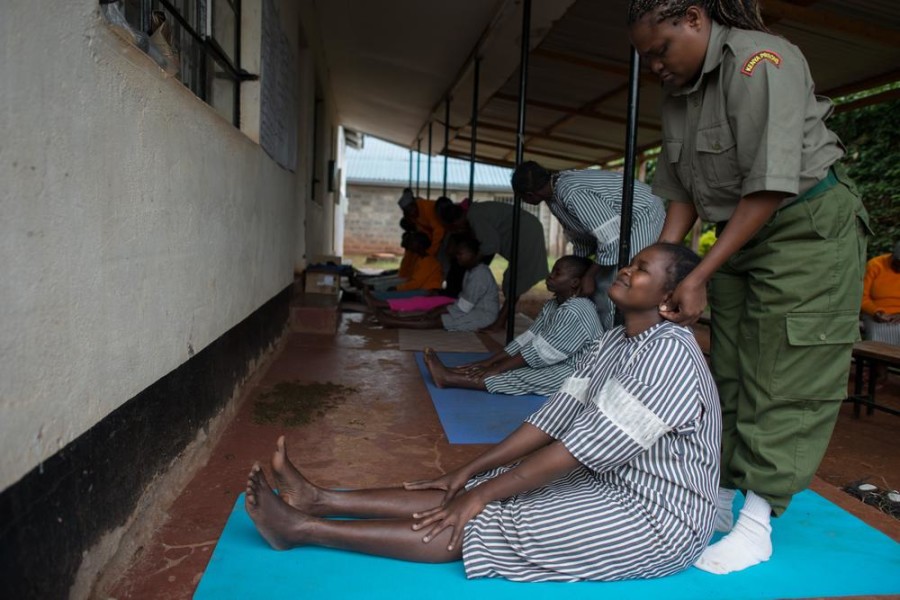 A guard massages a prisoner during a yoga class in Langata Women’s Prison. The prisoners attending the class are not necessarily guilty, some are awaiting trial. Sharon, a prisoner, said: “When I do it, I don’t feel neglected but I feel loved.” 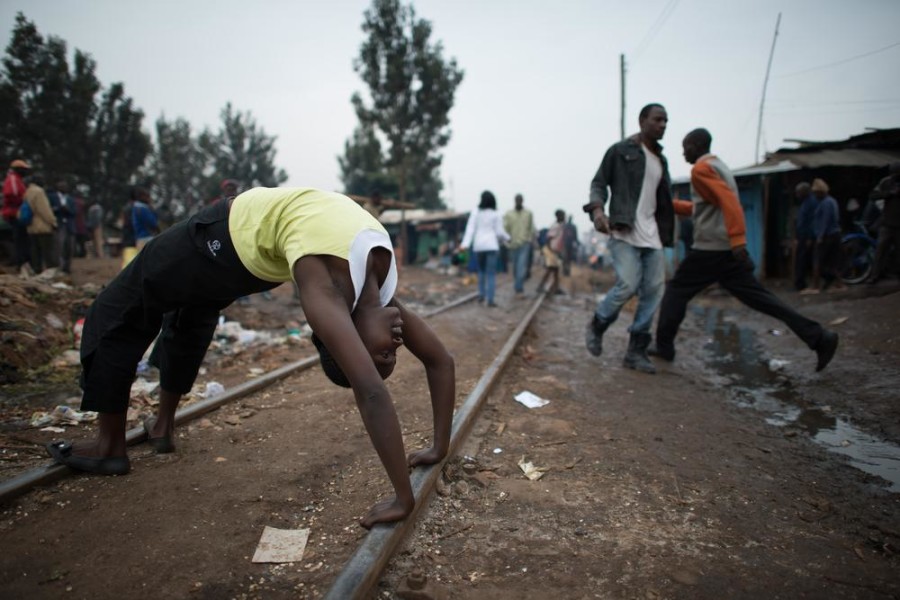 Susan Njeri, 23, practices the Wheel Pose on the railway line at the entrance of Kibera. 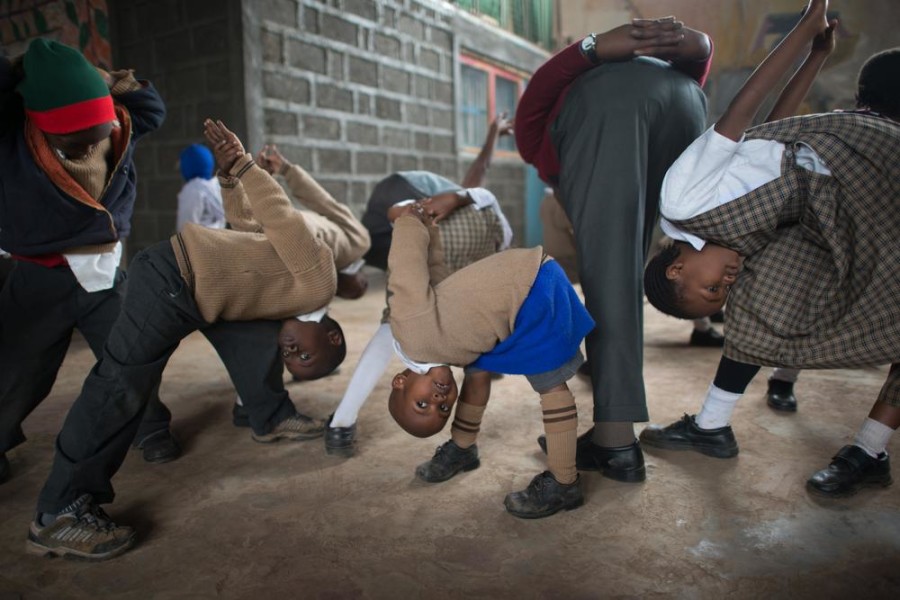 Children stretch during a yoga class at the Hafra Hope Academy in the Kangemi slum. 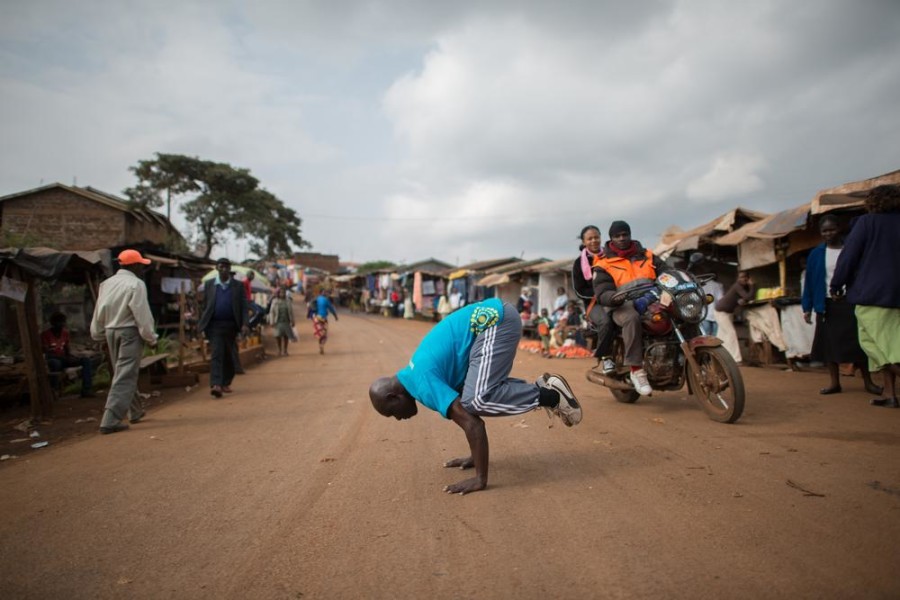 Samson Muhalia, 53, practices the Crane Pose in the Kangemi slum. He worked for UN Habitat for 21 years before becoming a yoga teacher.

See the rest of the images on Aljazeera.