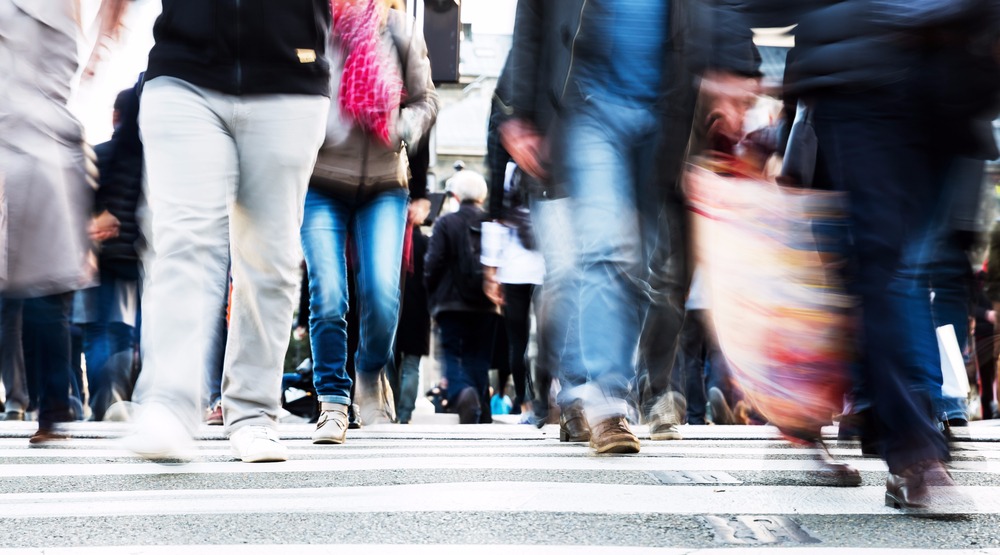 Written for The Canadian Press by Stephanie Levitz.

A new poll paints a picture of anxiety and economic pessimism among Canadians — and helps to explain why the question of affordability has become the dominant theme of the federal election campaign.

But if the latest Leger survey is any indication, Canadians remain unsure about which party is best placed to ease the pressure.

Leger asked people to choose a statement that best describes their personal situation. Twenty-six per cent said they have a decent income, but are having trouble making ends meet and can’t get by; 13% said their income was too low and they were going
into debt.

In the 35-54 age bracket, 36% of respondents said they were struggling to make ends meet, even with a decent income, while 15% reported going into debt, the highest in all age groups.

No wonder, then, that the Liberals, Conservatives and New Democrats all spent the campaign’s first week making pitches focused squarely on that family-friendly demographic, said Leger vice-president Christian Bourque.

“They probably have similar data showing them there’s a sweet spot there of people who feel life is tougher,” Bourque said.

The poll, conducted between September 13-17, surveyed 1,598 eligible voters selected from Leger’s online panel; internet-based surveys cannot be assigned a margin of error because online polls are not considered random samples.

In that window, the Liberals promised to expand the childcare benefit program, take the taxes off maternity and parental benefits and create more after-school childcare spots. The Conservatives unveiled a suite of tax credits and benefits to reward the parents
of active, arts-oriented kids. And the NDP promised to lower cellphone and internet bills and build more affordable housing.

The parties are trying to differentiate themselves on the issue, but whose policies can actually get to the heart of it is complicated, said David Macdonald, senior economist with the Centre for Policy Alternatives.

Tax cuts or benefit increases are immediately gratifying, but things like adding daycare spaces, which take time, may have more impact in the long term.

“You may want to pay everybody who has got a child $100 a month, but that doesn’t reduce the $1,700 fee they have to pay for childcare in Toronto,” Macdonald said.

None of the promises, however, are moving the needle just yet: 36% of those surveyed said they didn’t know which political party was best-positioned to make life more affordable.

Where people live also affected how they answered the question.

In Ontario, respondents were evenly split between the Conservatives and Liberals, while in Quebec, the Liberals led by 5 percentage points. In BC, there’s a much wider spread — 25% backed the Tories, 14% the Liberals.

Defining what makes something affordable is also complicated, say economists and social policy experts. While affordable housing has a generally accepted definition — no more than 30% of a person’s income — there is no economic definition for other items, like daycare, bus passes or cellphone fees.

“Affordability has a positive ring to it, but it means very different things to different people.”

If the comparison with the middle class brings back memories of the 2015 campaign, it should. That election, said Bourque, was dominated by the fight for those voters, and at some point, they zeroed in on Justin Trudeau as the one hearing and responding to
those concerns.

The early part of the 2019 effort has been setting the stage for a similar branding exercise, he suggested.

“What we are really talking about is financial security — a sense that some Canadians feel financially strained, maybe worried about debt load, maybe anxious about their long-term finances (ie: retirement), maybe anxious about how they’d handle an unexpected
expense and feeling like they don’t have a cushion,” she said in an email.

And like the middle class, the elasticity of “affordability” makes it a perfect campaign message, said Philip Cross, a senior fellow at the Macdonald-Laurier Institute.

Most people, Cross said, have an idea in their minds of what sort of home or car they ought to have.

“Once they add up all that, if there’s no money left over, they go, ‘My life is unaffordable,”’ he said.

“From a politician’s point of view, it’s perfect — I’m going to make your life more affordable’ basically says, ‘I’m going to give you more of all the things you want.’ Well, that’s irresistible.”