Brendan Megannety of Explorers Press just might be the most laid back person you’ll ever know. Enter his shared studio space and you’ll most likely find him reclining at his desk, casually responding to emails or messing around in Illustrator.

Built up from selling just a few items online a couple years ago, Explorers Press has grown into the ultimate lifestyle brand. Based out of Vancouver, Megannety uses the brand as a platform to design, produce and ship out accessories made specifically for adventure all around the world. 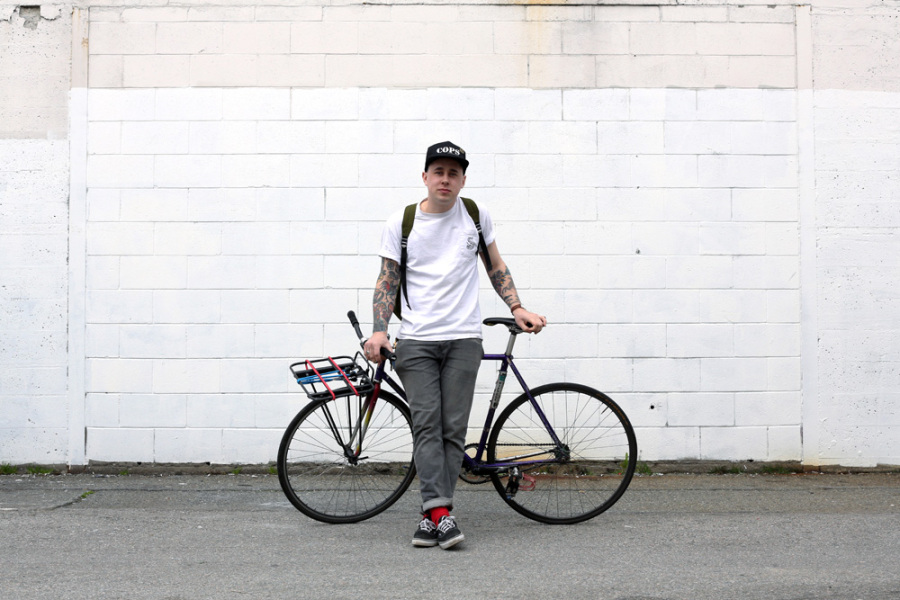 We got a chance to meet up with Megannety recently to talk about slogans, trends and how his life and his brand are really one and the same.

Tell us about yourself.

I’m Brendan Megannety and I own Explorers Press. It’s a general accessories brand where we make stationary, apparel, patches and pins.

A lot of your inspiration for the brand comes from the West Coast and from when you were a Boy Scout. Although recently, when you were living in Toronto, you spent a lot of time exploring the city in an urban setting. After experiencing both, do you have a preference over the two?

I mean, I like both. I think it’s really about having a mix of the two. When I was in Toronto you had to drive something like four hours to really get outside of the city and into nature. So I spent a lot of time getting into abandoned stuff and exploring the tunnels in the city. Now that I’m back in Vancouver, I’m really getting into nature again. I find that nature is more relaxing opposed to the nerve wracking feeling of getting into abandoned stuff, but then there’s kind of a rush there too. So yeah, I don’t prefer one over the other but I like being able to just chill out here in Vancouver. 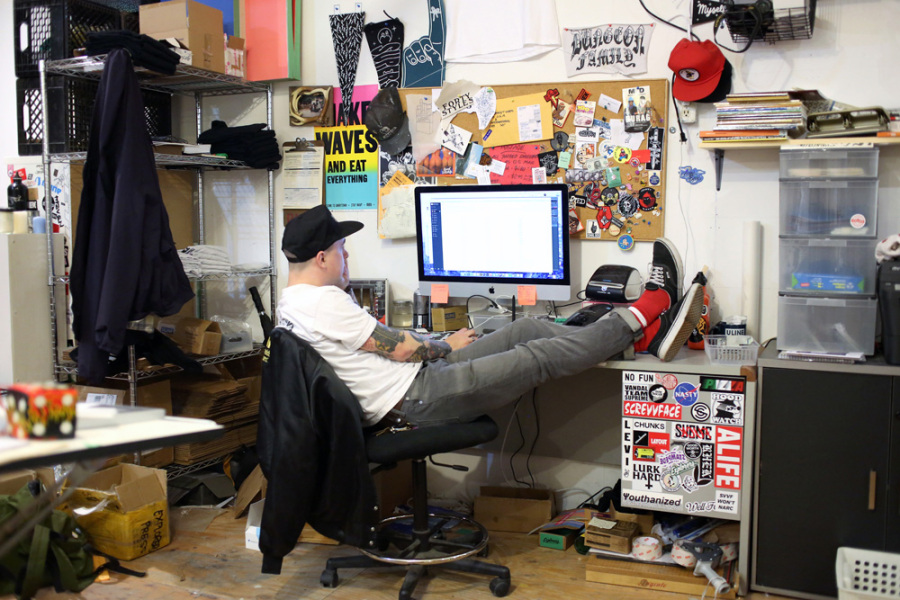 I also read that you sail as well?

Yeah I grew up sailing! My dad actually bought a boat the year I was born and we’ve had a boat in Point Roberts [Washington] my whole life. It’s a nice luxury to have you know, access to a boat.

So all the artwork for your brand, besides the collaborations, is done by you, right? Can you tell us a little more about your process for coming up with your designs?

I usually start with an idea or a slogan and from there I’ll just draw on paper. The final step would be to bring the sketch into Photoshop or Illustrator, clean it up, and add colour. I’m not really stuck to one process though, sometimes I’ll work straight from the computer. 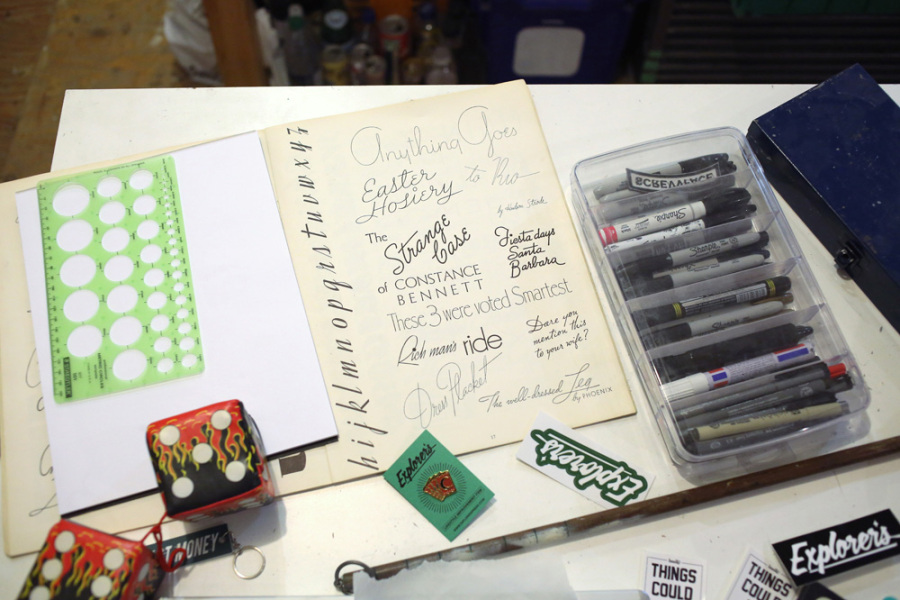 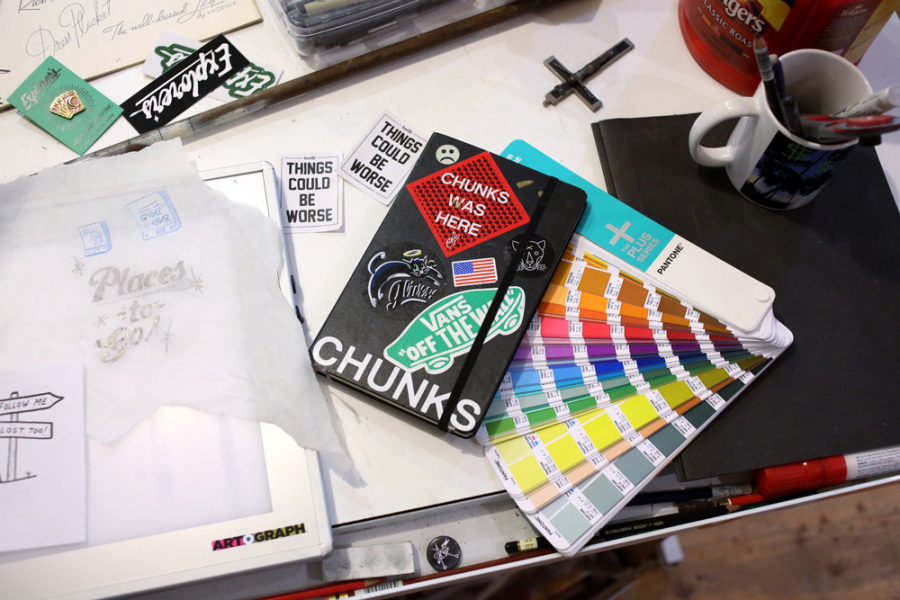 All your skills are self taught as well?

Yeah I never went to school for design or anything. I’m still learning though, like I didn’t learn Illustrator until almost 2 years ago and I probably use it for most of my design work now. I’m always learning new skills and I don’t really think school can teach you how to be creative.

Before you did Explorers Press full-time, you were working as a screen printer in Toronto. Before that, what other kinds of other jobs did you have? Do you think that experience helps you with what you do now?

I worked on and off in a bike shop and as a bike courier in Toronto. I don’t know if that really has anything to do with the brand, but I did spend a lot of time going on bike trips and stuff which lends to the whole vibe of the brand. 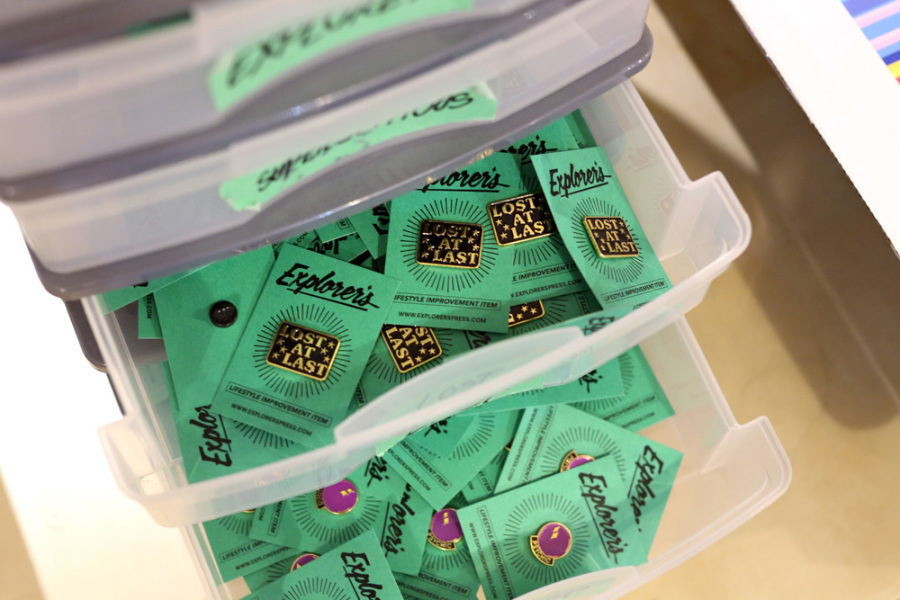 Yeah for sure. A lot of the people I used to hang with in the bike world, they wear and support Explorers Press. So I’d say it’s not a direct influence for imagery or anything, but it’s still a big part of my life.

As far as fashion goes, one could say that pins and patches are really trendy right now. There’s also a lot of new brands popping up that are doing similar stuff with a different creative style. Do you consciously pay attention to these trends at all?

When I started doing Explorers Press, Goodworth was the only other spot that was making pins and some other brands were doing patches. I don’t pay too much attention to that stuff because I find a lot of it is pop-culture related and I don’t really care about that kind of stuff. I mean, it’s crazy to see so many companies doing it and at the same time, I support anyone that wants to start their own company.

My goal is to just find out what the next thing I want to do is, and just go do it. I want to make more socks, hats, maybe belts, stuff that I would use. 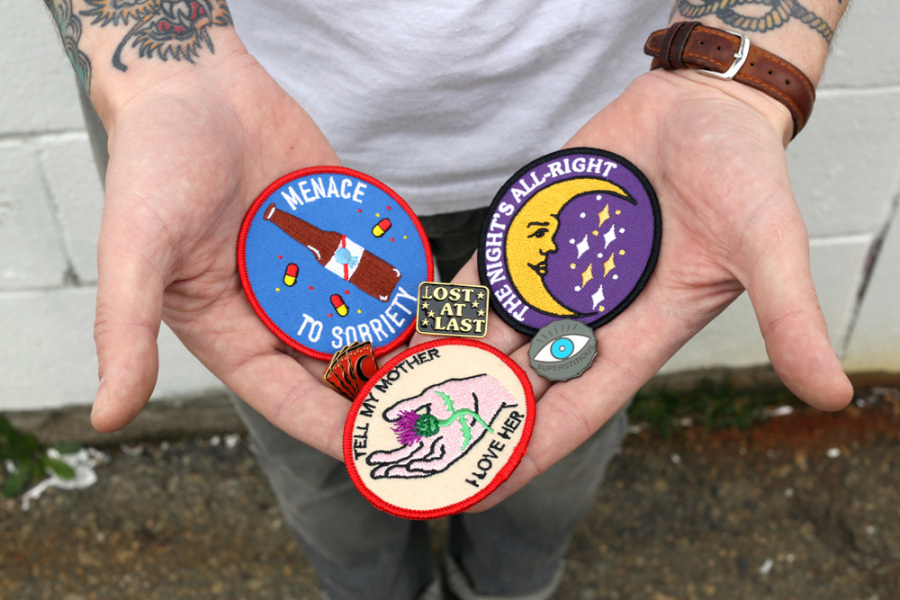 I also saw that you collect a lot of vintage pins and patches. Is there anything in your collection that’s really rare or sentimental to you?

I’ve always collected transport pins, like trucks and trains since I was pretty young and I have a huge collection of those. I really like the stuff I have from the 70s with slogans like “Sit On It.” I just like looking at them for inspiration; I think I have way too many though.

A big part of your lifestyle and your brand is travelling. Where haven’t you been before, but you really want to go?

I really want to go to Fiji. It looks amazing! I always end up going to Europe, the UK or the States and I never seem to go anywhere tropical. 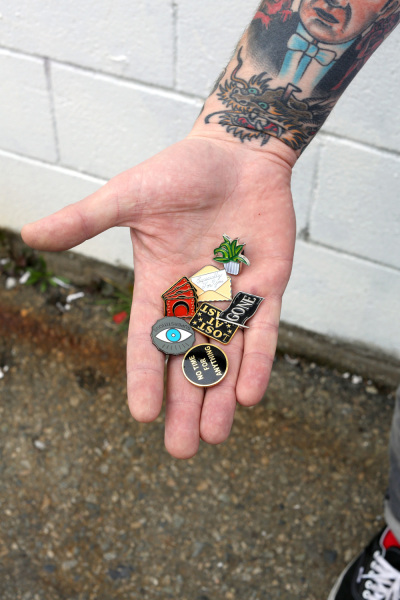 On top of everything else you do, you’re also a photographer. Do you ever have shows for your work or is it something you do just for yourself?

Yeah for photo stuff, I’ve shown all over the world. I actually did a show in London last summer! I’ve shown in San Fransisco and New York still try and do photography but I’ve taken it down a notch because the brand keeps me really busy. I really like photography but having the brand is really nice because it’s stable and I have absolute freedom with it.

Explorers Press products can be found both online and in retailers like The Shop, Antisocial, Still Life and The Pleasant in Vancouver.