The events of late make it quite clear that Mother Earth is in a precarious disposition. As time goes by our natural resources are increasingly being exploited without a second thought. Some of us go on with our lives with rose-tinted spectacles, and then there are those like Mike Schauch and his team of adventurers, musicians, photographers, and cinematographers who take their passions and create a way to share an important message in the up-and-coming adventure documentary “Colours of Edziza.” 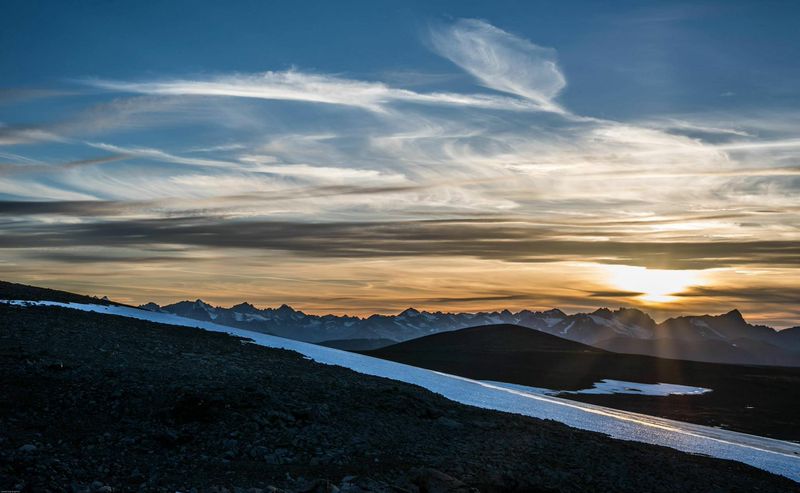 I had the pleasure of chatting with the expedition lead/producer and co-director Mike Schauch, and the composer for the film score, Thomas Beckman. As a passionate mountain climber, Schauch describes the terrain they traveled with much enthusiasm, saying the land was “truly alive with living colours” due to the heavily mineralized nature of one of the most untainted environments existing today. The land is actually B.C.’s own backyard, the Tahltan First Nation territory of northern British Columbia.

His team consisted of a very eclectic mix of Tahltan natives, Canadians and many others from around the globe. The documentary captures their trek through one of the most naturally intact terrains in the world, and it was there that this diverse group unveiled a truth that so many of us have become oblivious to. 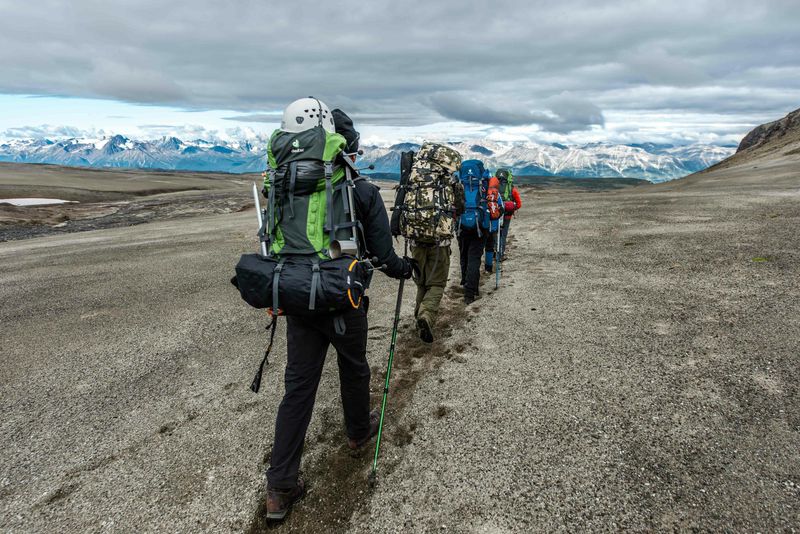 We want to share the urgent message that no matter who we are or where we’re from, it is possible for us to respect the land and all of life on Earth. This can only happen if we finally start to respect ourselves and each other 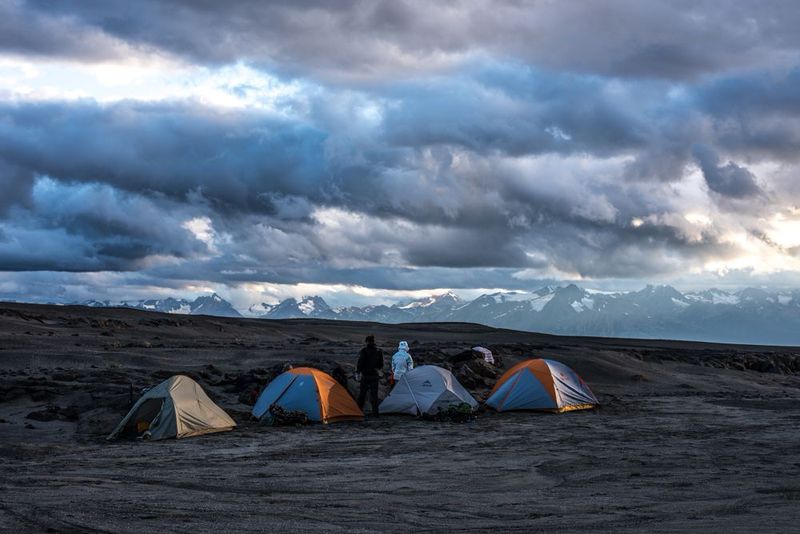 Schauch elaborates that it was the capricious, unpredictable, and sometimes merciless demeanor of their environment that helped them come across this important revelation, “To make it through all of the challenges, we had to come together to find the best way forward.” Sometimes there were disagreements within the group, but it was necessary to respect each other’s opinions.”

“Colours of Edziza” reveals that matters of life and death were contingent on coming to a mutual understanding of each other. I was very much intrigued by this because it seems like such an obvious fact of life that should come naturally. The fact of the matter is that more and more of this world is becoming skewed from its natural form due to human obstruction, and that is affecting the natural order of social interaction and vice versa. The reality is that true respect is not a façade of “being nice,” it is understanding another’s point of view and acknowledging it. Thomas Beckman elaborates on this notion of empathy that is slowly eroding from society and social interaction, “In our age of consumerism we are becoming so caught up in our little worlds that we forget what really matters. We have to look beyond the dollars and cents. We have to start putting the value of life as a top priority.”

Beckman, who is also the violist in Vancouver’s beloved local band, Sons of Granville, is currently working on the film score for “Colours of Edziza.” Schauch brought Beckman on board when he came across Beckman’s transcendent and narrative style of music which is a quality that is enhanced by the deep warm timber of a viola’s tone. His background as a classically trained violist who lingered to the volatile and dynamic world of busking gives his craft a unique and emotionally evocative edge that attracted Schauch. “How can we bring the emotion to the film?” Schauch found his answer in Beckman’s music. 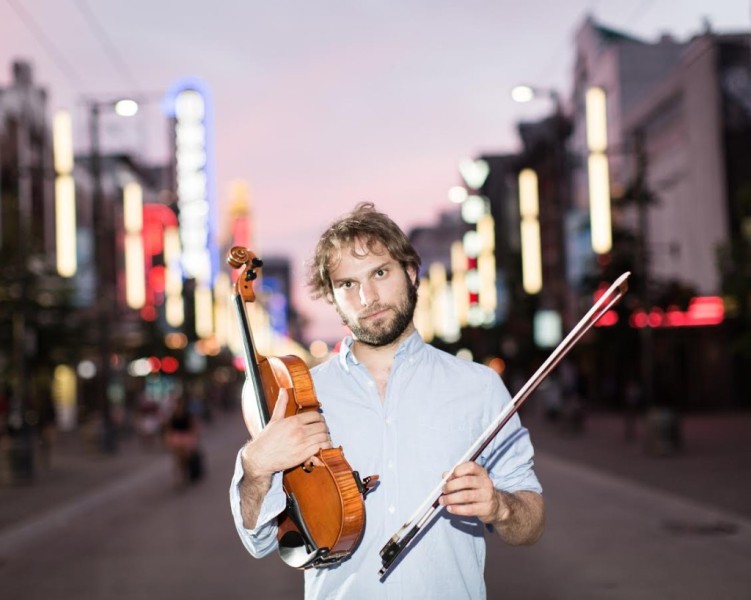 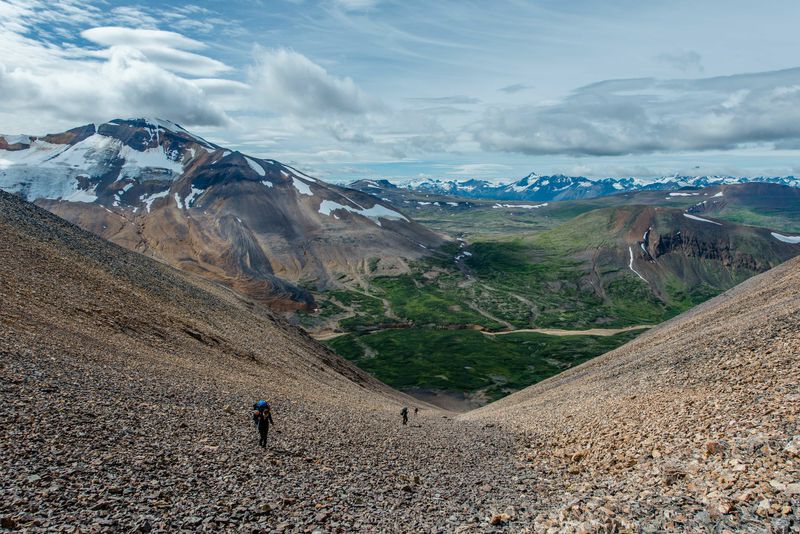 So now the team has all of the footage, talent, and the maestro behind the film score, and this is where you come in.

Schauch and his team need to raise 25,000 dollars to complete the project – editing, recording the soundtrack, marketing, and so much more. The “Colours of Edziza” indiegogo campaign page shows you the awe-inspiring trailer and how you can donate. There are also some pretty snazzy perks. So if you are passionate about environmental conservation, the future of our planet, and the message of respect, then please spread the word and donate. Learn more about the project and how you can help by following the links below.