The next After Hours adults-only event will be taking place at the Vancouver Aquarium on August 13, and will be the last chance to explore the “Sea Monsters Revealed” exhibit before it ends on September 7.

Through the groundbreaking polymer preservation technique, commonly known as plastination, Sea Monster Revealed shows you the inside and outside of some of the most intriguing aquatic life ever to be featured on dry land. Here’s your chance to get up close with full-sized, preserved specimens of sharks, squid, fish, rays and more, and learn about how science and ocean exploration have dispelled the myths of monsters of the deep.

Wander the exhibits with a beer or glass of wine in-hand, without having the worry about the little monsters running around, and be sure to take in Sea Monster 4-D: A Prehistoric Adventure in their 4-D theatre. 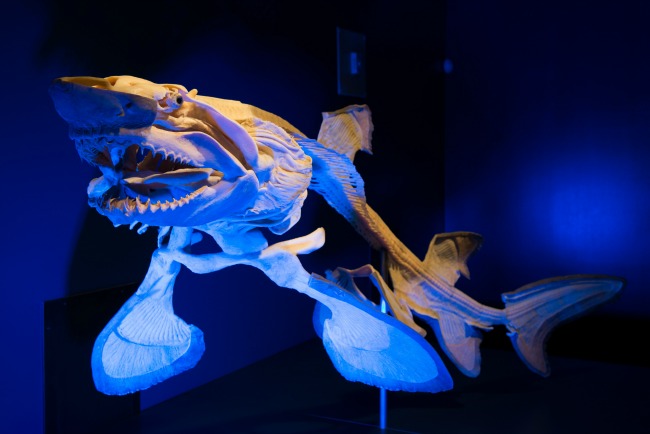 For more information and to purchase tickets, visit vanaqua.org/afterhours.

Be sure to purchase tickets well in advance since the last After Hours event sold out quick.