A lot of great family pets end up in animal shelters by no fault of their own.

This five-year-old pit bull terrier cross was surrendered when her owner became homeless and was living out of his vehicle with her.

The decision to give up his beloved dog was heartbreaking.

“It was a very emotional decision on his part, but he believed she deserved more than he could provide her,” West Vancouver SPCA branch manager Dragana Hajdukovic told Vancity Buzz.

Suzy was surrendered just before Christmas, and staff believes she continues to be passed by in favour of other pups because of her breed.

Pit bull-type dogs are overrepresented in B.C. shelters because of stigma and breed-specific legislation in many cities and stratas, says Hajdukovic. 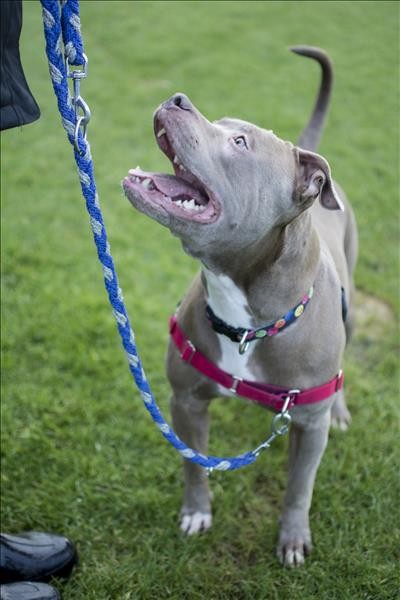 But let’s get back to what makes Suzy a great dog. This “Wigglebum” is just that: Wiggly.

She will wag her whole body when she is happy and excited, and she is very silly. She loves playing fetch and has taken to swimming like a champ.

She used to live with children, and loves spending time with kids.

Suzy is suited to being the only dog in the home, because she is still learning to be around other dogs, says Hajdukovic.

“Suzy prefers humans over dogs, and will need a home without another canine,” she says. “Suzy is very true to her breed, and would benefit from going into a home already familiar with pit bulls.”

Suzy can be found at the West Vancouver shelter, along with some other great animals.

If you have a great adoption story, or want to feature a great homeless animal in an upcoming “Adopt Me” column, write me at [email protected] 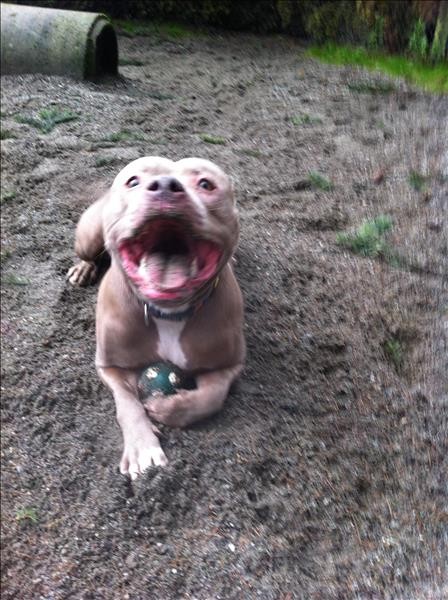 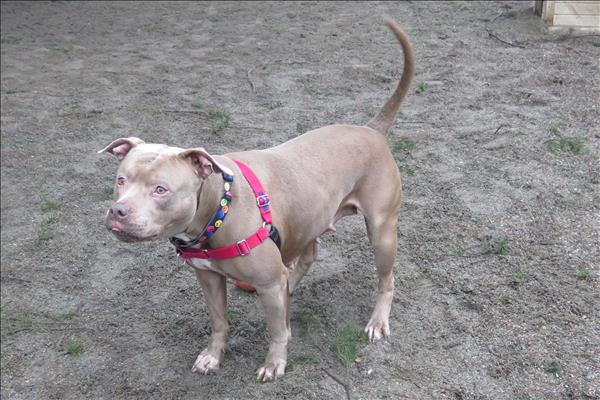 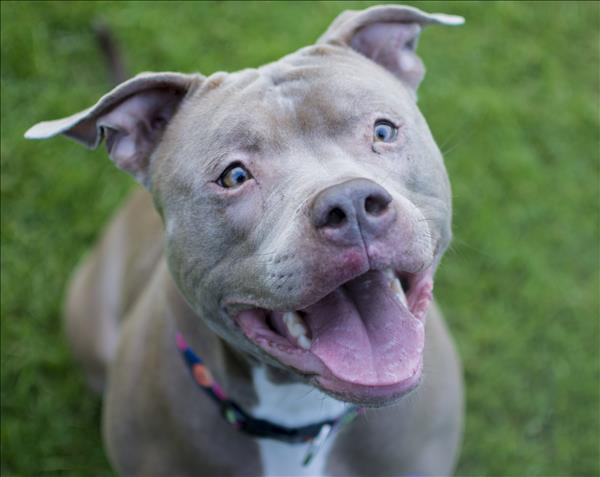 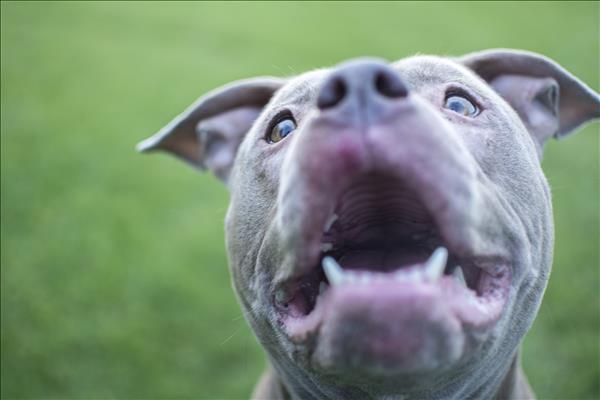