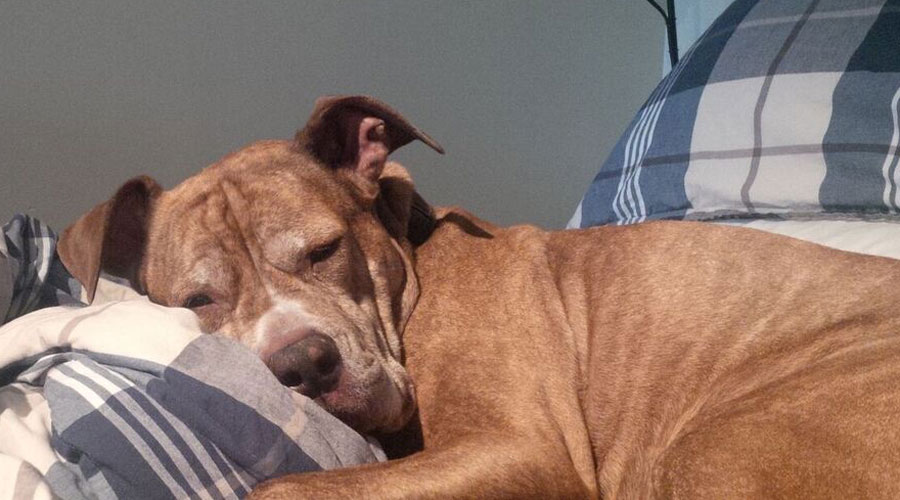 Sweet Daisy has just celebrated a very sad milestone: she has been in the care of the BC SPCA for an entire year.

When I featured this sweet girl this spring, I was certain that Daily Hive readers would help her find a home. At that time she had been in care for 300 days, but her story was shared 8,700 times on social media. Her story was viral, or at least, as viral as the story of an old unwanted “elderbull” can be.

But it’s been months, and this decade-old darling is still at the shelter. 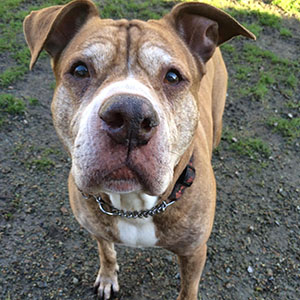 Ryan Voutilainen of the Burnaby BC SPCA branch says Daisy gets passed by for three reasons: age, previous medical issues, and her anxiety.

“She’s been doing fine in the shelter, but it’s hard. She needs a retirement home,” he said.

All of Daisy’s issues aren’t deal breakers. For her age, she’s still very active, loves the water and would do really well with someone who likes to get outdoors. She loves chasing a ball. She walks politely on leash.

As for the anxiety, having a human that works from home would be ideal. She has made great gains with training and is now comfortable being left on her own for up to six hours at a time. 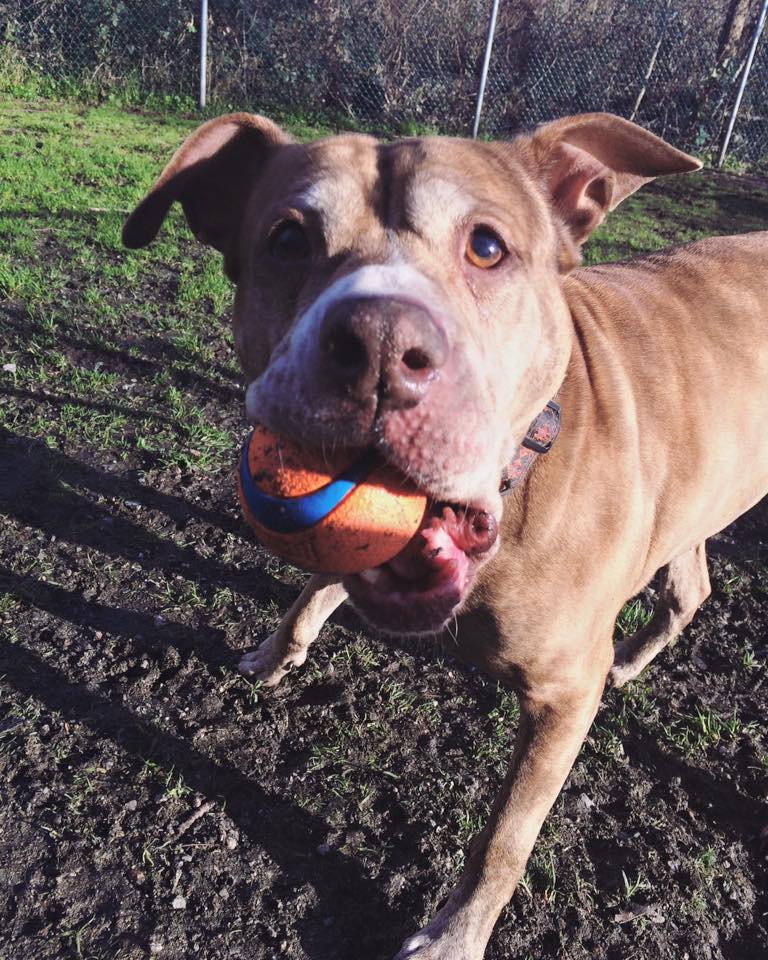 She’s been living with a foster family in an apartment, so city living is not an issue. She is selective about which dogs she like, so the shelter says it would be best if she was the only pup in the home.

Daisy was originally brought to the BC SPCA as part of a cruelty investigation, and her early life was not a happy one.

She’s only got a few years left, and wouldn’t it be lovely if she could spend it with a family that loved her?

If Daisy sounds like the companion for you, please contact the BC SPCA Burnaby Branch at 604-291-7201 or [email protected]. 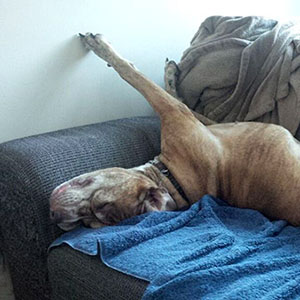