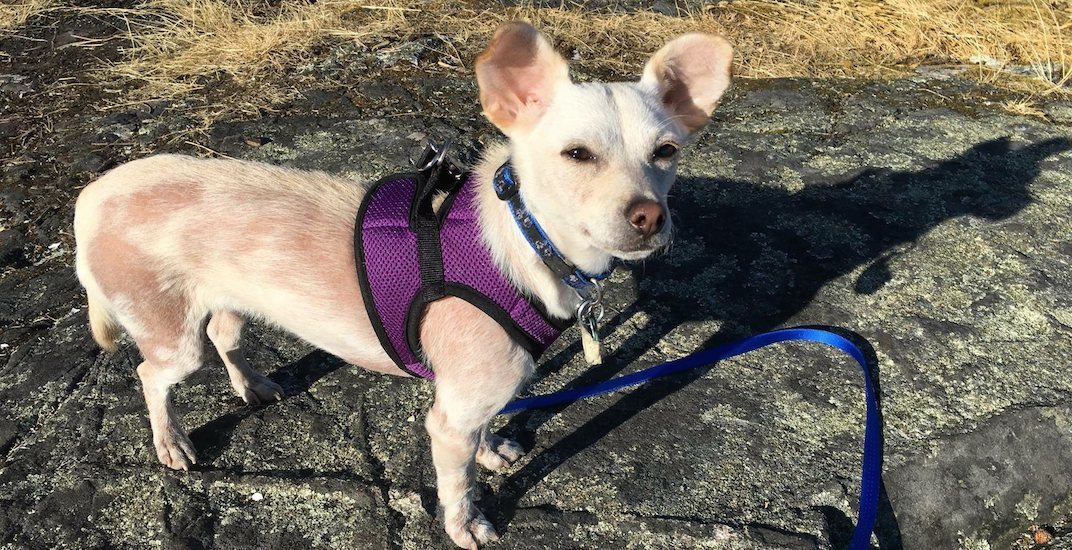 Lucy is Vancouver’s newest rescue pup and perhaps the city’s luckiest as well.

The terrier Chihuahua puppy was found duct taped into a box with her brother Ethan after the duo had been left for dead in California.

The region she was found suffers from a pet overpopulation issue, and it’s not uncommon to see small pups dumped at shelters, or worse, out in the open where they can’t be helped. 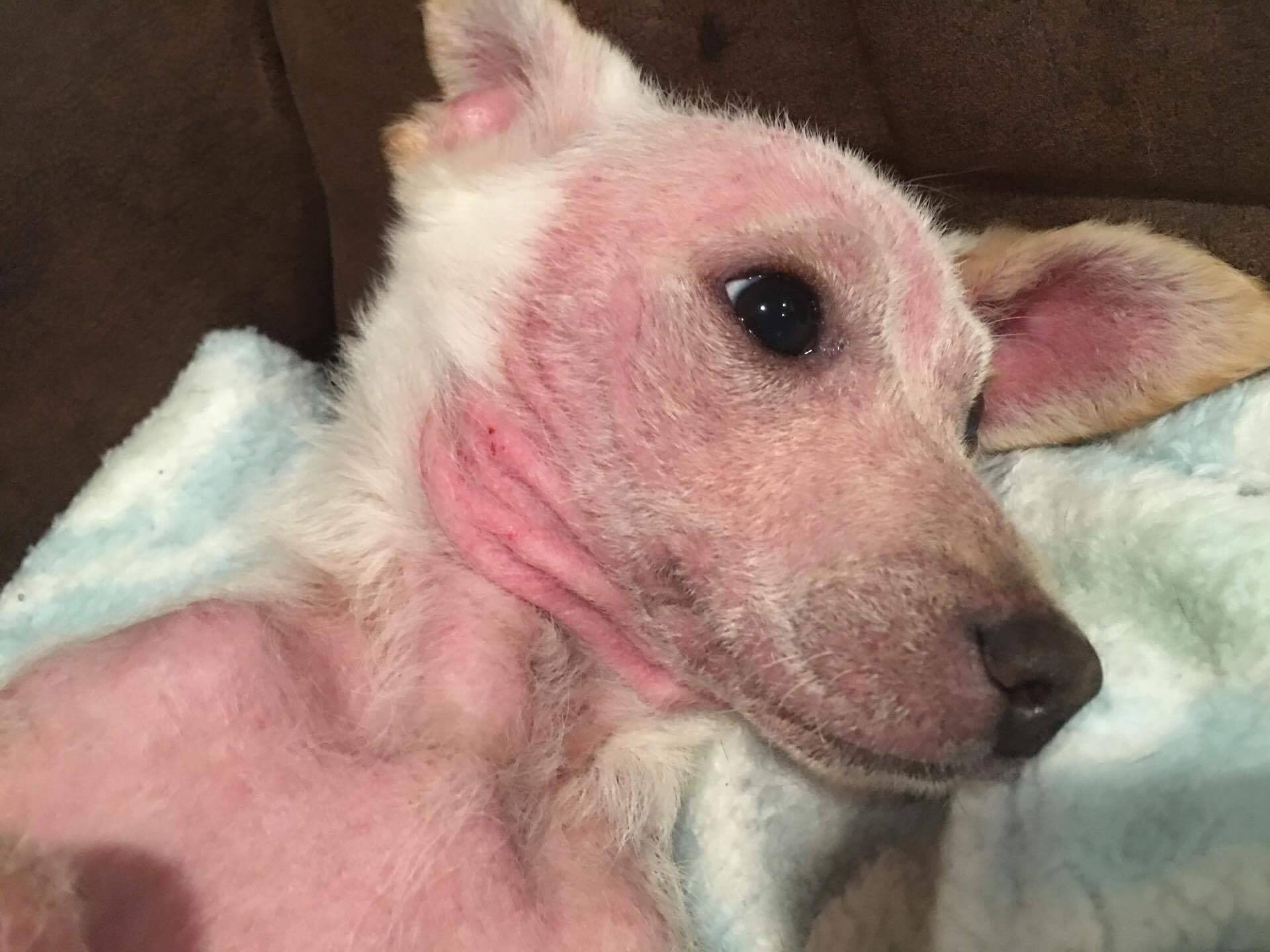 Lucy and her painful mange. (TDIAO)

But this pint-sized pup wasn’t out of the woods yet. Before being transported to Vancouver by the non-profit rescue group Thank Dog I Am Out, the wee puppy would cheat death two additional times.

The first was her bout with an excruciating and often deadly skin condition called Demodex mange, where mites live in the hair follicles. 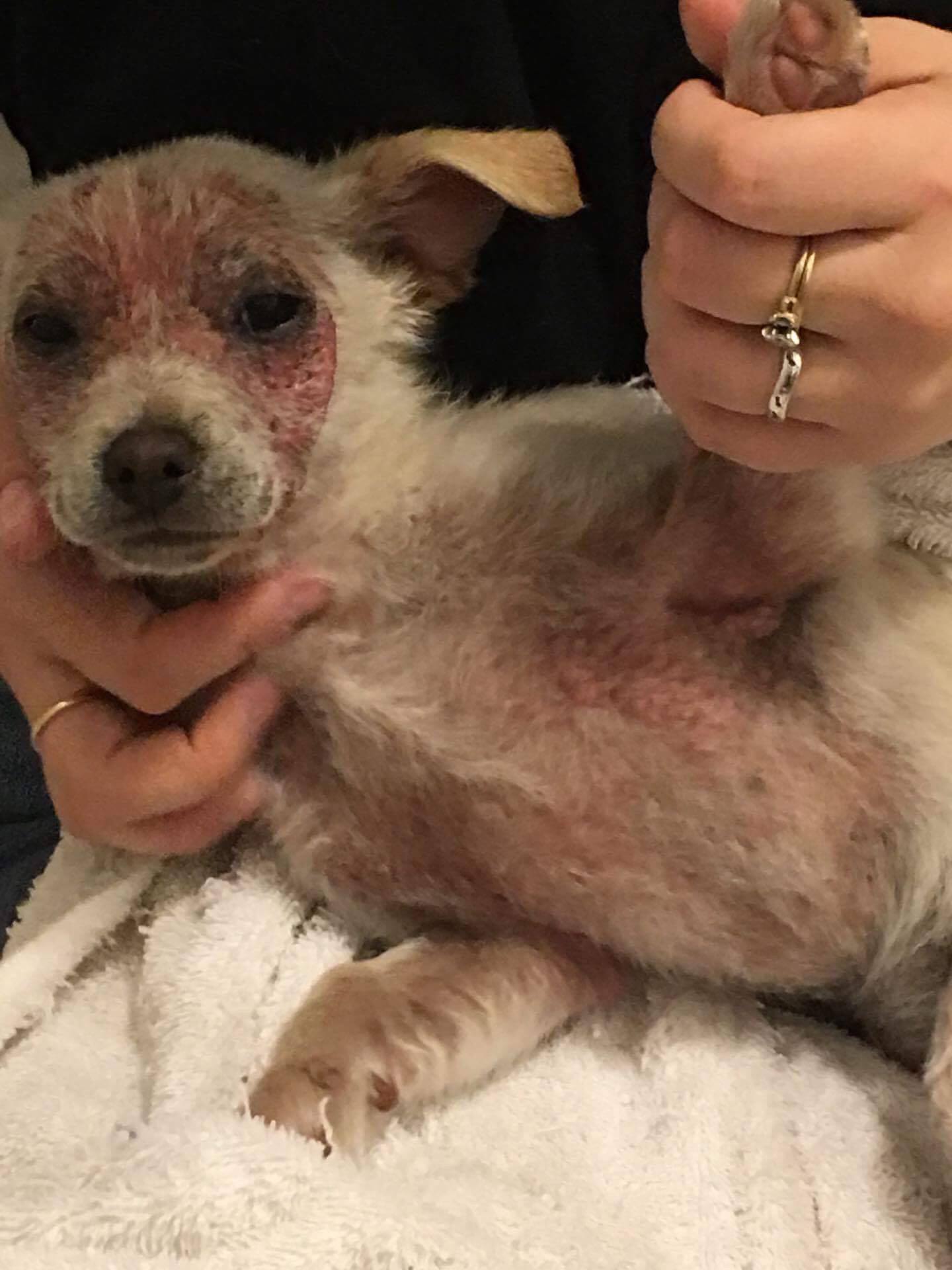 As the mites feasted on her tiny body and follicles, she lost a great deal of her hair.  Lucy needed daily baths for months to rid her tiny body of the parasites that were attacking her.

She was also exposed to a puppy suffering from Canine Distemper, a contagious and serious viral illness, and contracted it because her immune system was so weak. Sadly, the other puppy died. 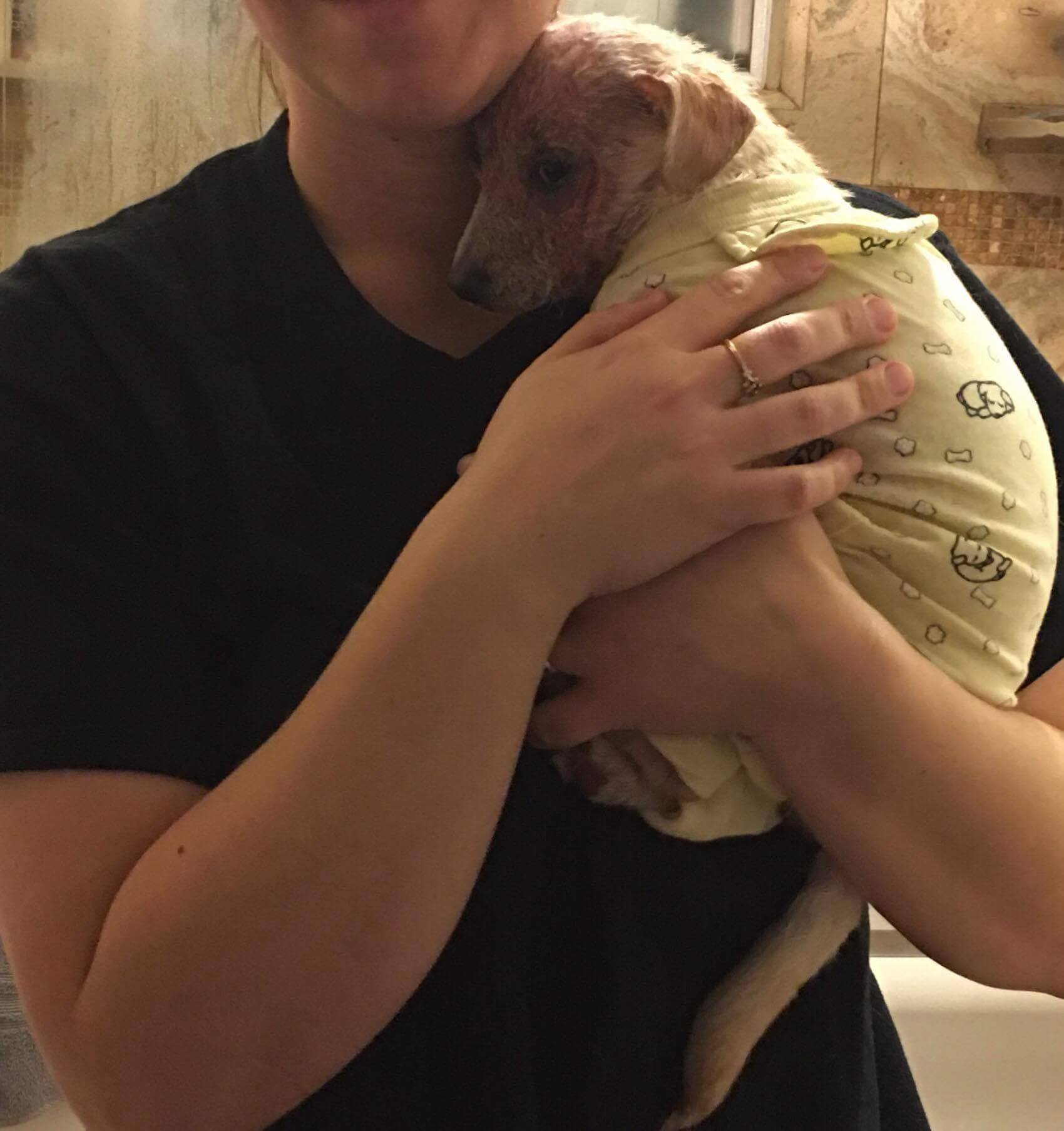 But flash forward six months and Lucy – now dubbed “The Champ” – has battled back from the brink and just arrived in Vancouver to find her new home.

A little bit about Lucy: She is 11 months old and an active, playful girl. She is very much still a puppy at heart. 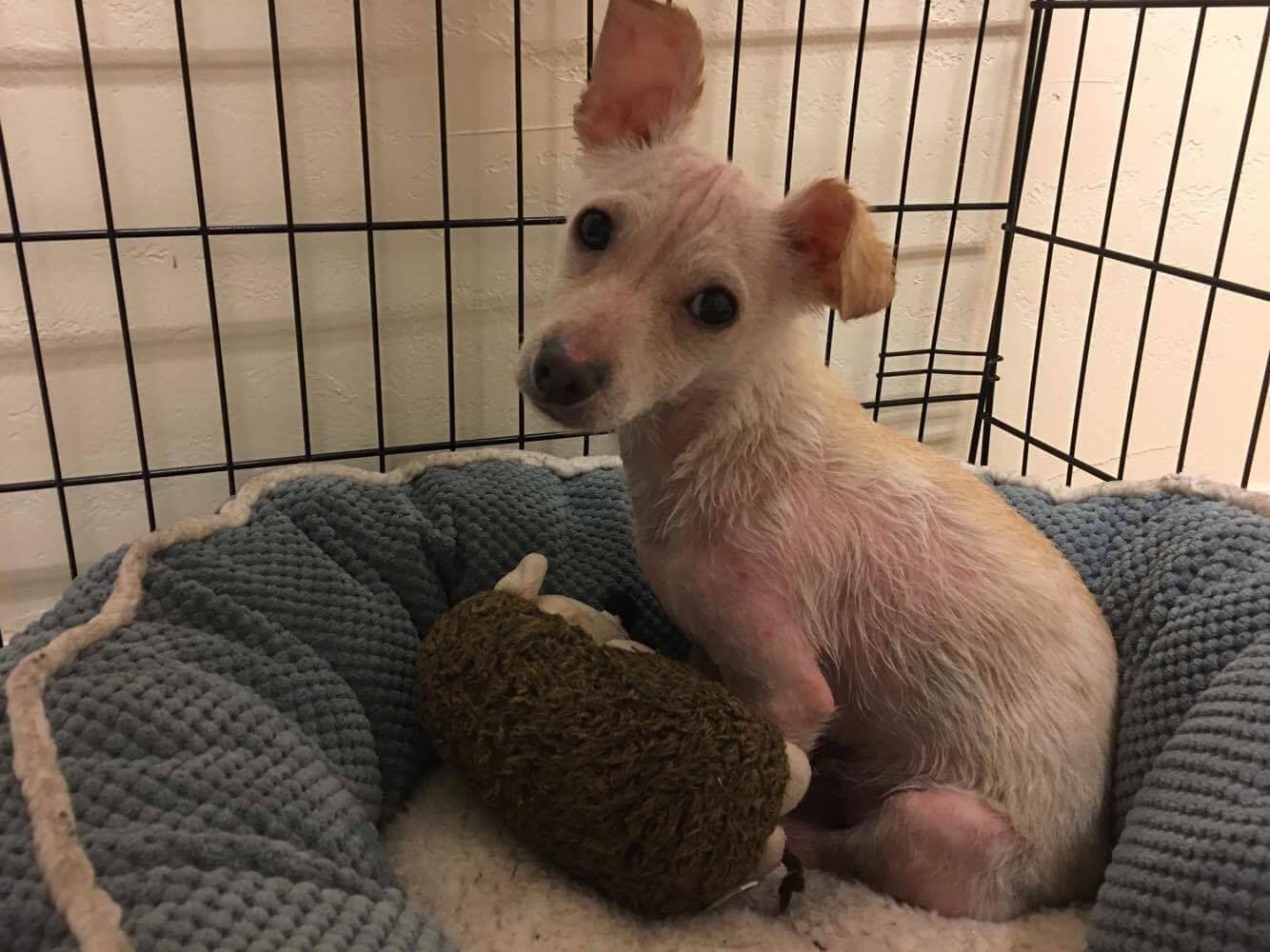 She’s got a few pink patches on her skin where the hair hasn’t completely grown back but she no longer has a medical issue.

She loves her little pink bed and sleeps well by herself. She prances like a little happy pony.

She knows how to sit and wait for a pat, or a treat. She loves long walks and playing with other small dogs. 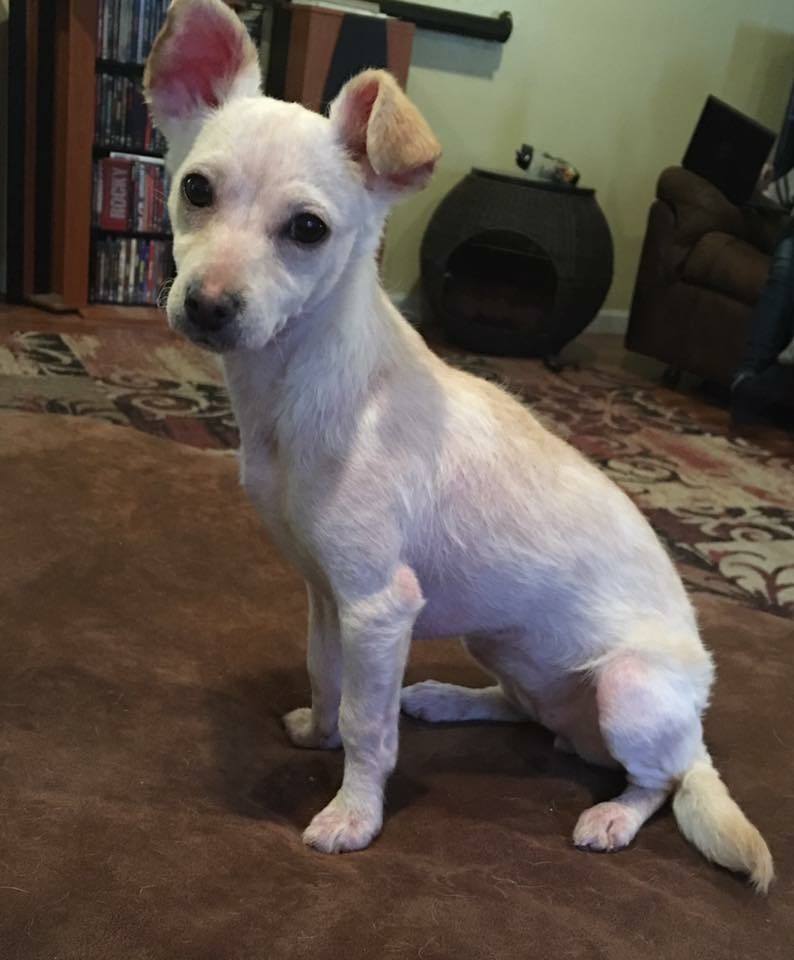 She can get fearful of new experiences but is coming along beautifully. Her foster mama, a vet, will work with her new family on how to help Lucy become more confident.

Lucy has been through an awful lot and deserves a great home to call her own.

Interested in meeting the little fighter? Send an email to TDIAO at [email protected]. 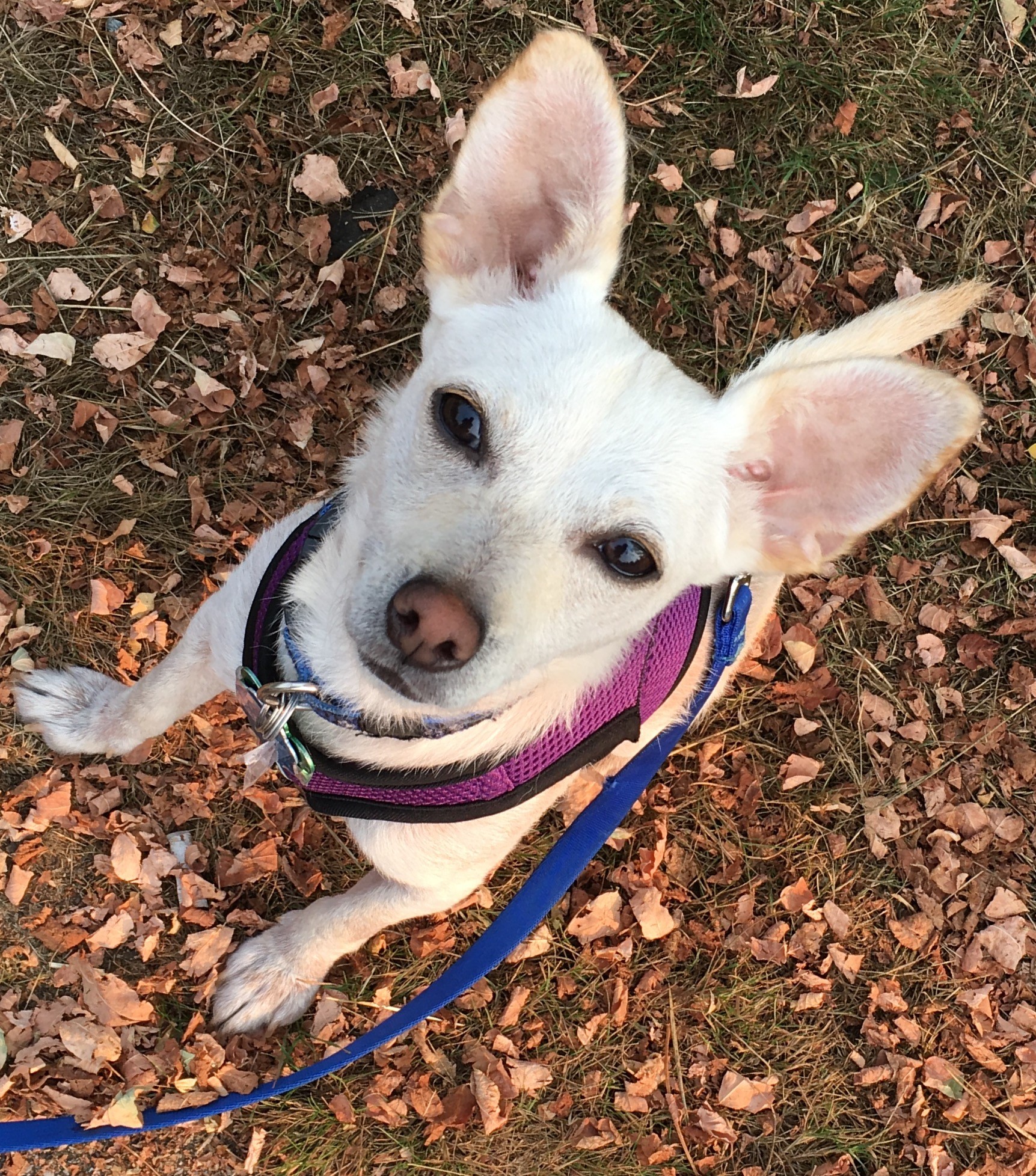 The Vancouver-area rescue is currently looking for local animal lovers to foster puppies and dogs temporarily. Learn more about the foster process here.

And if you’re a rescue hoping to showcase adoptable animals, or an adopter with a story to tell, send me an email at [email protected].