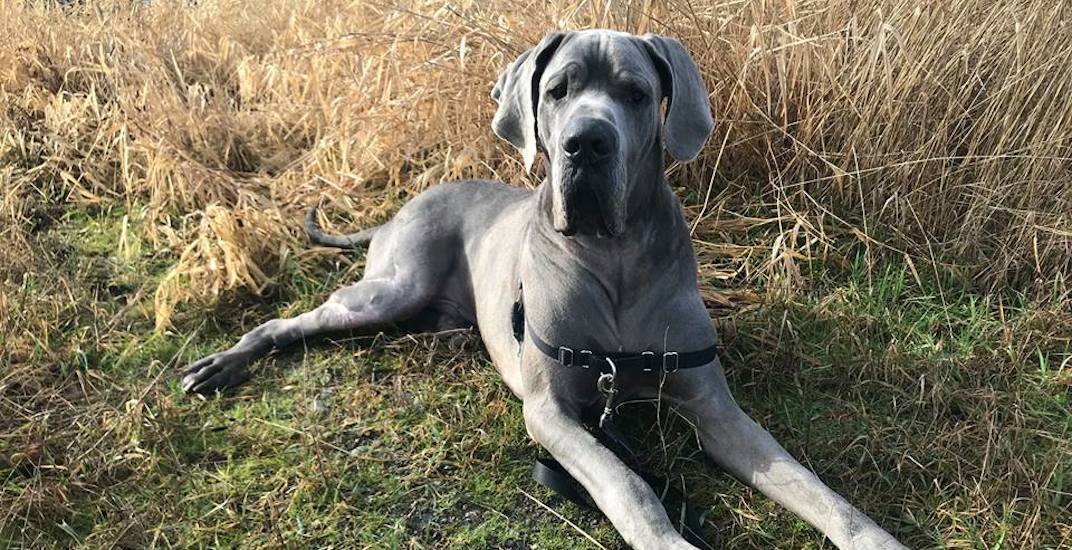 The long road to recovery for Eclipse the starved Great Dane has nearly come to an end, but there is just one thing missing: A happy forever home.

The gentle giant was found lying in the road nearly dead and was brought to the Surrey Animal Resource Centre (SARC) by a Good Samaritan in August of last year.

His prognosis was poor – grim really – and there were doubts that he would pull through, even with professional care. The handsome boy weighed half of what he should, with all of his ribs visible and protruding. He was flea infested, starving and also suffering from a large and infected mass on his leg. 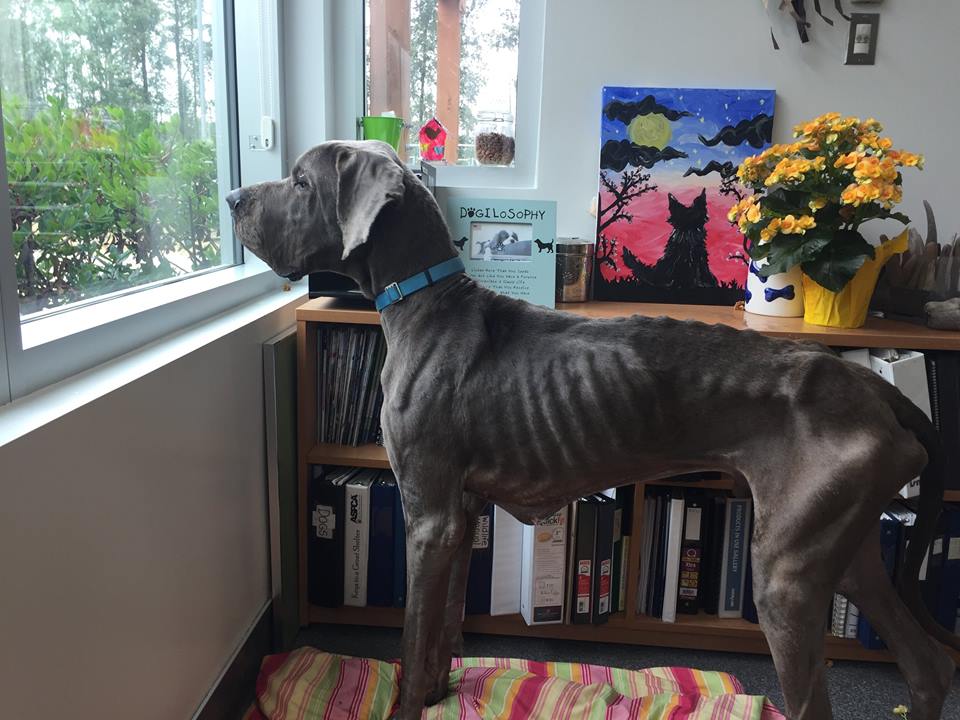 Staff named him Eclipse, after the rare solar celestial event that happened the day he was found.

The discovery of the nearly dead dog prompted an investigation by the BC SPCA, which is recommending cruelty charges against the dog’s owner. No one came to claim the dog in the shelter, and it took a lengthy hunt to track the owner down. 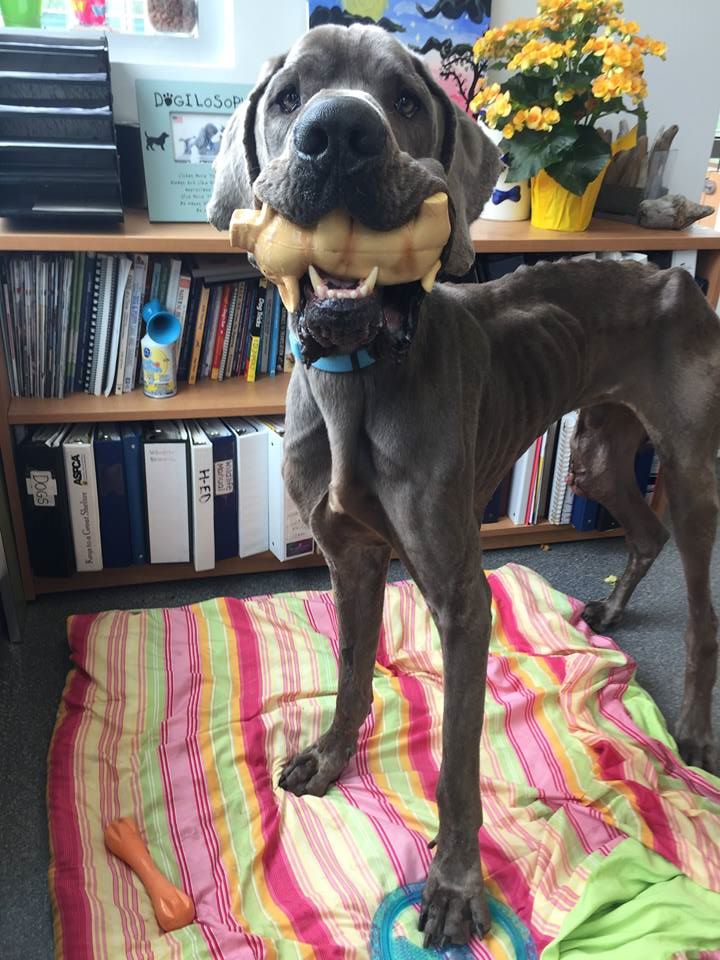 The good news is that Eclipse has thrived thanks to the loving care of SARC, veterinarians, and the foster families that have nursed him back to health in long-term care. In his first week in care, he gained a whopping 16 lbs. He was gobbling up kibble like “he’d never seen it before.”

And he is now up for adoption.

Here is what you need to know about this “exuberant” five year old. Eclipse is inquisitive and clever, but also a bit of a troublemaker because of his intelligence. He can “easily learn to open doors and get through windows,” says SARC. 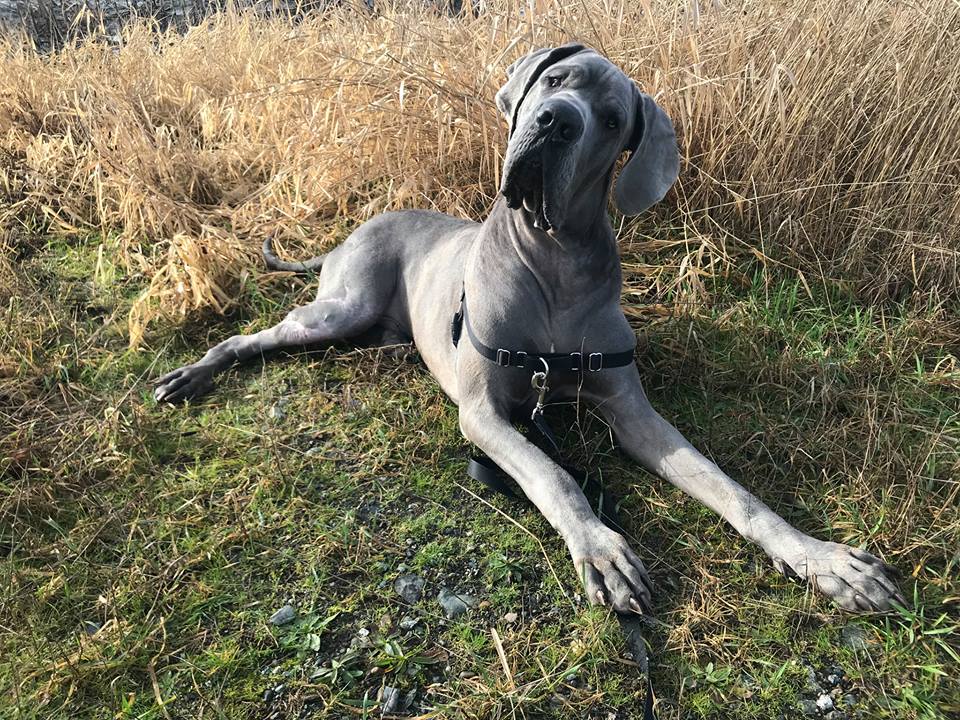 His ideal home will be cat-free. It should also provide mental stimulation and enrichment, things like interactive toys and puzzles, or perhaps K9 nose work.

He has lived in a home with other large dogs and would do well with a well-matched pup.

Eclipse is sweet and affectionate and loves attention.

Contact SARC for more information on this gentle giant.