Premier Christy Clark received a lot of flack for her plan to close the Burrard Street Bridge on International Yoga Day on June 21, and now a group is planning to protest the event.

International Yoga Day, an event created by the U.N., happens to fall on the same day as National Aboriginal Day. Some people feel the Premier is ignoring Aboriginal people by holding a large $150,000 yoga event while having no scheduled events for Aboriginal Day on the same scale.

A Facebook page titled “Decolonize Burrard Bridge on National Aboriginal Day,” which has 2,000 likes at the time of publication, plans to disrupt the “Om The Bridge” event.

“We encourage the people of Vancouver go to the Burrard Street Bridge on June 21 and use all the event infrastructure paid for with tax money for what it should have been earmarked for in the first place: National Aboriginal Day.”

Clark sent out a controversial tweet earlier today as a message to naysayers of her International Yoga Day event: 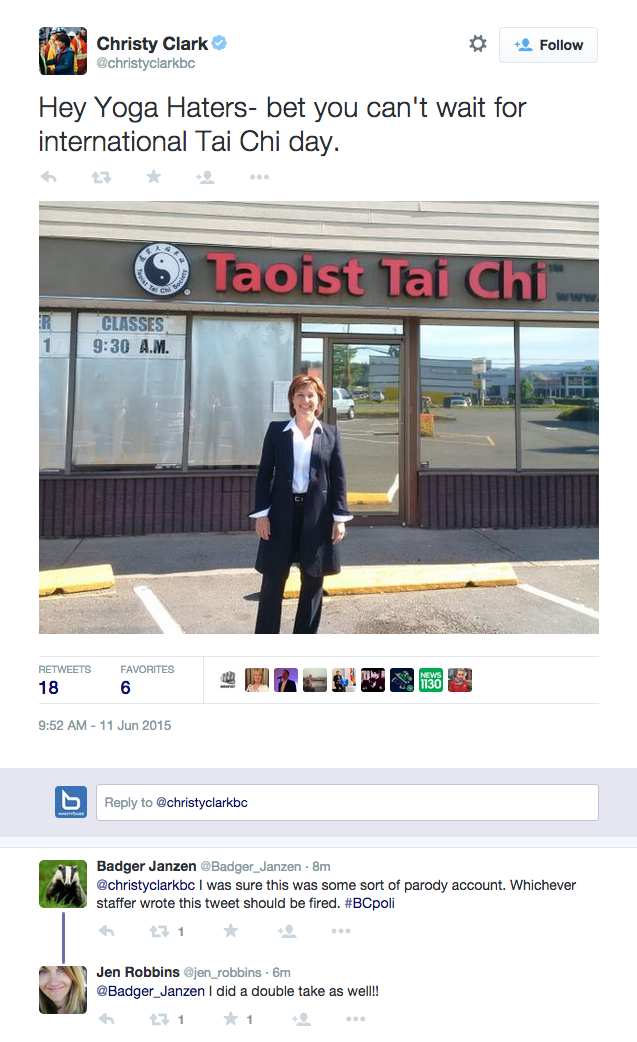 In a press conference, Clark dismissed the tweet as a bit of “self-deprecating humour.”