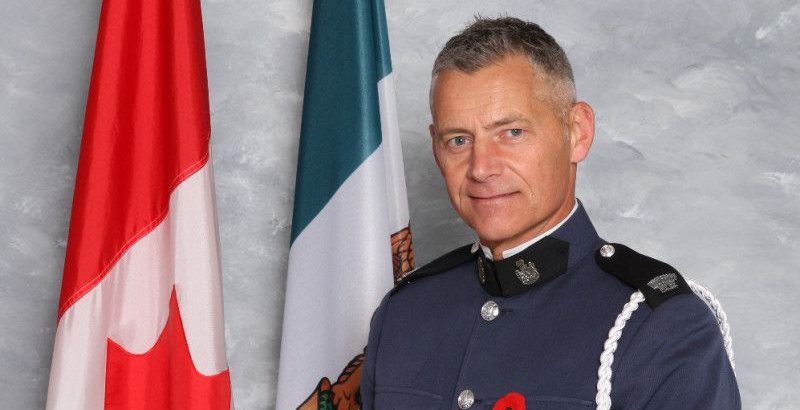 The Abbotsford Police Union have set up a GoFundMe campaign to help support the family of Const. John Davidson, who was killed in the line of duty on Monday.

Davidson was fatally shot while responding to reports of a stolen vehicle and of someone firing shots in the direction of the general public.

A 65-year-old Albertan man, Oscar Arfmann, was apprehended after the shooting and has since been charged with the first-degree murder of Davidson.

Davidson had worked as a police officer for 24 years, beginning his law enforcement career in the UK in 1993, before being hired to the Abbotsford Police in 2006.

According to a release, he worked in the Patrol, Youth Squad and Traffic sections and had recently completed the Tour de Valley Cops for Cancer ride.

Davidson is survived by his wife and three adult children, and the GoFundMe page is intended to “ease the financial burden for his family in their difficult time ahead.”

Writing on the crowdfunding page, organizers say Davidson is a hero.

“On Monday, as citizens were fleeing the area as they should have, John did his duty and moved towards danger. John is our hero,” say organizers.

“John was a selfless individual who was always looking to better the lives of those around the community.”

According to the organizers, Davidson was part of “Alexa’s Team,” a program that recognizes officers in BC who work to reduce the number of impaired drivers.

“Twice, John made the all-star Alexa Team where he took more than 25 people off the road each year in impaired investigations,” write the organizers.

“The dedication to safety to make the all-star time not once, but twice is exemplary and awe-inspiring.”

The GoFundMe organizers say Davidson lived life to the fullest, always looking to help others, and was a devoted father and husband, whose loss will be felt forever.

“There is a hole in the Thin Blue Line now, that was filled by John’s presence, which was enormous,” write organizers. “Please join us in honouring John’s life.”

At the time of writing, the GoFundMe page had raised more than $11,450 from 125 people just three hours after launching.