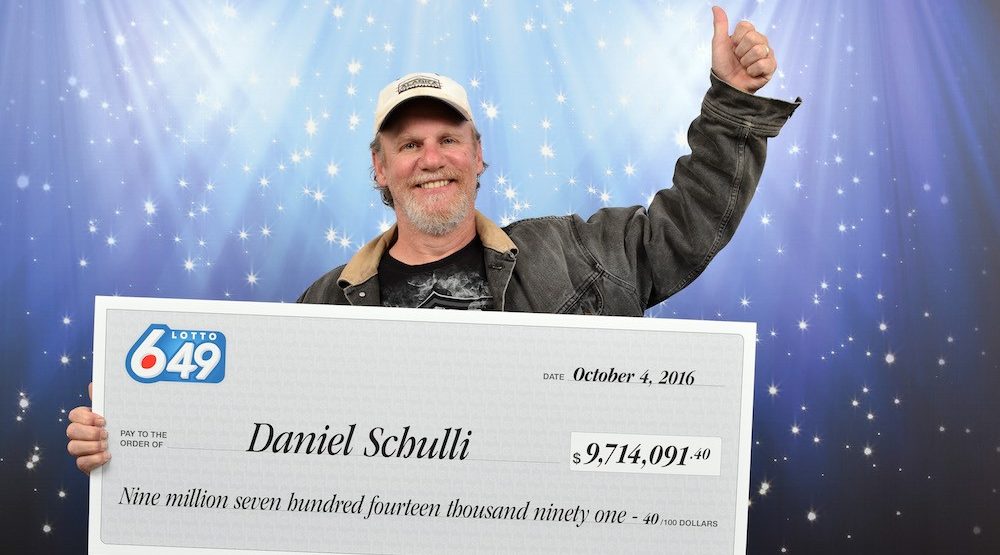 An Abbotsford man won $9.7 million on the September 17 Lotto 6/49 draw. Dan Schulli says he and his wife are in a state of shock over the surprise win.

“This is just so surreal,” he says. “My wife and I have been walking around the house giggling because we just can’t believe it.”

The first big purchase, says Schulli, will be a brand new pickup truck to replace the 20-year-old one that he says his kids laugh at.

He hasn’t told his three kids yet about his big win yet, however.

“They’re going to find out about it on the news,” he says.

The winning ticket was bought at the Bradner General Store in Abbotsford.