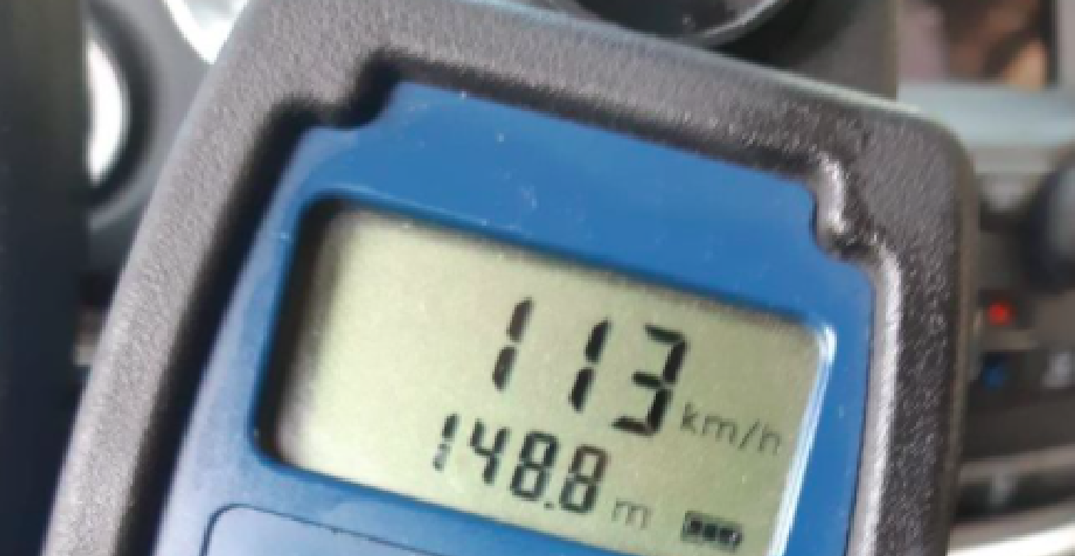 An Abbotsford motorist with a BC ‘N’ or “New driver” license is out $483 and without a vehicle for a week, after being caught doing 113km/h in an Abbotsford school zone on Friday.

According to Abbotsford police, the incident took place on Friday, and in addition to the fine, impound, and towing fees, the driver also received three demerit points.

With thousands of students returning to class across British Columbia this week, officials are reminding drivers that specific speed limits in school zones are once again back in effect.

In playground zones, a 30 km/hr speed limit is in effect from dawn to dusk, 365 days of the year.