A man from Abbotsford is in custody after he went on a crime spree armed with what was later determined to be a bb gun.

As police made their way to the area, a third call came in reporting a robbery at a pharmacy inside a grocery store in the 2800 block of Gladwin Road. The man pointed a gun at the pharmacists and took a small amount of drugs.

The 57-year-old suspect was confronted by police and arrested upon leaving the grocery store at around 8:18 p.m., just eight minutes after the initial call came in. As he was exiting the store, he pointed the bb gun at the officers. The man had cuts on his hands that were likely from smashing the window earlier.

Officers arrested the suspect without further incident and without injuries. Police are recommending he be charged with robbery, break and enter, mischief, and four counts of pointing a firearm.

Here is the gun he used to go on his crime spree: 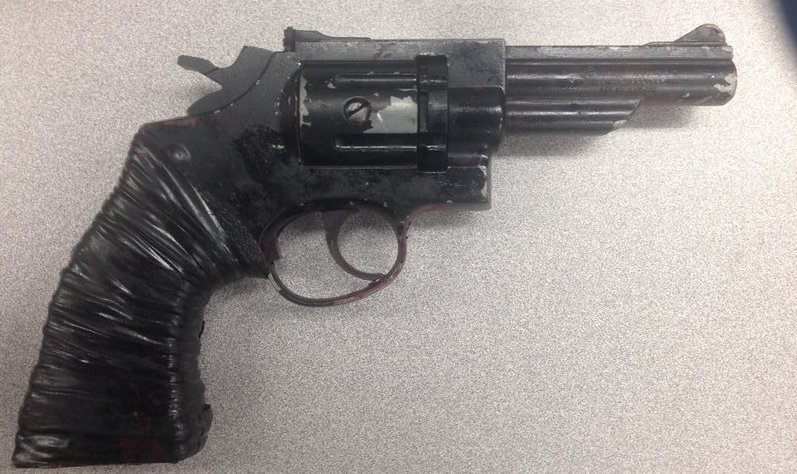