In case you haven’t already heard, the Abbotsford International Airshow (AIA) is in town this weekend. Jets and planes have been whizzing through the sky in anticipation of the aerial event, which attracts thousands of spectators each year.

One of those such planes practicing for the big day is flown by Kent Pietsch – who is anything but your average airshow pilot.

Flying high in his colourful Interstate Cadet, Pietsch’s “comedy act” garners a mixture of laughs and gasps from audiences with slapstick-type aerobatic stunts. Pietsch performs three acts during his show, including skillfully gliding onto the roof of a moving vehicle, turning the aircraft’s engine off at 6,000 feet, and scraping his wingtip on the runway. 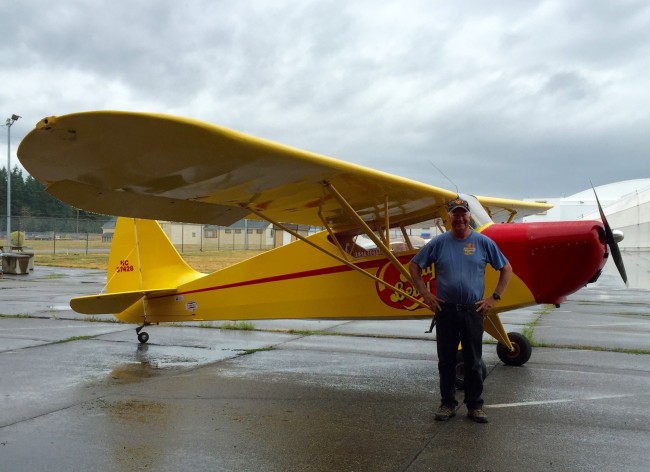 Although Pietsch has worked as an air ambulance pilot, a flight instructor and a charter pilot throughout his career, he found his real passion was performing at airshows. Why? For Pietsch it all comes down to one simple reason: the people. 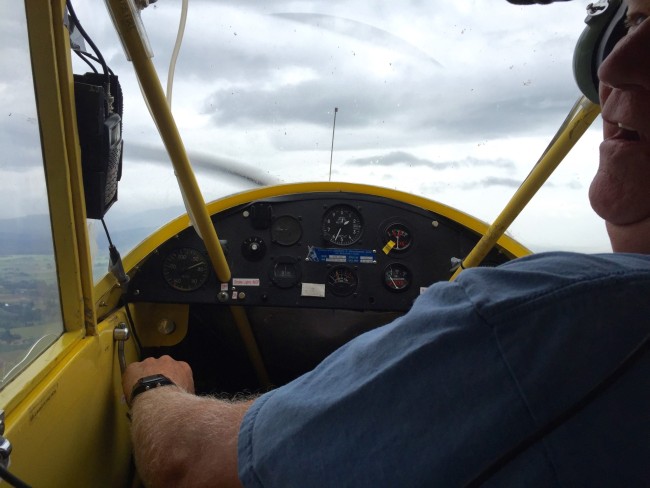 Getting a lesson in flying (Alison Kroeker)

Pietsch, along with many other talented aircraft pilots, will take to the skies August 7, 8 and 9. The big pull this year are the three jet teams and three fighter jet demonstrations.

The Breitling Jet Team from France is making their first North American appearance and will perform daring aerial stunts within mere feet of one another.

The CF-18 Hornet and the United States Air Force’s F-22 Raptor will rip across the sky, the Horsemen Flight Team will fly F-86 Saber fighter jets in formation, and the highly-anticipated and iconic Canadian Forces Snowbirds (431 Air Demonstration Squadron) will show off their new choreography.

Other notable acts include the Canadian Armed Forces Parachute Team, the SkyHawks, a wing walking act by Teresa Stokes with pilot Gene Soucy and paraplegic Dan Buchanan with his mesmerizing hang glider routine, where upon landing, he will get back into his wheelchair.

The theme, “Aces, Warriors and Wingmen,” honours the 75th anniversary of the Battle of Britain, the first military confrontation won by air power and Germany’s first defeat in the war of 1940.

But the Airshow is not just for history buffs and for aviation enthusiasts, it’s an opportunity to intrigue the future generation of pilots. 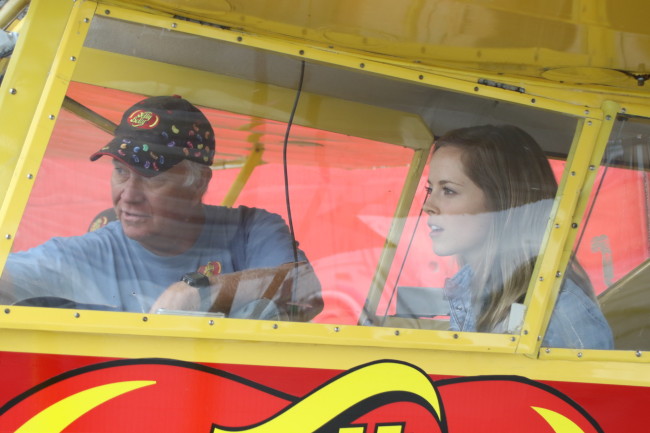 Guests will also have a chance to get up close to their favourite military and civilian aircraft, which will be on static display. With food trucks, a McDonald’s Kids Zone, autograph booths and VIP dining areas, there is something to enjoy at every age.

The Twilight Show is a unique nighttime flight experience, beginning at 6 p.m. on Friday night. Attendees will be able to see the afterburner trails streak through the sky from the Canadian Snowbirds and the CF-18 Hornet, as they perform tricks with the setting sun. Plus, a number of performers will have mounted pyrotechnics on the wings of their aircraft. That’s right; real fire will spout right from their wing tips. The celebration concludes at 9:45 p.m. with fireworks.