At 8 a.m. on the Oregon coast, a thick fog rests over the beaches that draw a line between the Pacific Ocean and the town of Lincoln City. From the shore of Siletz Bay, a lone fisherman in a boat is visible through the mist and, behind him, a few dozing sea lions are heaped on a sand bank. Nearby a woman fishing on the beach is shooing a determined sea gull away from her catch. Clam seekers with buckets and shovels are ankle deep in the changing tide, digging away at the sliding sand. Beach combers wander between dozens of huge, washed up logs that protrude from the beach like ancient ruins.

This mysterious coast, cloaked in fog and bordered by rugged forests, sets the scene for a beach treasure hunt this winter. Between now and May next year, anonymous volunteers known as “float fairies” will hide hundreds of pieces of glass art on beaches at Lincoln City, about two hours’ drive from Portland. A beach-combers dream, the Finders Keepers festival invites the public to scour the city’s coastline for an assortment of glass balls, crabs and starfish moulded by glass artists throughout the Pacific North West. The title is literal; anyone who finds a piece of glass art becomes its new rightful owner. 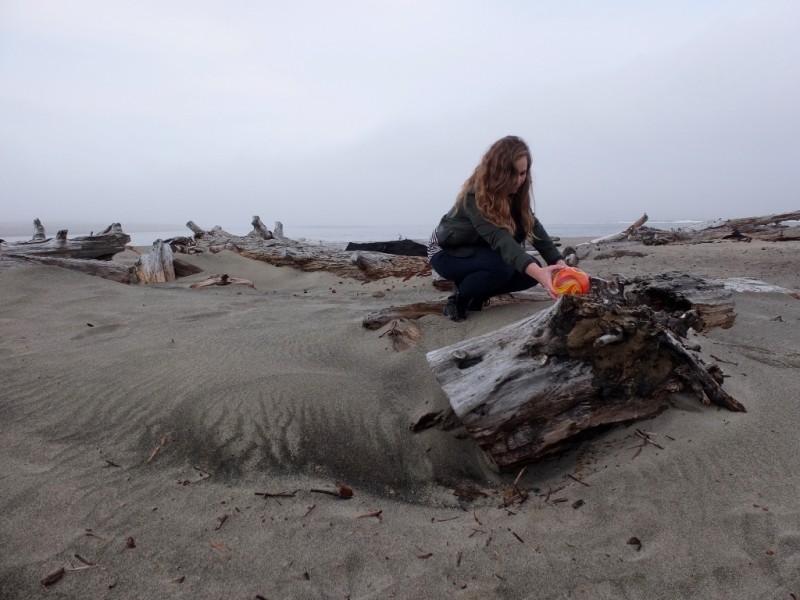 Anonymous volunteers known as “float fairies” conceal glass floats for the public to find in safe places along a 12km stretch of Oregon coastline.

Beachcombing has a long history in Lincoln City. Glass floats from Japanese fishing boats, which are popular collector’s items, were a common find there until fishermen started using plastic floats to support their nets.

Finders Keepers was introduced in the year 2000 to launch the new millennium. Initiated by Waldport artist Bryan Duncan, the concept has since been adopted by the Lincoln City Visitor and Convention Bureau as an annual festival and tourist drawcard.

As well as returning glass floats to the Oregon coast and continuing Lincoln City’s beach combing traditions, the festival has inadvertently put glass at the heart of the city’s identity, prompting the establishment of the Jennifer Sears Glass Art Studio (also known as the Lincoln City Glass Centre) where tourists who don’t find a glass float can learn to blow their own. 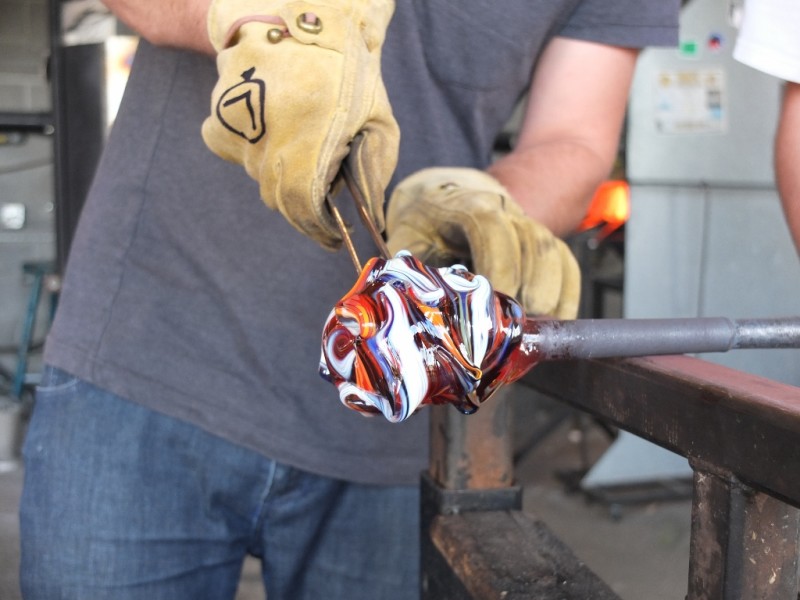 Lincoln City visitors can make their own glass art at the Jennifer Sears Glass Art Studio. 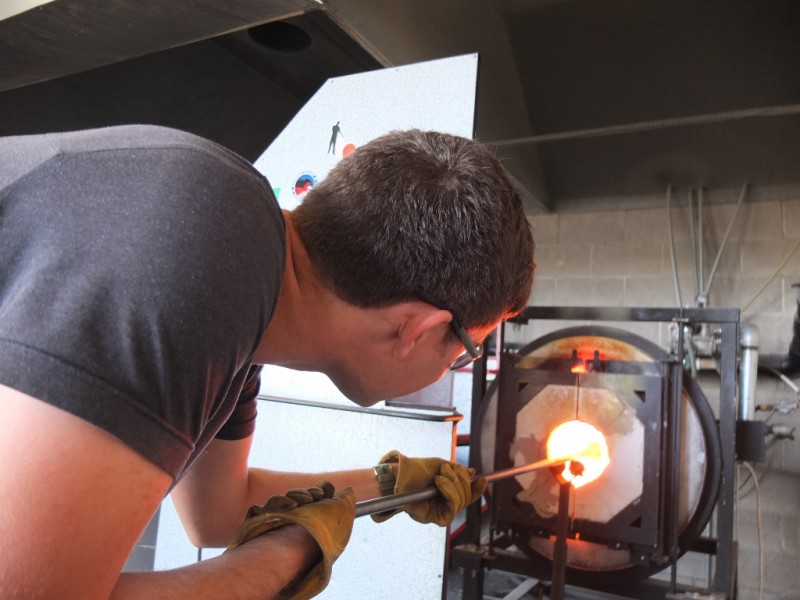 Taking a glass-blowing workshop is a hands-on experience.

FIND A GLASS FLOAT: Lincoln City beaches are scattered with white-washed logs and other ocean debris so there are plenty of places where the floats could be concealed. All of the pieces are hidden in safe areas above the tideline and below the beach embankments, somewhere along a 12km stretch of beach from the Roads End area in the north end of the city to the Cutler City area at the south.  Organisers suggest starting at public beach access points, which are shown on this map. Scheduled “drops” of different types of blown glass treasures are made on certain dates throughout the festival. The next drop is on November 29 and you can find a full list of dates here. Check the Visitor and Convention Bureau Facebook page for updates and tales from lucky float finders.

MAKE YOUR OWN: Even if you find a float at the beach, you might still want to make one of your own.  Handling what looks like molten lava is a thrill in itself and your finished art work will have the colours and textures of your choice. More than that, it’s fascinating to watch the transformation of the glass from burnt orange goo to your own vividly coloured masterpiece. It costs $65 to blow a traditional size float at the Jennifer Sears Glass Art Studio. You can also make paperweights, either round or in the shape of a heart or starfish, jumbo floats or fluted bowls. The making of the latter is particularly impressive to watch. The centre is open from 10 a.m. to 6 p.m. Wednesday to Sunday but it’s best to call ahead to check for availability. You can contact the centre on +1 (541) 996 2569.

GETTING THERE: This is a getaway best driven. The forests and beaches between Portland and Lincoln City are spectacular and there is no shortage of places to stop on the way. If you’re not driving your own vehicle across the border it’s easy to get a train or bus to Portland and hire a car from there. The Amtrak Cascades train from Vancouver to Portland is a little more comfortable than the bus but it’s a longer trip, about eight and a half hours. Tickets are approximately $60 one way. Alternatively, it’s about $30 for a ticket on the BoltBus, which takes about seven hours. For BoltBus, you’ll need to arrive early to avoid losing your ticket to another passenger. Check their website for policy details.

ACCOMMODATION: There are a lot of motels along the beachfront in Lincoln City, many of them perched high on the dunes with a view of the ocean (or the fog, which ebbs and flows throughout the day). This writer stayed at the Ester Lee Motel, where you can get a clean, comfortable queen room with an ocean view for $63 during the week (Sunday to Thursday) and $97 on weekends and holidays (at the winter rate). Cottages start at the same rate and increase according to the size of the lodging and the number of people in your party. Check Tripadvisor for more accommodation options.

DINING OUT: Seafood is a must when staying at Lincoln City. J’s Fish and Chips, a modest, diner-style restaurant on the highway, is always busy but serves up baskets of fresh halibut and home-made slaw which are worth the wait. For brunch, the Nelscott Café offers a combination of hearty breakfasts and healthy but substantial salads and sandwiches, all served with a smile by friendly LC teenagers. The Beach Dog and The Wildflower Grill also have a great local reputation. Good coffee is everywhere is Lincoln City. Try Pacific Grind, which gets its beans from a local roaster, the Cape Foulweather Coffee Co., or sample a cup of Stumptown Coffee from Mojo Coffee Co.

MORE THINGS TO DO: 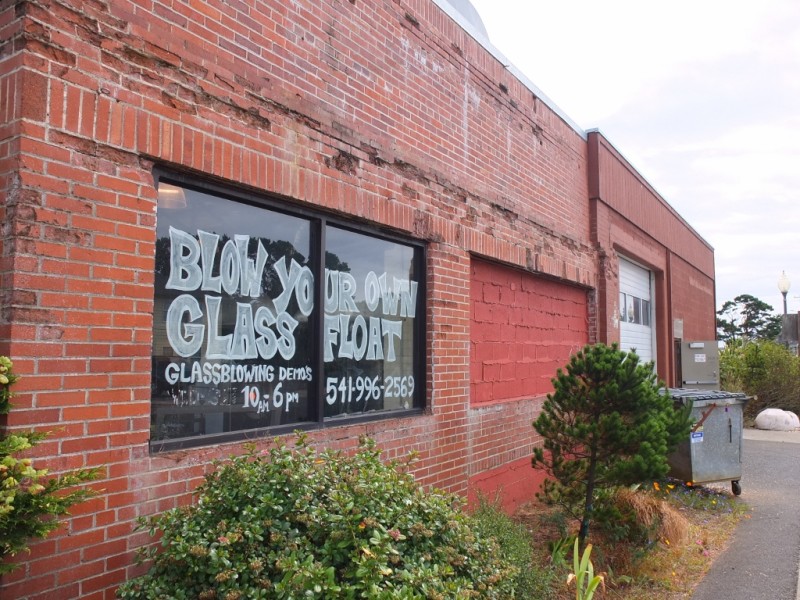 Disclaimer: I took part in a glass-blowing workshop as a guest of the Lincoln City Visitor and Convention Bureau.