CW’s Arrow (currently filming in Vancouver) is one of the most anticipated series coming to Television this this fall.

Arrow is based around DC superhero “Green Arrow” but with a twist. Oliver Queen undergoes a traumatic castaway experience on an island in the South China Sea. Five years later he re-appears back in his city, emotionally crippled and ready to fight. In essence,  If Batman and The Punisher had a kid — it would be this Arrow’s version of Oliver Queen.

I had the chance to watch the pilot episode and let me say this – Arrow is not your “typical” superhero show. This show is violent! This show is about vengeance, and they make you well aware of it right from the start. For a network that usually basis it’s programming around tweens, I was very surprised. When it comes to putting people in their graves he does not hesitate. It was interesting for me to see how dark the CW went with it. I was shocked and overall happy. It was about time things got real. 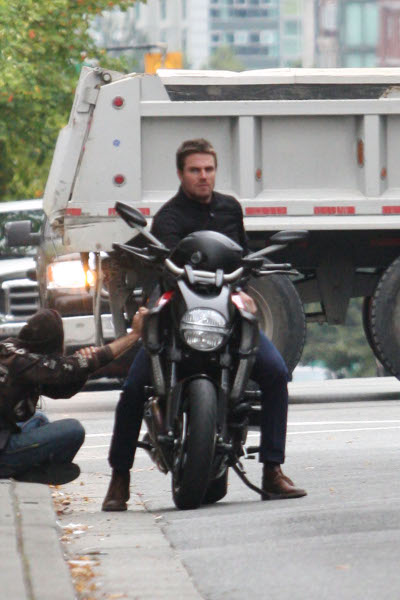 Overall the cast looked pretty solid. The acting was on par, but the writing is the problem. It really comes down to the story, and most of the backstory is told through flashbacks,  which sucks because it’s harder to connect with the characters.  You don’t really “care” for the people on screen. Even though the show revolves around Oliver Queen, you really can’t tell if he’s the good guy or the bad guy, and really don’t get that feeling of “tension or anxiety” when he’s trapped in situations, like “get out of there! or oh no!” it’s currently just a “eh, whatever”.

It’s easy to write a script this way because you can simply “flashback” a scene you need to fill a void with to make the story “work”. With this, there is definitely room for character growth and this is Arrows current downfall.  With every new show you have a few wrinkles that need to be ironed out. Besides the lacking character development and being slightly predictable, the show also has a terrible voiceover. I don’t know why they believe they need one, but it ruins my ass-kicking experience. It will do the show a huge service if they can somehow get rid of it. 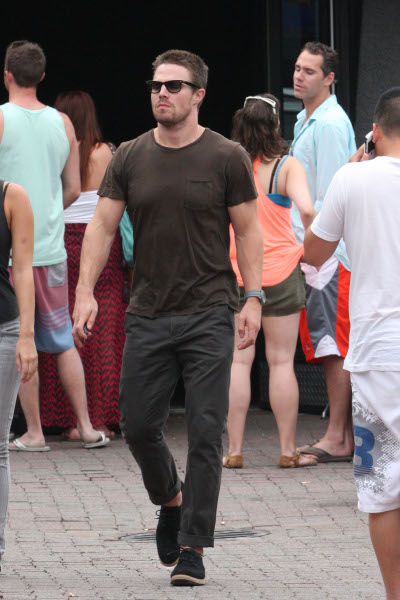 The story of DC’s Green Arrow is great if you get it done right. All though the CW went “Christopher Nolan Style” on our ass, the pilot seemed to fall short on story. They rushed through his origin way too quickly and it felt as if I was watching a bunch of cut scenes from the entire season in one episode. It was a little disappointing, but as a TV critic I try to give every show my “three strike rule” — Watch three episodes of a series and then make an overall judgement. Usually pilots are meant to sell the show to studios, so it could have just been quickly put together for “obvious reasons”. 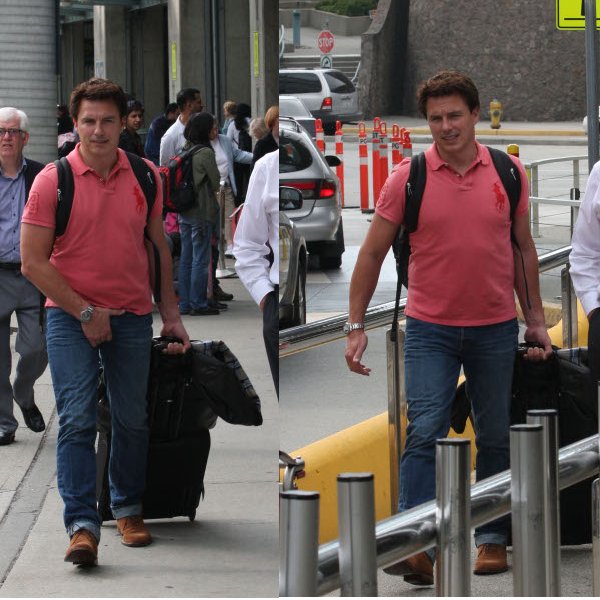 John Barrowman arriving at YVR for Arrow -“let’s give them something good shall we.”

If Arrow is done right, it could make for enjoyable television. It has a few good twists, and a big reveal at the end of the pilot which looks as if it could be a huge cliffhanger — but without being familiar enough with the characters to be shocked by it all, I guess we will just have to wait and see.