Today we wrap up our interview with Bob Rennie in Part 2. If you missed Part 1 check it out here. In this part, we discuss the impact of the Olympics, the DTES (Woodwards and Chinatown), Millennium Water, and finish off with sustainable development.

Manny: So the impact with the Olympics, have you seen like the direct impact? What’s the word on the street right now? You see a lot of foreign buyers coming in?

Bob: You know my job is to watch people whether it’s at the PNE or on Robson. But you walk down Robson you hear how many languages are being spoken. They’re not all tourists. And you know, we had the Olympics and that was a business card to the world and they kept it. I’m not supposed to say that anymore ‘cause the office gets bored with it. But I think with the Olympics it was seriously a $6 billion television commercial. If you were here you’re gonna come back. If you weren’t here you’re gonna come. And I mean given globalization, you get people from low tax countries buying out high tax countries. And this is an amazing place to work from. Just the way we were talking about technology before, you don’t have to be sitting in your factory in China. You can run it from here.

Bob: And the same thing goes across the board. Journalism, who my son… That’s my son over there in the blue (points at his son, Chris). He just hired an assistant in India for $7/hr. I said it’s the collapse of North America. But I’m an old guy. That’s what everybody’s doing.

Karm: All of that can be outsourced.

Bob: I don’t fully understand that because I’m old school.

Karm: Well sometimes it’s better to be able to see someone face-to-face.

Bob: But for data entry.

Manny: …And the redundant tasks.

Bob: Chris! This is my son Chris.

Bob: So we were just saying you just hired somebody out of India for $7/hr.

Bob: What was the difference between commitment and non-commitment?

Chris: Well you can get 15 minute tasks done for $70/mo. But that’s just like make dinner reservations or book an airline ticket, things that take up 15-minute blocks.

Jessica: Chris! I told you not to say anything (jokes).

Bob: Chris owns Rennie & Associates, the resale side, I have nothing to do with it.

Manny: You don’t do the resale side at all?

Bob: Nope, nothing. He opened a new office I didn’t go in it for 5 months.

Manny: There are quite a few associates I checked online.

Bob: Yea I think 4 years ago I was gonna close it and we didn’t know what to do. So I gave it to him and said you take care of it, if you make it work you can have it, close it or grow it we don’t care and it worked. The brand worked.

Manny: For Millennium Water now, is this now the toughest development that you’ve ever had to market because of the premium price? Or maybe because Sidney Crosby trashed the rooms after they won the gold medal?

Bob: He slept in every room. 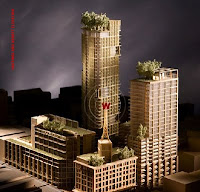 Bob: But hey I said it in my talk but maybe this is out of sequence (ruffles paper). I put “I’m really scared about one thing and I’m really worried about one thing, that I don’t have enough.” But Woodwards was. If I had to pick my biggest challenge it was Woodwards.

Manny: That was a risk.

Bob: That was pioneering.

Karm: The early indications think that and I look at Woodwards and it looks like it’s really spurred change.

Bob: It did everything we imagined. I was teaching a course at UBC, and the teacher gave me something that said “There’s no proof it’ll work,” and she gave me a bunch of documents to show it doesn’t work. And I said no, everything you’re showing me is moving the poor into a richer neighbourhood. Like moving non-market into Dunbar. Doesn’t work. But to move the rich in with the poor, it will work because you get people with a conscience. But Woodwards works. It’s gonna have bumps; 10% of the people were wrong that bought there and they thought they’d get Yaletown and they didn’t , and that’s OK.

Karm: Yeah I mean you can’t expect Yaletown. I mean but Gastown and DTES is starting to be where the local Vancouverites now go to hang out. Granville Street it’s where more Suburban people come out to party there. Vancouverites go to Gastown or Chinatown…

Bob: When you, you know I don’t go out much past 8 o’clock, but when you walk down Blood Alley and see a Salt and you see Judas Goat it’s packed, it’s absolutely packed. You know that it’s changing. 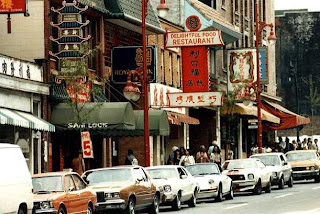 Karm: I would love to see Chinatown go back to its glory days.

Bob: It’ll have a hard time. We just opened with guys that own Salt and Judas. But my partner Carey opened a restaurant in Chinatown, a café, because we owned some retail there. We couldn’t find a tenant and we wanted coffee next to our building. We thought we’d try it but we didn’t want to go Starbucks, we didn’t want it to be that gentrified.

Bob: Everything Café. So we really needed a tenant down there.

Karm: I still think Chinatown, I mean see it as another 10-15-20 yr, then you’ll really see the change, it’s not gonna to happen right away.

Bob: That’s why we did our building there. I keep telling everybody that I’m 10 years too old. But you can’t get in afterwards, it’s too late.

Bob: It’s why we’re looking at Gore to Clark. I really think that corridor when I say cute, is the place to buy or sell.

Karm: Well the city’s got good plans for it. Well sorta.

Bob: Well the trouble is with the new plan is that all bets are off because you just don’t know where they’ll go. But I really like the Eastside. Downtown’s got nowhere to go but East. So if you look at bigger challenges it’s harder to keep me on topic. I think Woodwards was a bigger challenge because it really was pioneering. I think the challenges here, is if we’re gonna be really honest is that everything was about financing. The challenges weren’t about the building, it wasn’t about the location, it wasn’t about the 9 ft ceilings and the sub-zeros. It was all old-economy financing issues. And the city, or the lender, Millennium’s the developer so there’s a stable relationship and everybody’s comfortable with my two year selling window. Because I think if I told you I was going to do it in 3 months, it’d go.

Manny: That’s my next question actually, the 2 year selling window, is it because you’re hoping the economy will pick up by then? 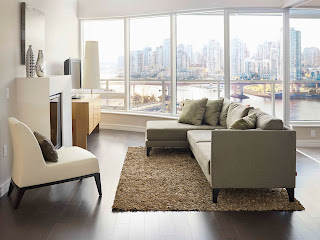 Bob: I’ve got 474 homes to sell, the average is over a million dollars. I’ve got homes under $600,000, I have homes over $2,000,000. I just thought that we’re a pre-sale city. Pre-sale, you can sell half the building to investors who figure out whether they’re gonna… typically 25% of them sell before closing. But that demographic likes to buy and close in 2 years, 30 months, or 3 years, so we pushed that investor a little bit. So we’re selling to homeowners that measure for the couch and they look at the view and they understand… can they have the kids back to the dining room and looking at the changing baby boomer and I’ve got the right product and we haven’t seen finished product but these people have to go home and sell their house. So they have liquidity in their Westside home, their Eastside home, their Richmond home. So it’s a perfect storm because I’ve got what nobody’s had before, build it and they will come. But on a waterfront community this isn’t about your affordability that I can sell in a week. So I’m using 2 years as a really realistic projection.

Manny: Probably a lot quicker if everything goes well I guess, the economy’s starting to pick up now. BC’s leading the way in Canada.

Bob: We will. We do. And if you look at in-migration, it’s amazing from not only from outside of Canada but from within Canada. I think that the new economy also suits under-promising and over-achieving. Our old economy, it didn’t matter what you said, inflation would take care of it. But I really think we should be careful and be a little bit more conservative in our choices. So the City, as the lender, they’re aware of my projections. The developers, the owner, they’re aware of my two-year horizon. And everybody’s happy.

Bob: We’re just revamping our website now and we’ll reach out through social media and Internet more. We’re not going to go open an office in China. I find that China, Hong Kong, Korea, Iran; India’s not a big buyer.

Bob: It’s not even metrically followed. Europe, America, because of our dollar. But I find outside eyes, they usually buy here ‘cause they actually have a reason. They’ve got friends, they’ve got family, they’ve got an experience here. So there’s some sphere of influence that drives it.

(Interrupted for next interview) 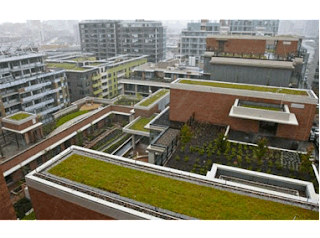 Manny: We’re wrapping up here anyways. Are there any other sustainable developments coming to Vancouver?

Bob: You know we say that we’re the greenest community on the planet because of our LEED platinum community certification and what’s come into it and that’s on sheer size and then the diversity of the community centre and the non-market and the market, we’re socially sustainable, environmentally sustainable. You know the City’s moving it by July 1st all new zonings have to be deemed gold. So it’s still a bit of a foreign language but it’s just going to be part our everyday diet because everything is going to be environmentally correct.

Karm: It’s just something you gotta do.

Bob: Yeah. I would like the see something like a Canada green building code and get away from LEED, because I think it’s a franchise. And some of the initiatives maybe are too costly to the consumer. So I think the second-generation of green we are going to start to understand what the consumer really needs.

Bob: So did I give you enough?

Manny: Last but not least, we actually saw John Furlong earlier putting quarters into the meter to pay for parking. Did you pay for parking today? Because I know you’re notorious for not paying for parking.

Bob: You know what. I am not in public parking today. My assistant Jessica put in Millennium’s lot. But yea I was the king of parking tickets but I don’t get them anymore, I’m losing that title.

Bob: I hate that title.

Bob: But it’s better than people not saying anything but it’s just a stupid title. But, what do you think of [Millennium Water]?

Manny: It’s amazing. We’ve seen pictures and everything and but when we walked in it was a completely different experience, it was an experience.

Bob: It’s sort of like living in Whistler village.

Karm: It’s got a European village feel to it.

Bob: Yea the streets are narrow there’s not cars parked on them. I’m really proud of it.

Karm: I would love to see, I don’t know if the City’s going to make good on their promise of the street car, but if the street car comes through, that would just add another element to it.

Karm: Yea, it’s going to be tough for them.

Bob: I hope it comes. I’d seriously like to live here.

Manny: It seems like it will be a really close-knit community.

We hope you all enjoyed our discussion with Bob Rennie. A scheduled 15-minute interview turned into a 30-minute discussion, and we would really like to thank Bob and his staff for allowing that to happen. It was a pleasure.