When a muscle guy who builds motorcycles sits down and dissects Rainbow Dash’s character archetype, it makes for pretty amusing documentary watching. 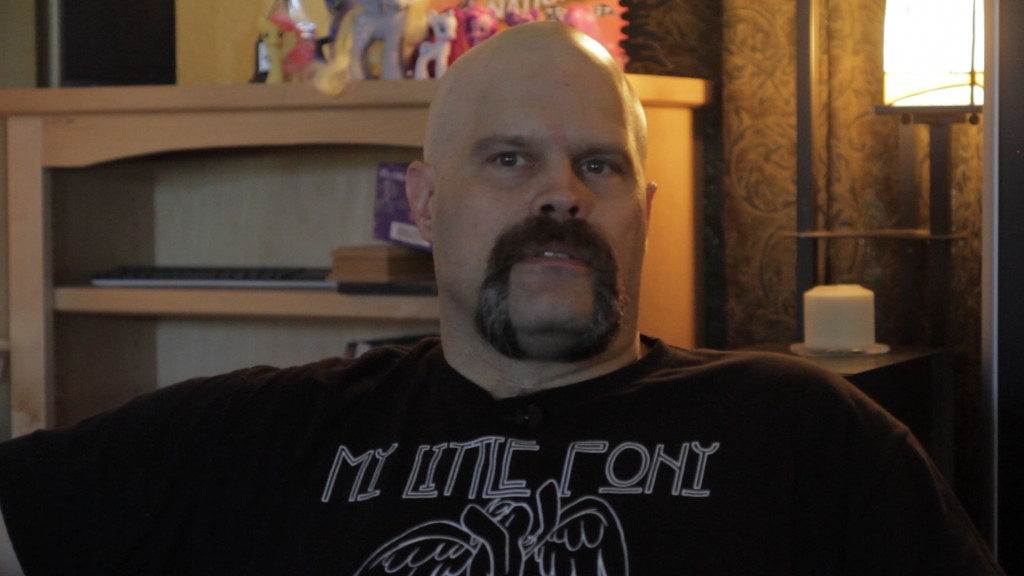 For those of you currently living under a rock, bronies are the male fans of the animated television series My Little Pony: Friendship is Magic. The brony phenomena, born out of the Internet, has come to vivid life in colour, costumes, and social get-togethers. This universe of positivity and friendship is news to Ashleigh Ball, lead singer of the Vancouver Indie band Hey, Ocean!, and the voice actress for many of the show’s main characters including Applejack and Rainbow Dash.

A Brony Tale follows Ashleigh as she receives an invitation to BronyCon (a gathering of fans) in New York. This prompts filmmaker and friend Brent Hodge to travel across North America in search of bronies, to answer the questions on everyone’s mind.

Bronies are predominately men between 18 and 35 – or older, depending on whose definition you take. What’s more interesting is that the breakdown is 85% male, and most of those identify as heterosexual. The resulting media attention has been mostly negative, more than hinting that these people need to get a life. 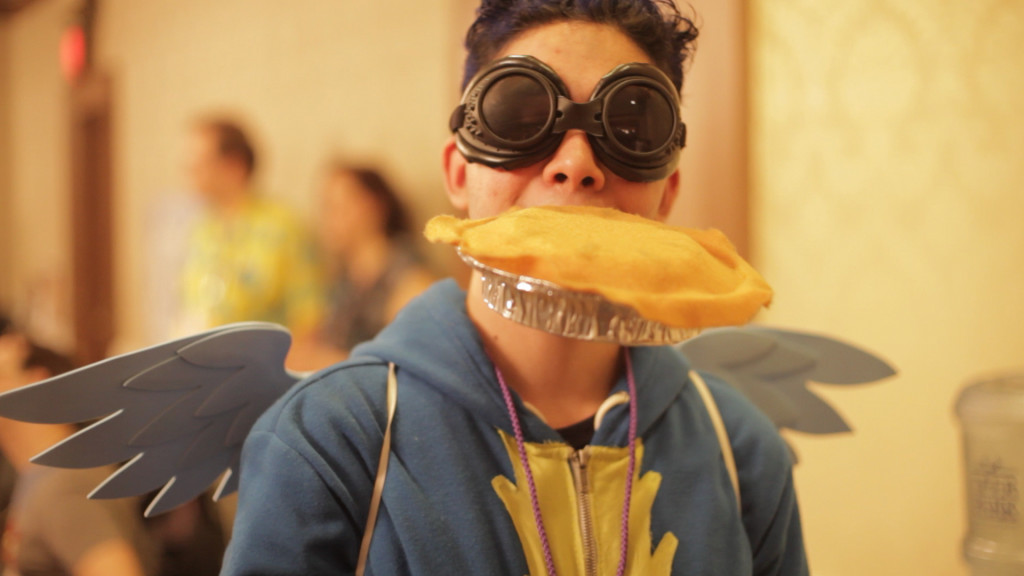 What comes out of A Brony Tale is the clear reworking of masculinity. From military bronies to high school geeks not fitting into the typical cliques, My Little Pony: Friendship is Magic has become the catalyst for bros getting together and discussing their passions. Character-driven narrative and character growth were frequent reasons why bronies get on board, as are well-crafted animation and pop culture references. The scientists interviewed also believe that this is a reaction against current world affairs, a grounding of positivity, acceptance and inclusion.

The filmmaking is exquisite. Hodge treats the subject seriously, and sets up each shot beautifully. A Brony Tale is for the large part well cut, aside from the ending which loses a bit of steam. It occurred to me that the movie was a bit long, before realizing that this documentary wasn’t made for me – it’s for the fans. And the bronies will more than appreciate this professional effort.

A Brony Tale plays at the DOXA Film Festival on May 11, 2014. More information here.