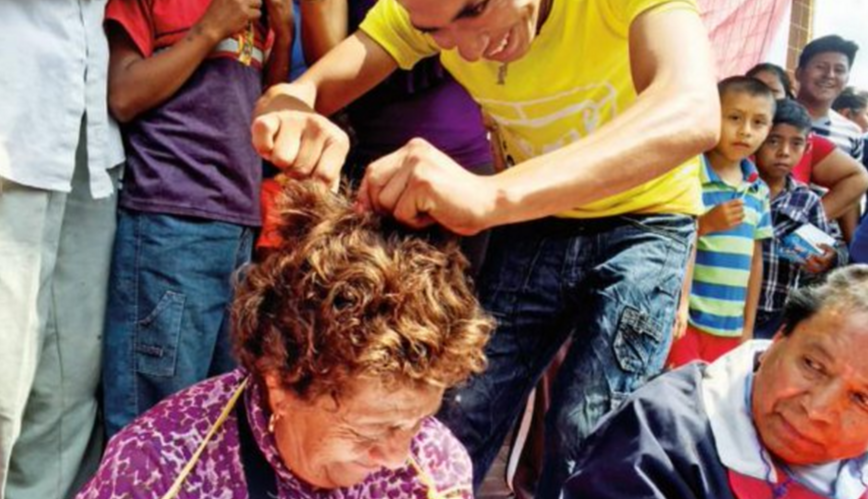 U.S. President Barak Obama endorsed Hillary Clinton as the Democratic presidential candidate on Thursday. “I want those of you who have been with me since the beginning of this incredible journey to be the first to know that I’m with her,” Obama said in a statement. “I am fired up. And I can’t wait to get out there and campaign with Hillary.”

Four people were killed and several others were wounded after a shooting at a busy open-air market in Tel Aviv, Israel. Two Palestinians from the West Bank have been identified as the shooters. The men are cousins and both have been taken into police custody. Israel has since placed a permit ban on Palestinians in the West Bank and the Gaza strip.

Several teachers and administrators in Mexico had their hair forcibly shaved off after they refused to participate in a union strike. The educators were targeted by members belonging to a faction of Mexico’s teacher’s union known as CNTE. Union members put signs around the teachers’ necks, labeling them as traitors for not taking part in the strike. They proceeded to shave off the hair of several teachers in front of a large crowd. Mexico’s education secretary Aurelio Nuno announced that the perpetrators would be punished for their actions.

4. Syrian suburb under siege since 2012 receives aid for first time

The Syrian suburb of Daraya has finally received emergency aid for the first time since 2012. Rebels have held Daraya under siege for the past four years. The Syrian Arab Red Crescent the United Nations arrived in the city to deliver food to civilians. Last week, residents were outraged after an aid convoy arrived carrying medical supplies but no food.

5. Debris from missing Flight MH370 discovered in Madagascar and Australia

Has Blaine Gibson found more of MH370 Madagascar? It’s possible. Not confirmed by experts yet…. pic.twitter.com/yXGjk7e8Wv

Newly discovered debris found on a beach in Madagascar is believed to be from missing Malaysia Airlines Flight MH370. An American man dedicated to looking for the plane’s debris came across the wreckage on Riake beach. One of the pieces appears to be an airplane seat and the other is believed to be a coat hook.

More wreckage washed up on a beach on Kangaroo Island in Australia. Officials are investigating to confirm whether or not the pieces are from MH370. The plane went missing with 239 people on board in March 2014 while traveling from Kuala Lumpur to Beijing.

Archeologists have discovered an ancient structure at the World Heritage Site of Petra in Jordan. The archeologists used drone photography and satellite imagery to pinpoint the enormous platform, which is the length of an Olympic swimming pool and twice as wide. Researchers say the structure was used for ceremonial purposes.

Four students from the University of Papua New Guinea were killed after police shot them during protests. Approximately 1,000 students were marching to the country’s capital of Port Moresby to protest against Prime Minister Peter O’Neill and his involvement with a corruption scandal. Police opened fire on the students when they resisted the arrest of their student council president.

The second bombing took place at an army checkpoint north of Baghdad. At least 12 people were killed. The Islamic State in Syria and Iraq claimed responsibility for both attacks.

The woman who was assaulted by Turner read out a lengthy courtroom statement directly addressing him and his actions. The letter was published by Buzzfeed and has since gone viral.