This week, the world’s spotlight is on the refugee crisis in Europe after the image of a Syrian toddler washed up on the shore of a Turkish beach encapsulated the devastation and heartbreak of the on-going plight of those trying to flee their war-torn countries.

1. Village council in India orders two sisters to be raped in punishment for “crime” committed by their brother

A village council in India has ordered two sisters to be raped as a form of “punishment” because their brother eloped with a woman belonging to a higher caste. The sisters and their older brother belong to India’s Dalit caste, which is often looked down upon by those of elite classes.

When it became known that the brother married a woman belonging to a higher caste, the village council sentenced the sisters to be publically raped and humiliated by men in the village.

Amnesty International has since become involved, posting on online petition calling for international attention to the case. The petition has met its goal by receiving over 300,000 signatures. The document is addressed to Indian government officials in order to ensure that the safety of the girl’s and their family will be protected.

Shortly after the initial trial, an appeal court ordered a retrial of the case. Greste was deported to Australia after 400 days in prison.

On Saturday, Egyptian authorities ordered the journalists to three years in prison because they were not registered with Egypt’s journalist syndicate. Mohamed was sentenced to six extra months for being in possession of a spent bullet casing.

3. Dead refugees discovered in the back of a truck in Austria

“The driver did not give a damn about the people in the back. We would not transport animals under these conditions on our roads in Austria,” David Furtner, a police spokesman, told Reuters.

Four people, including a newborn baby, were found dead. The rest of the refugees were taken to hospital, where they are recovering from exhaustion and dehydration.

The discovery comes days after the bodies of 71 refugees were found at the back of an abandoned cargo truck left on the side of an Austrian highway, including 59 men, eight women and four children. The bodies were piled on top of each other inside the vehicle.

Police have arrested three people and another four people are in detention. It is believed that the truck traveled to Austria from Hungary and that the refugees suffocated in the back of the truck. The nationalities of the deceased have not been determined.

4. Venezuela forces thousands of Colombians out of the country

After three soldiers were shot while looking for smugglers, Venezuelan president Nicolás Maduro closed the nation’s border with Colombia.

The Venezuelan government has also deported over 1,000 Colombians over the past week and 5,000 more have chosen to leave the country on their own will.

Many Colombians have been given only 72 hours to leave, forcing them to carry mattresses, fridges and other large household items across a river that leads them back to Columbia. Maduro says he has no plans to reopen the border and claims that Colombian immigrants are guilty of bringing “food scarcity” and “violence” to Venezuela. 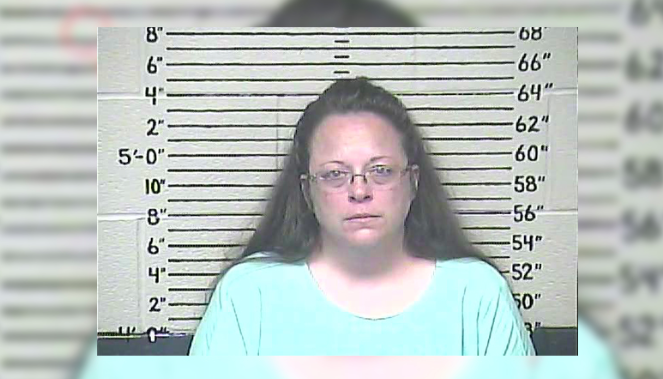 A U.S. county clerk named Kim Davis has been sent to jail after she refused to issue marriage licenses to same-sex couples in Kentucky. Davis claims her religious beliefs do not allow her to promote marriage between two people of the same sex.

“God’s moral law conflicts with my job duties. You can’t be separated from something that’s in your heart and in your soul,” Davis said to U.S. District Judge David Binning.

Davis, who is a born-again Christian, explained during her testimonial that she did not agree with the recent nationwide ruling legalizing same-sex marriage because it was not in accordance to the teachings of her faith.

Judge Binning did not side with Davis’ argument, stating that, “her good faith is simply not a viable defense” and would set terrible precedent.

Davis will be jailed as long as she does not comply with the law. On Friday morning, William Smith and James Yates, a gay couple that was denied a marriage license due to Davis’ incompliance, were overjoyed to finally obtain one. “This is a blessing, we are very happy. Civil rights are civil rights,” said James Yates.

6. Village in Sierra Leone sealed off after Ebola death

200 people to be vaccinated in Sierra Leone after Ebola death http://t.co/fRRkuOuPjt

After the death of a 67-year-old woman who tested positive for Ebola earlier this week, the village of Sellakaffta in Sierra Leone has been placed under quarantine. This comes after the nation was five days into a six-week countdown to be officially free of all Ebola cases. The quarantine is set to last three weeks in order to monitor if any of the village’s 1,000 residents show symptoms of the virus.

Islamic State militants continue to destroy the ancient and historic Syrian city of Palmyra. According to Syria’s antiquities chief, Maamoun Abdul Karim, the Tower of Elahbel, one of the city’s best-preserved sites, was demolished.

The Tower was built in AD103 and contained sarcophagi that belonged to many wealthy Palmyrene families. The destruction comes a week after militants blew up the city’s main temples.

Palmyra, which is a Unesco World Heritage site, has been under siege by ISIS since May.

Last week, six people agreed to spend one year in an isolated dome in Hawaii, in hopes to simulate life on Mars. The experiment is part of the University of Hawaii’s space exploration analog and simulation (HI-SEAS) mission, which aims to recreate what life would be like on the Red Planet.

The six members of the crew will spend a year in the dome. According to the University of Hawaii, researchers will monitor their “cohesion over time, gathering data on a wide range of cognitive, social and emotional factors that may impact team performance.”

The dome contains a kitchen, dining room, exercise space, one bathroom and six small loft bedrooms. Cameras and body trackers will observe the crew over the course of the year. Scientists hope the project will help them put together a cohesive crew for a round-trip journey to mars. 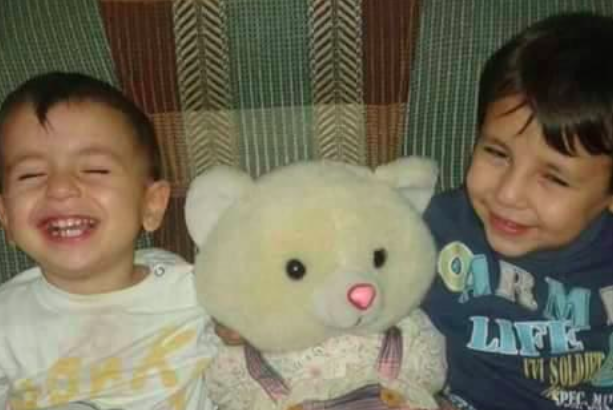 The heartbreaking images of two drowned Syrian brothers found on the shore of a Turkish beach have sparked global outrage and sadness over the current refugee crisis in Europe.

Three-year-old Aylan Kurdi and his five-year-old brother Galip were discovered drowned on the shores of Turkey’s Ali Hoca Point Beach. The boys and their parents were trying to cross the Mediterranean alongside other Syrain-Kurd refugees.

One of the boats the refugees were travelling on capsized, killing several people including Aylan, Galip and their mother. The Kurdi family was trying to escape their hometown of Kobani, Syria, which has been destroyed by the chaos and violence of an ongoing civil war.

The family was trying to gain refugee status in Canada. “They did not deserve their fate and the government of Canada bears responsibility for their deaths,” the boys’ aunt, Fatima Kurdi, told CBC. The boys’ father, Abdullah Kurdi, says he will take the bodies of Aylan, Galip and his wife, Rihan, back home to Syria.