This week, a massive oil spill has damaged the California coast; the contents of Osama Bin Laden’s bookshelf was released; a landslide has killed nearly 80 people in Colombia; and India’s Prime Minister faces criticism for controversial remarks he made in a speech. 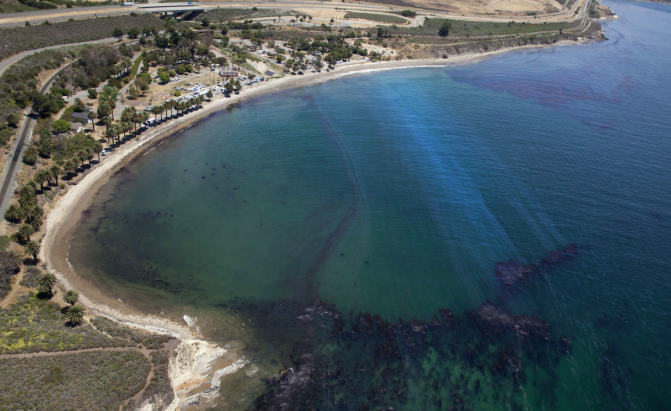 Thousands of gallons of crude oil were spilt in the southern California coastline after a land-based pipeline broke on Tuesday. Clean up crews have been working endlessly to try and remove oil from the shoreline. The spill came from a pipeline owned by Plains All American and oil leaked into the Pacific Ocean. It is estimated that 105,000 gallons of oil has been spilled in total. Officials say that 21,000 gallons of the leaked oil has reached the ocean. California’s governor Jerry Brown declared a state of emergency on Wednesday so more resources could be brought to the area for a faster clean up process.

2. At least 78 dead in Colombian landslide 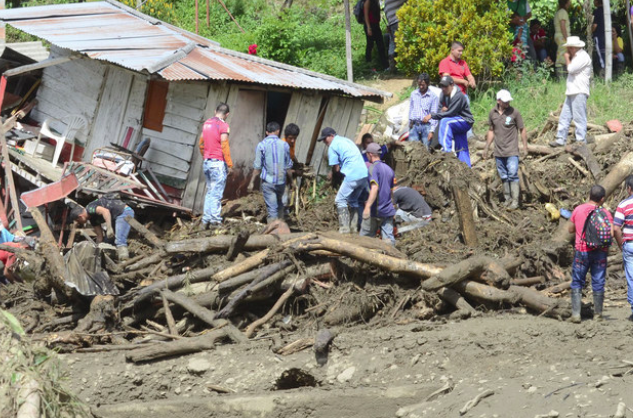 On Monday, a deadly landslide hit the city of Salgar in western Columbia. At least 78 people are confirmed dead and 37 are injured. The impact of the landslide was so strong that it pulled houses and buildings into the local river. Officials say that the landslide was the result of several days of heavy rainfall. Columbian president Juan Manual Santos said that families impacted by the landslide would receive compensation.

3. Indian Prime Minister receives criticism for speeches given in China and South Korea 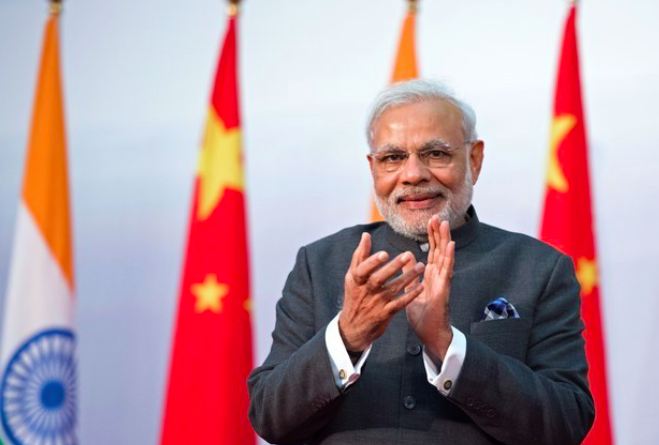 Indian Prime Minister Narendra Modi is facing criticism for speeches he gave in China and South Korea after many felt he was insulting his own country. In the speeches, Modi was trying to explain to the audience that before his government came into power, Indians felt “ashamed” to be from the nation. “There was a time when people used to say we don’t know what sins we committed in our past life that we were born in India. What kind of country is this, what kind of government is this, what kind of people this country has,” he said. Many Indians around the world took to Twitter and Facebook using the hashtag #ModiInsultsIndia to share their disappointment with the Prime Minister for his perceived insults about his own nation.

4. Families and loved ones of missing Mexican students tour Europe to push for an investigation 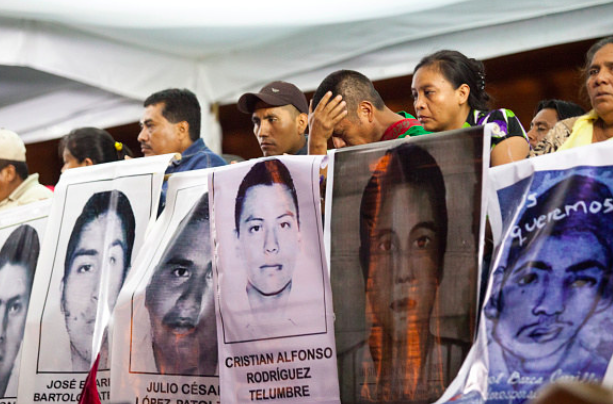 Last September, 43 Mexican students went missing after a confrontation with Mexican police. The students still have not been found and Mexicans across the nation remain shocked about their disappearance. Their families have been protesting for months, questioning how the government has handled the case. Earlier this month, loved ones and human rights activists traveled to Europe to get support for the missing students. They rallied in London on Tuesday and Wednesday. “We came here because we’ve tried everything already in Mexico, and we’ll keep trying, but the Mexican government have not responded well to us seeking justice for our kids,” Eleucadio Ortega, the father of one of the students, told reporters. 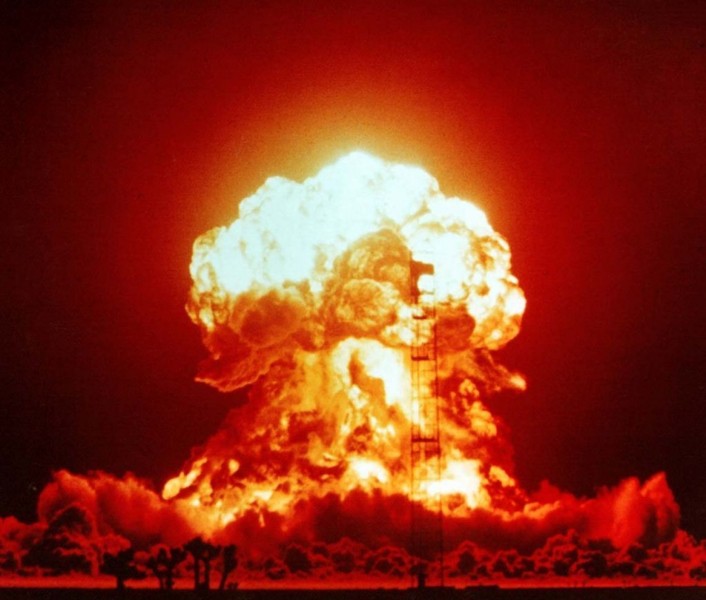 On Wednesday, North Korea claimed that it had the technology to create miniature nuclear warheads, which would be small enough to fit on a missile and could be launched from a system mounted on a truck or a submarine. Along with the announcement, North Korea is said to have released pictures of the miniature warheads. However, according to U.S. officials, the photos are not real. Despite doubts about the validity of the photos, Pentagon press secretary John Kirby said that the Defence Department would keep tabs on the situation.

6. ISIS gains control in the ancient city of Palmyra 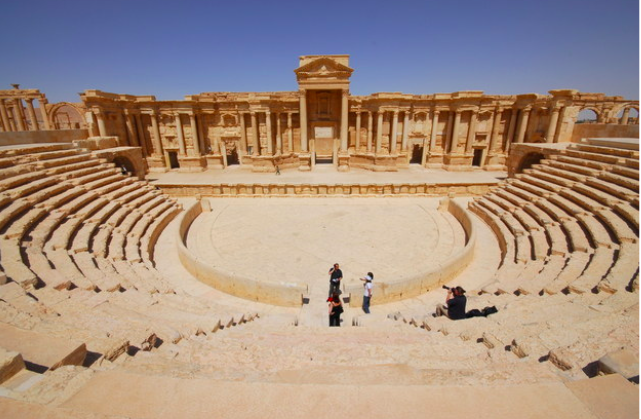 On Thursday, the Syrian Observatory for Human Rights announced that ISIS militants have gained complete control over the ancient ruins in the historic city of Palmyra. Officials say that ISIS has taken full control of the city’s military airbase and prison. Palmyra is located in central Syria and has a population of about 70,000. The city is also a UNESCO World Heritage site as its ruins date back to the first and second centuries. “I am deeply concerned by the situation at the site of Palmyra. The fighting is putting at risk one of the most significant sites in the Middle East, and its civilian population,” said Irina Bokova, Director-General of UNESCO. 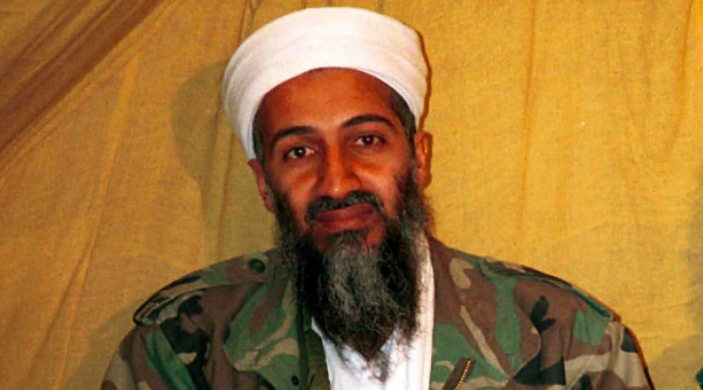 U.S. officials have released details of personal items found in Osama Bin Laden’s home. What has caught the interest of many is the contents of Bin Laden’s bookshelf. The terrorist leader had 40 English-language books on his shelf when U.S. Special Forces killed him in 2011. Many of the books found reflected his fixation on the West. Some books from his personal collection include Bloodlines of the Illuminati by the American conspiracy theorist Fritz Springmeier; The New Pearl Harbor: Disturbing Questions About the Bush Administration and 9/11 by the 9/11 conspiracy theorist David Ray Griffin; and Imperial Hubris: Why the West Is Losing the War on Terror by former C.I.A. officer Michael Scheuer. 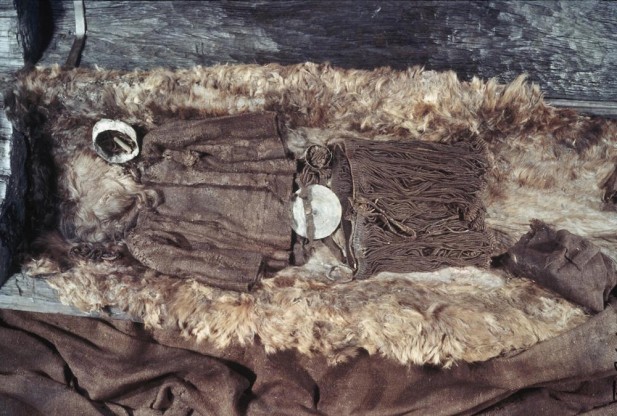 Image: The National Museum of Denmark

New research has revealed more details about the remains of an iconic Bronze Age woman, buried in Denmark about 3,500 years ago. The remains include clothing, hair and nails, which are all in excellent condition. A new analysis released this week in Scientific Reports reveals that the woman spent her life in southern Germany and made several long trips during the last two years of her life. Her clothing is also very modern as researchers say it looks like she was wearing a version of a miniskirt and T-shirt at the time of her death. Archeologists in Sweden uncovered the woman’s body in 1921 and research has been conducted on her remains since then. 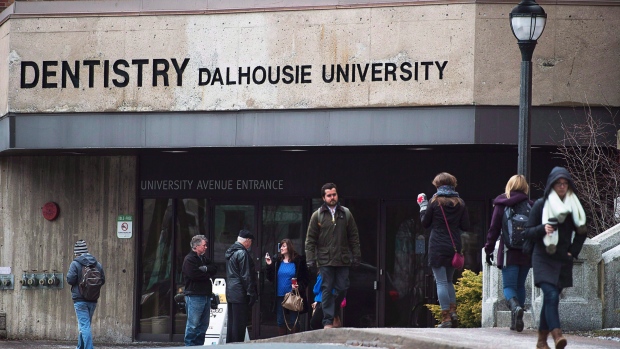 After undergoing a restorative justice program, the men involved with the Dalhousie dentistry scandal have shared their thoughts about their actions. The students, who posted sexually offensive and explicit comments about female classmates on a private Facebook page, were ordered to undergo a restorative justice program along with the women involved in their online assaults. “We learned that saying sorry is too easy. Being sorry, we have come to see, is much harder. The truth is, none of the Facebook group members are innocent but nor are we monsters,” reads a letter they sent to CBC.