1. Hospitals and schools hit by airstrikes in Syria

Five hospitals, including a maternity ward, and two schools were hit by airstrikes in northern Syria on Monday. At least 50 people were injured in the attacks. Four rockets struck a hospital run by Doctors Without Borders (MSF) in the town of Maarat al-Numan. Seven people were killed and eight staff members remain missing.

MSF reported that 15 other buildings in the area were also damaged. The Syrian Observatory for Human Rights says that Russian warplanes were responsible for the attacks on the hospital. MSF has also accused Russia of targeting their facility. In a separate incident, airstrikes destroyed a children’s hospital and school in the rebel-occupied town of Azaz killing at least 14. United Nations Secretary General Ban Ki-moon called the attacks, “blatant violations of international law.”

Uganda’s president Yoweri Museveni is taking a strong stance against social media during the current national election. Museveni has ruled that social media sites will be blocked in the country on the day of the election in order to stop people from “telling lies.” The 71-year-old Museveni has been president for 30 years and is hoping to continue his rule. Despite the ban, many Ugandans have found a way around the block using a Virtual Private Network (VPN), which helps social media users by connecting their internet to a computer in another country, allowing them to have access to sites such as Facebook, Twitter, and Whatsapp. Official election results are to be announced on Saturday.

An Indian company has released the world’s cheapest smartphone that costs only 251 rupees ($4.93). Ringing Bells, a company based out of Uttar Pradesh state, started selling the phones on its website on Thursday. The website crashed because demands for the phone were so high, but it went back up on Thursday night. The phone is called Freedom 251 and looks similar to the iPhone 4 with a 10 cm display and 8GB of storage. Despite the extremely low selling price, Ringing Bells says India’s Modi government does not subsidize costs.

U.S. scientists are developing a 10-minute cancer test that can be used in the privacy of one’s home. The test will require a drop of an individual’s saliva to determine their diagnosis. David Wong, a professor of oncology at UCLA, says that tumor DNA can be found in bodily fluids via a liquid biopsy. The saliva test would detect genetic mutations in blood plasma that matched those of a tumor. Wong says that the test would be 100 per cent accurate. 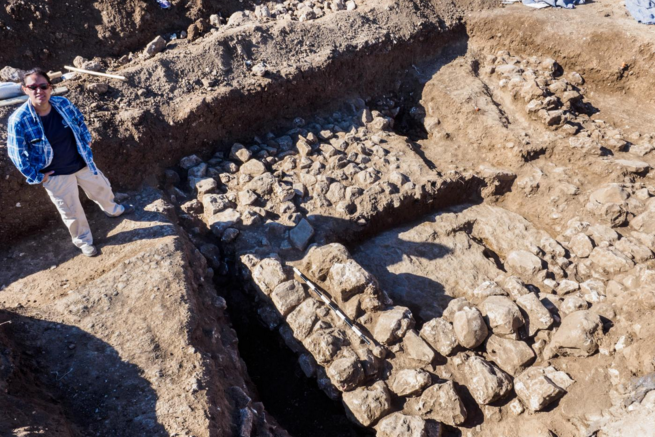 On Wednesday, Israeli archeologists announced that they unearthed a 7,000-year-old settlement in Jerusalem believed to be the oldest discovery in that area. Two houses in fairly good condition were discovered during the archeological excavation. According to Ronit Lupu of Isreal’s Antiquities Authority, the houses date back to the Chalcolithic period in 5,000 B.C.

“This is the first time we found architecture of this kind in Jerusalem itself. We are talking about an established society, very well organized, with settlement, with cemeteries,” Lupu said in a press release. 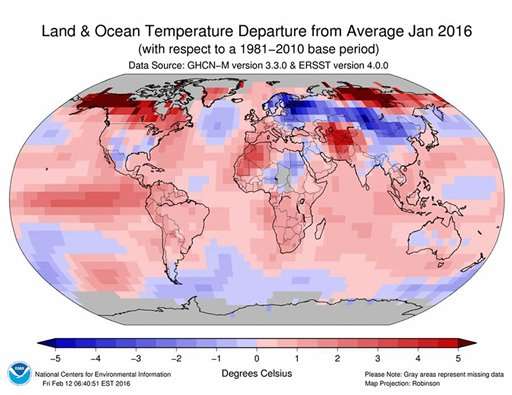 The Earth has reached record high temperatures for nine straight months, according to NASA. January had the overall highest rise in temperature with a 1.13°C increase over every month on record. The average global temperature in January was 13°C according to the National Oceanic and Atmospheric Administration (NOAA). The high January temperatures also resulted in record low sea ice in the Arctic.

A Canadian family vacationing in Hawaii is lucky to be alive after the tour helicopter they were on crashed in Pearl Harbor. The dramatic footage was captured on film by a tourist and shows the helicopter spinning out of  control and crashing into the water. The tourist immediately stopped filming when he saw the crash and ran to help. The pilot and the family were rescued. Three family members are recovering well but a 15-year-old boy remains in hospital in critical condition.

A Nigerian toddler banished by his family after being accused of witchcraft is receiving an outpour of donations. Danish aid worker Anja Ringgren Loven posted pictures of the starving little boy, who she calls “Hope”, on her Facebook page in January.

Loven is the founder of African Children’s Aid Education and Development Foundation (ACAEDF). They work to save children in sub-Saharan Africa who are accused of witchcraft. According to UNICEF, the AIDs epidemic, ongoing wars, and poverty have fuelled the belief in witchcraft in regions of sub-Saharan Africa.

Parents often abandon their children and accuse them of witchcraft when a tragedy occurs, such as the death of a family member. Three-year-old Hope was left on the streets to die by his family after they thought he was a witch. Two days after Loven posted the pictures of Hope, over $200,000 in donations poured in for the little boy and ACAEDF. Last week, Loven shared a picture of Hope looking healthy and happy after receiving much needed medical attention.

9. Dolphin dies after tourists pass it around for selfies

A baby dolphin has died after tourists removed the animal out of the ocean to take selfies with it. Footage shows tourists visiting Santa Teresita beach in Buenos Aires, Argentina, crowded around the Franciscana dolphin and bombarding it with their phones, in attempts to take pictures.

After the tourists got their snapshots, the animal was left on the beach to die. The Franciscana dolphin is a vulnerable species with only 30,000 remaining on the planet. “This serves to inform the public about the urgent necessity to return these dolphins to the sea as soon as possible,” said a spokesperson for the Argentine Wildlife Foundation (AWF).