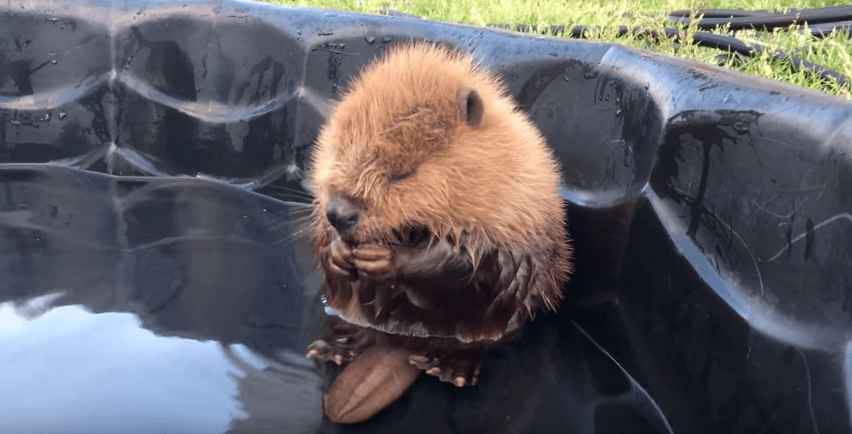 Dog diagnosed with cancer on cross-country road trip with her owner https://t.co/ocW6JmTm0I pic.twitter.com/8e7aCjULr7

Robery Kulger’s best friend is his dog, Bella. He adopted her nine years ago, but last May he learned that Bella had cancer and only had six months to live. As a result of the diagnosis, Bella had to get her leg amputated.

Kulger wanted to make the best of the situation and spend as much time as he could with Bella while she was still around. So, he got in his car with the pup and decided to do a cross-country road trip across the US. Although Bella was given just half a year to live, 14 months have passed and she is still keeping well. But Kulger takes no days for granted.

“I just saw firsthand what happens when you don’t do what you want to do in your life and that’s that you don’t get to do it,” he said.

How cool is it that @NBCNews picked up the story about our 93-year-old student? Way to go Amy Craton! https://t.co/7HMXC4F6Ed

With studying and exams, college is a stressful time for many. But 93-year-old Amy Craton of Honolulu, Hawaii, was looking forward to going back. “Sitting here one day in front of the computer, I thought, boy, I’m just wasting my time here. I think I’ll go back to college and finish my degree,” she told NBC News.

Craton has wanted to return to college for a while but the time was finally right for the senior. She uses a wheelchair and has trouble hearing so online school was the best fit for her. Craton also has a 4.0 GPA and she says that keeping up with the technology of online school is not a problem for her. “I’m on Facebook and I email. I’m all over. The minute I get up in the morning, I go over and I check the news here and in the world,” she said.

Craton will graduate next fall with a degree in English.

Here’s your Monday feel-good story: a young Portugal fan consoles a French man as his team lost the #EURO2016 final.https://t.co/ahpg00dzda

After France lost to Portugal in the Euro 2016 football final, many French fans were left heartbroken. A young Portugal fan spotted a very sad looking French supporter and went over to console him and the heartwarming moment was caught on video. 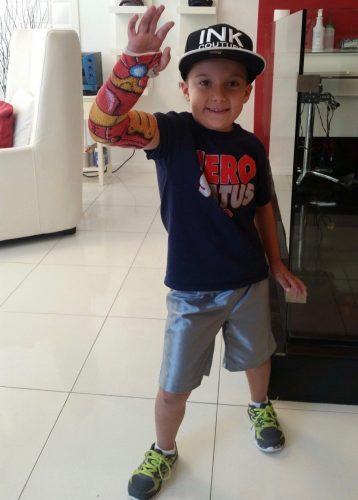 Seven-year-old Mike O’Rourke of Huguenot, New York, sprinted out of his class on the last day of school. He was so excited that he ended up tripping, falling, and breaking his arm. O’Rourke has to wear a cast for the rest of summer break. At first, he was pretty miserable about it. Luckily, his dad, Michael, had a great idea to make the cast a very cool accessory. Michael contacted a local tattoo shop to see if they could draw a design of Iron Man’s robotic suit on his son’s cast. The tattoo artist managed to do an amazing job and Mike has the coolest cast around.

A video of a baby beaver swimming happily has gone viral. The Alberta Institute for Wildlife Conservation (AIWC) posted the video after they found the beaver on a golf course with an injured tail. “We’re glad he’s gaining weight every day and his pool time is going really well,”  said Holly Duvall of the AIWC

6. Girl finds Olympic medal and returns it to owner

Chloe Smith was on a walk with her father when she noticed something shiny in a pile of trash. Smith went a little closer and discovered that the object was an Olympic gold medal. The little girl didn’t think much of what she just found, but her dad recognized the medal right away. It turns out that the medal belonged to former Olympic canoeist Joe Jacobi, and he was looking for the prize he earned at the 1992 Summer games in Barcelona.

The Smiths managed to get in touch with Jacobi and he confirmed the medal belonged to him. At first, Chloe had the ‘finder’s keeper’s’ mentality about the medal, but she did the right thing and gave it back to Jacobi. “When you talk about character and doing the right thing, that girl has so many of the values of the Olympic Games. I think that Chloe represents and embodies all the Olympic values. In my eyes, she is an Olympian in every sense of the word,” Jaboci said.

Nine-year-old Samya McLaughlin wanted to celebrate her birthday by giving back. She did not want presents. Instead, she used her birthday money to buy lunch for the police officers at Detroit’s 11th Precinct. McLaughlin came up with the idea after seeing the police shootings in Dallas. “I was thinking that I should feed the police officers because I wanted to show them that I support them and I thank them for all that they do,” she said.

8. Woman with Down Syndrome has the most adorable reaction to her boyfriend’s surprise

When Ashley Greenhalgh’s boyfriend, Danny Griffiths, surprised her with a promise ring for her 21st birthday, she was elated. Greenhalgh’s reaction the gift was caught on camera and it is absolutely priceless. Both Greenhalgh and Griffiths have Down Syndrome and they plan on getting married in the next few years.

9. Boy cries because he thinks puppy is ‘just beautiful’

Here is a video that will make your heart melt. Happy Wednesday, folks.