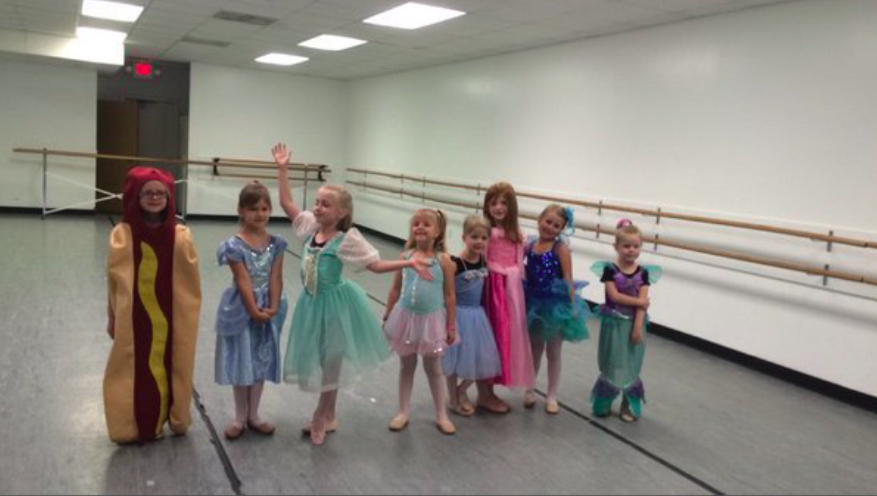 Chris Koch was born without arms and legs but he did not let that stop him from completing a marathon. The 37-year-old participated in the Calgary Marathon last week and used his longboard to complete the race. “The amount of support I received from the other runners was awesome. They were happy to see me out there and recognized that my longboard wasn’t an advantage, but a way for me to participate,” Koch told Today.

While her fellow classmates took the traditional route for her dance school’s “Princess Day,” five-year-old Ainsley Turner did something different. Instead of dressing up as a Disney princess, Ainsley wore a hot dog costume. Pictures of the little girl’s awesome getup have gone viral and she has even earned the hashtag #HotDogPrincess on social media. Ainsley’s confidence impressed her dance teacher Grayson Lamontagne, who initially shared the pictures online.

“I wanted to share the pictures first of all because it was so innocent and cute, and also because I was so impressed with how confident a little girl could be with herself to just wear whatever she liked the best,” Lamontagne told Buzzfeed.

3. Man uses his turban to save dog

Sarwan Singh of Punjab, India, was driving when he noticed a crowd of people gathered around an irrigation canal. He stopped his car to see what was going on and saw that a dog was drowning in the canal. Singh, a Sikh, immediately removed his turban to lower himself towards the dog and managed to pull it out of the water. For Sikhs, the turban is a sacred religious article and is not usually removed. But Singh didn’t think twice about taking it off to help the struggling animal.

“The moment I started taking off my turban, people watching around were shocked. They thought I was disrespecting my faith. But what was important at that point was to save the animal’s life,” he said.

Kevuntez King knows the value of hard work. The teen from Tennessee began selling newspapers at age 12. He wanted to make enough money to pay for his own college tuition. Five years later, King has accomplished his goal before graduating high school. He has been accepted to Tennessee State University and will start next Fall.

King was raised by his mom and says she motivated him to work hard and pave his own path to success. “She just taught me how to be independent like she had it, (and) she just wanted me to go get it myself,” King told WHBQ News. 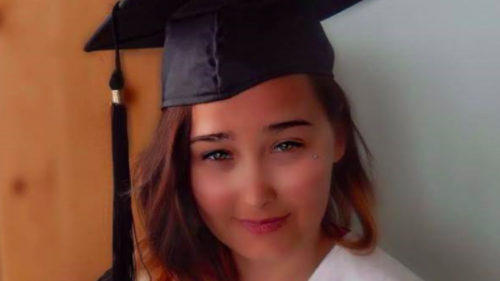 For most high school seniors, graduation is a pretty big event. But for Lindsay Joy Evaloajuk, graduating high school was a milestone. Evaloajuk is the first high school student in Qikiqtarjuaq, Nunavut, to graduate in four years. Nunavut has the lowest graduation rate in Canada. According to CBC, only 57% of students in the territory get their high school diploma.

Evaloajuk says she struggled a lot with math but sought out extra help so she could complete grade 12.

“I stayed after school to finish my work and I asked them how I could learn more. They taught me the formulas I need to know to figure out the problem in math,” she told CBC.  She hopes to continue education at Nunavut Sivuniksavut College, to study Inuit culture and history.

10-year-old Emma from Texas was overjoyed to receive a doll that looks just like her. Emma has a prosthetic leg and her parents surprised her with an American Girl doll that was fitted with a special leg exactly like her own. Emma’s emotional reaction to her present was caught on camera and it has gone viral.

A dog chained to the front porch of a Houston home as floodwaters hit record levels was rescued by a local news team. The pup was struggling to keep its head above water and luckily a news crew reporting on the flood spotted the dog. News anchor Phil Archer and a volunteer jumped off their airboat to rescue the dog, who was later brought to the Houston Humane Society. The news crew returned to the scene and ended up rescuing five more dogs.

Alex Valadez Jr. recently graduated from kindergarten. It was a big day for the little boy, but unfortunately, one very important person was missing. Alex’s father, Alejandro “Alex” Valadez, was shot while serving as a police officer in 2009. Alex never got to meet his dad. But on the day of his kindergarten graduation, his father’s fellow officers were in attendance to cheer him on while he received his diploma.

9. Adorable triplets are best friends with their local garbage man

These two-year-old triplets from Florida have become friends with their local garbage collectors and it is adorable. Their mom, Martha Sugalski, uploaded a video of them bursting with joy when they see the sanitation workers, and it will make your day.