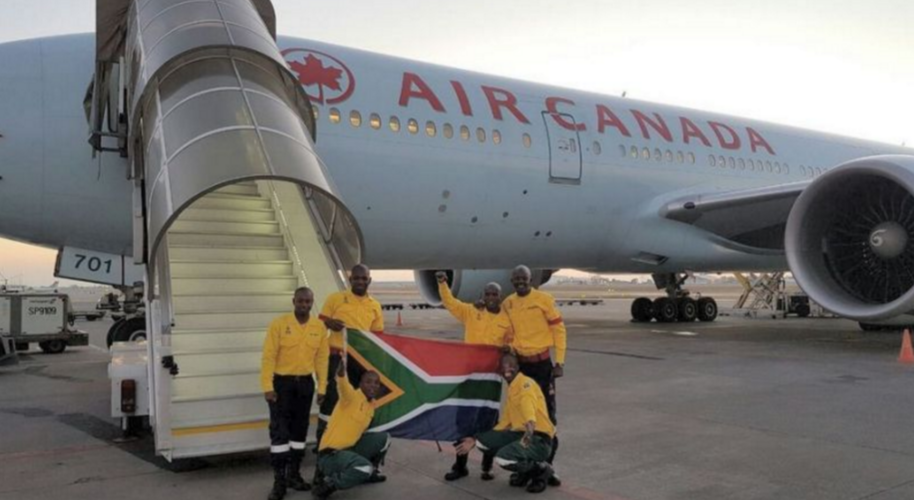 11-year-old Shetland sheepdog Robbie has experienced an array of health problems. From paw injuries to skin tumors, Robbie has really been suffering over the past few years. But things have changed ever since he got ‘bionic’ back legs. With his prosthetics, Robbie is able to move around way easier and he has even been nicknamed ‘Robo-dog.’

When it came time to find a date for prom, Dylan couldn’t think of a better date than Mom: https://t.co/5JKbzVQCzc pic.twitter.com/pwtJ0aeoxn — USA TODAY (@USATODAY) May 30, 2016

Dylan Huffaker of Twin Falls, Minnesota, was excited to attend his upcoming prom and he knew exactly who he was going to take as his date. Dylan’s mother, Kerry, was diagnosed with Stage 4 brain cancer in February and her doctor said she only had a few months to live. Dylan wanted to do something special for his mom and asked her to be his prom date. At first, Kerry did not think that Dylan really wanted to take her to prom but her son reassured her that she would be the best date ever.

“I said, ‘You don’t want to go to the prom with your bald old mom,’ and he said ‘You’ll be the prettiest date there,'” Kerry told KTVB.

3. Single mom thanks 4-year-old son for helping her graduate college

Jelina Sheppard recently graduated from North Carolina Agriculture and Technical State University. The 24-year-old single mom is not only gaining attention for her academic achievements but also the heartwarming message she gave to her four-year-old son, Karter Sheppard, thanking him for helping her get through college.

4. Man jumps in freezing river to save dog

Bobby L’Heureux Rips Off His Clothes To Save A Stranger’s Dog From Drowning https://t.co/5WxiP3B0FS @BHeartBHands

Sara Melnicoff was walking her dog, Carli, in Mill Creek, Utah, when the pup suddenly fell into the freezing cold water. Melincoff panicked as Carli was pushed away by the rapids. She was just about to jump into the water when a random man suddenly leaped in before her to save Carli. Bobby L’Heureux was able to get a hold of Carli and pull her from the chilly river. Melnicoff thanked L’Heureux by donating to a charity of his choice.

5. Student gets kidney transplant from teacher

Eight-year-old Natasha Fuller was in desperate need of a kidney transplant and her donor turned out to be a teacher who works at her elementary school. Teacher Jodi Schmidt says Natasha’s positive attitude inspired her to see if she was a suitable donor. Schmidt went in for testing and found she was a match. Natasha is recovering well and her family is extremely grateful for Schmidt’s kindness.

“Thanks to Jodi’s amazing gift and support of her family, we are with Tasha as she recovers and gets stronger after the transplant. Her doctors at Children’s Hospital of Wisconsin say that everything went well and that we could not have asked for a better organ,” the Fuller family wrote in a Facebook post.

When an elderly woman began choking at a senior living centre in Ohio, another man jumped into action, performed the Heimlich maneuver, and saved her life. That man happened to be Dr. Henry Heimlich, who invented the life-saving Heimlich maneuver.

“As soon as I did the Heimlich maneuver, a piece of meat with a bone in it immediately popped out,” the 96-year-old Heimlich told AP. He has never performed the move on anyone before.

Artist Benjamin Lloyd from Tauranga, New Zealand, is using tattoos to help lift the spirits of younger patients at Starship Children’s Health in Auckland. Lloyd started giving sick kids at the hospital temporary airbrushed tattoos years ago, but his work has recently gained attention online. The artist’s project has received a huge positive response from the children’s families and the community at large as his amazing body art helps the kids feel confident in their own skin.

This is one of the most amazing things I’ve ever seen. South African firefights land in }yeah pic.twitter.com/sStRWYhUWZ

Nearly 300 firefighters from South Africa arrived in Edmonton on Monday and the first thing they did was sing. “It gives us moral courage, it gives us teamwork. If we become tired in the fire we sing,” South African firefighter, Khomt Alucie, told CBC. A crowd of bystanders gathered at the airport to cheer them on and thank them for the challenge they are about to take on. Many of the South African firefighters will be sent to Fort McMurray help control the wildfires that continue to destroy the city.

9. Local Chinese government will help children who are forced to climb 2,500-foot cliff to get to school

Imagine having to climb a 2,500-foot cliff in order to get to school. That is the reality for a group of students in China. The children only have access to rickety ladders that help them get to their school in Zhaojue county once every two weeks. Images of the kids scaling the steep cliffs have gone viral, pushing local government officials to finally build a metal staircase for the children so they can get to school safely.