1. 120-pound Great Dane rescued after getting stuck in a tree

Kora the 120-pound Great Dane is safe after getting stuck in a tree. Kora’s owner Wes McGuirk says that she probably got a little too carried away while chasing a racoon or a squirrel and somehow managed to climb the tree. McGuirk was not able to get Kora down so he called the fire station for help. Kora was able to untangle herself from the branches and fell safely into a tarp that was held by up several fire officials. 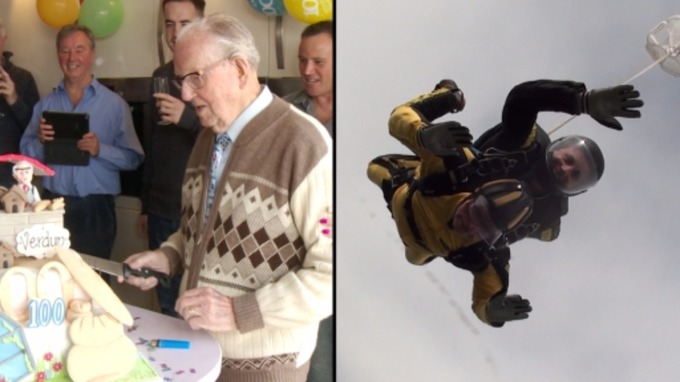 Verdun Heyes from North Devon, England, celebrated his 100th birthday in the skies. The risk-taking centurion decided to go skydiving for his special day and loved every moment of it. “Actually, I wanted to do it ten years ago but I got talked out of it. But I was determined that on my hundredth birthday I would definitely do the jump,” Hayes said after his skydive experience.

3. Australian man raising funds for housing on wheels for homeless 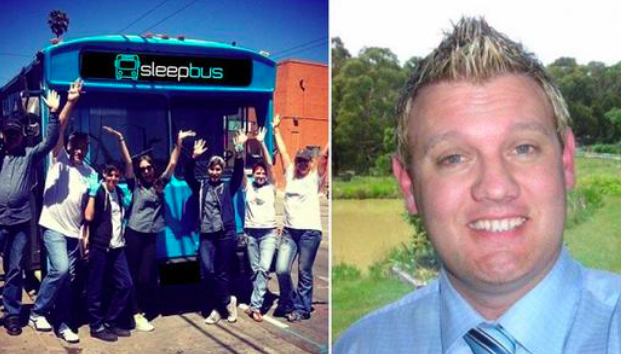 Simon Rowe of Melbourne,Australia, is on a mission to help the homeless in his city. He has started a GoFundMe campaign to raise funds to build the Sleep Bus. The bus will be a mobile shelter for the homeless and will include 22 beds, two washrooms, and 22 storage lockers. Rowe has already reached his goal of $50,000 and wants to keep fundraising.

4. Six-year-old girl with Down syndrome proves she can bust a move after being rejected from dance company

Six-year-old Ana Malaniuk from Edmonton is not letting anyone stop her from dancing. The little girl was recently rejected from a dance company because her skills did not meet their “standards.” But instead of letting that stop her, Malaniuk decided to record her own dance video, proving she has some amazing moves.

5. Homeless man given new violin after his gets stolen

Mark Landry can usually be found playing his violin in the Montreal Metro transit system. He is homeless and gets joy from performing for people at various stations around the city. On Tuesday morning, Landry woke up to find his precious violin gone. Word of the theft broke out and the Orchestre Métropolitain heard about the incident and wanted to help. They contacted a local violin shop and were able to replace his instrument with a new one. Landry was extremely grateful for the replacement violin and he got back to performing right away.

6. State troopers surprise 10-year-old at birthday party when no one else showed up

Toxey Ahrabli was very excited to turn 10-years-old. He invited all 21 of his classmates to his birthday party. Some students said they would show up, but on the day of Toxey’s party, no one came. He was heartbroken and his mother, Angela Andrews, took to Facebook to express her sadness.

Some state troopers saw the status and decided to surprise Toxey. Five officers arrived at the little boy’s home accompanied by their police dog. They played a round of basketball and brought him gifts including a scooter and video games. “They had come to give me all that stuff and make up their own birthday party for me.I cried a little bit because they did that for me,” Toxey told KTHV.

7. Chinese doctor with no legs uses stools to walk 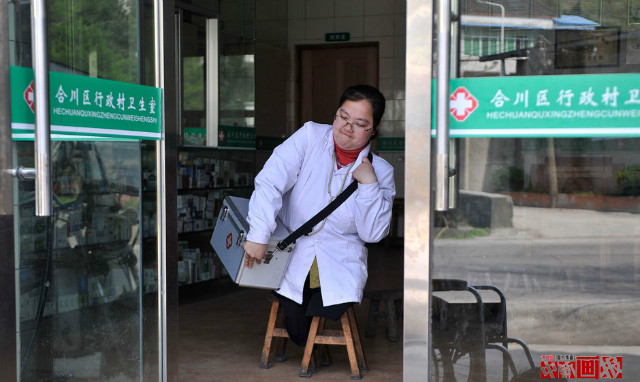 When Li Juhong was only four-years-old she had her legs amputated after being involved in a bad car accident. But instead of letting that incident discourage her, Li was motivated to become a doctor so she could help others. At 37-years-old, Li has set up a successful clinic in Chongqing, China. To get around she uses a pair of stools instead of legs. Li has helped over 6,000 patients thanks to her resilience and determination.

After their boat sank in the Pacific Ocean, a trio of sailors swam to a small desert island. They used branches and leaves from palm trees to spell out the word ‘HELP’ in giant letters. The US Navy and Coast Guard spotted the sign and brought the men to safety.

Tami Wilson is a zookeeper at Symbio Wildlife Park in New South Wales, Australia. Wilson has developed an extremely strong bond with an orphan baby koala named Harry. When Harry sees Wilson he immediately stops what he is doing and approaches her for cuddles. It is pretty much the cutest thing ever.