Sofia Andrade was excited after winning $200 on her scratch lottery ticket but she decided to use her luck to help someone in need. Andrade driving home after collecting her winnings and was at a stop sign when she noticed a homeless man. Glen Williams has been panhandling at the stop sign for three years. Andrade saw Williams freezing on the street and decided to help him. She pulled over and proceeded to take him to a coffee shop for a warm drink.

As they engaged in conversation, Williams told Andrade that there was a shortage of shelters and he had nowhere to stay during the cold snap. Andrade decided to use her lottery winnings to get him get a motel room so he could stay warm for the night. She also set up a GoFundMe page to collect long-term donations for Williams. A barber cut Williams’ hair, and others have given him winter clothing. “I couldn’t believe there’s somebody like [Andrade],” Williams told WCVB. “She deserves a lot of the credit for where I am right now.”

Kyle Simpler is an English teacher at Burleson High School in Texas. He recently told his students that he couldn’t remember the last time he had a birthday cake. So, when it was Mr. Simpler’s birthday, his students surprised him with just that. It was his first birthday cake in over a decade. Watch Simpler’s reaction to the heartwarming surprise.

When Drew Smith adopted Carl, a rescue dog from an animal shelter in Bonita, California, he was not expecting that the pup would end up saving his life one day. But that is exactly what Carl did on January 21. Carl had been acting up all day and at 1 a.m. he frantically jumped on Smith and began licking his face while he was asleep.

Smith woke up and noticed that his apartment was filled with smoke. He was able to escape safely with Carl. The fire department discovered that a small blaze had started in the walls and was burning for days before the smoke engulfed the apartment. Luckily, there was no extensive damage to the apartment and Smith was able to return last week, all thanks to the help of Carl. 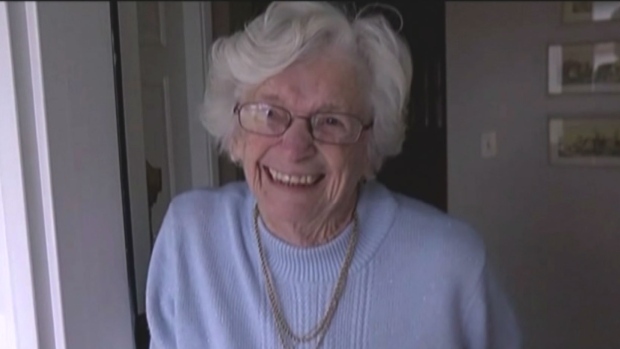 Every morning for nine years, 86-year-old Tinny Davidson from Comox Valley, B.C., has stood at her window and waved to students on their daily commute to the schools near her home. This Valentine’s Day, the students decided to give back to Tinny. Nearly 70 students showed up at the great-grandmother’s home on Friday with homemade Valentine’s Day cards filled with kind words. “Well, I think I’m just the luckiest lady alive, really and truly. I have so much joy from them,” Davidson told CBC.

5. France’ s 104-year-old twins reveal the secret to their longevity 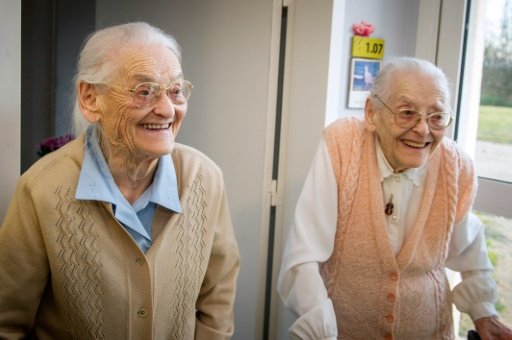 At 104, Paulette Oliver and Simone Thiot are still living life to the fullest. The twins were born prematurely in 1912 and were not expected to survive. But Oliver and Thiot beat the odds. The French twins credit their longevity to always sticking together. “We are still alive because we have always stayed close. We keep our independence – each of us has her own room — but we only need to cross the corridor to see and talk to each other,” one of the sisters told France 24. Read more on

Like any eight-year-old, Amelia was excited to celebrate Valentine’s Day with her classmates. But this year, the Seattle elementary school student decided to do things a little differently. When she was an infant, Amelia was diagnosed with eye cancer, which left her blind. Amelia thought that it would be neat to send Valentine’s cards written in braille to her second-grade classmates. It turns out that her cards were a hit and her classmates loved them.

After spending nearly five months in the hospital, little E’layah Faith finally gets to go home for the first time. The infant was born 14 weeks early by emergency C-section on September 23, 2015. E’layah weighed only 10 ounces and was not expected to survive. But with the help of doctors and nurses at Levine Children’s Hospital in Charlotte, North Carolina, E’layah gained strength and was healthy enough to return home with her parents on Tuesday. “She has grown, she has been able to breathe on her own and she looks around, She pays attention to her surroundings, she knows her mom’s voice, she knows her dad’s voice… and I’m amazed she has come this far,” Dr. Jessica Clark-Pounder of Levine Children’s hospital told CBS.

Now this is something that would happen only in Canada. While on his way to a weekend getaway with his family, David Freiheit decided to stop in Parc Omega, a drive-through safari park outside of Montreal. He picked up a bag of carrots at the entrance, and before he knew it deer, goats, and stags were appearing left, right, and center. But it was one friendly elk that stole the show. The elk came right up to the rear car window where Freheit’s little girls were sitting in the back seat. Then animal proceeded to stick its head through the window so Freiheit’s youngest daughter could feed it some carrots. The amazing footage was all caught on camera.

Russian teenager Alexey Romanov was born without hands but that did not stop him from learning to play the piano. Romanov doesn’t just play simple tunes, he is a self-taught expert. He was recently featured in a concert with the Kazan Chamber Orchestra La Primavera, and the conductor was completely blown away by his talent.