That’s why each Wednesday we bring you a roundup of some of the biggest news stories about good things that happened around the world to help brighten your day.

1. Girl born without a face finds ‘sister’ living across the world 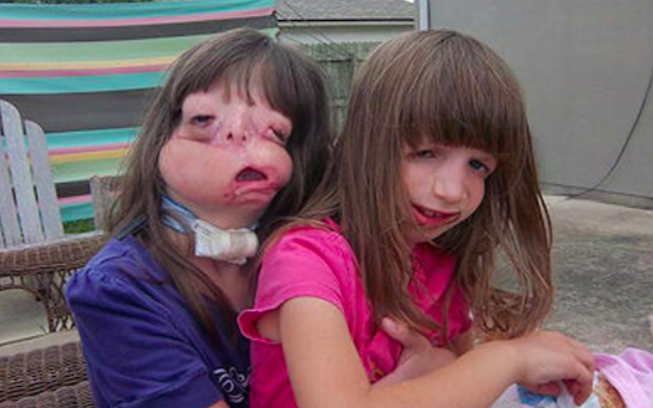 For six years, Danica Wetmore grew up in a Ukrainian orphanage. No one thought that Danica would ever be adopted because she was born with Treacher-Collins syndrome, which causes deafness and missing bones in the face. Danica has a very severe case of the disease because she was born without 40 per cent of the bones that are supposed to make up the human face. However, those who doubted that Danica would not find a family were wrong. Thomas and Tami Wetmore visited the Ukrainian orphanage and the American couple adopted Danica right away. The Wetmores knew that Danica would be a great sister for their daughter, Juliana, who also has Treacher-Collins syndrome. Juliana and Danica, are now not only sisters but best friends. The girls are proof that differences can bring people together and they have inspired Thomas and Tami to adopt three more children who were desperately looking for a home.

2. CEO gives away $27 million to staff after selling his firm 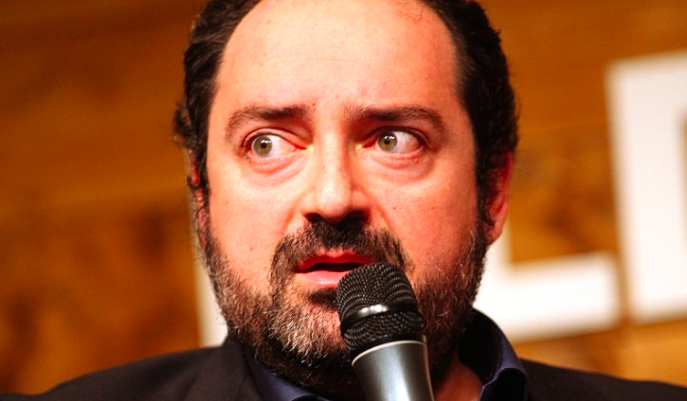 A Turkish CEO of a food delivery company has sold his business and has decided to share his profits with the 114 employees of his former firm. Nevzat Aydin told Turkish news outlets that he felt that his employees deserved a share of the $27 million sale of the company. The employees will be paid anywhere between $1,000 to $2,000 a month. “If there is a success, we have accomplished it all together,” Aydin told reporters.

3. Boy who read junk mail receives thousands of books thanks to the help of a mailman 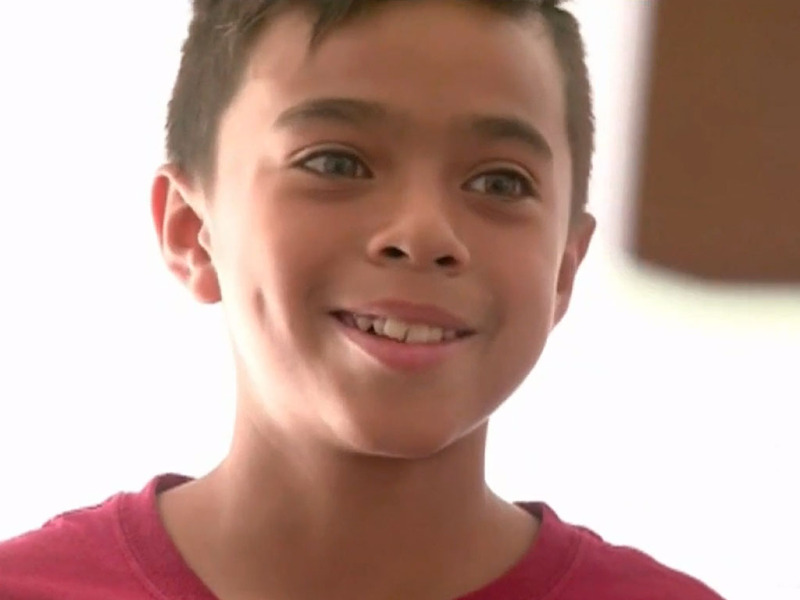 Post office worker Ron Lynch was busy delivering mail to an apartment complex in Sandy, Utah, when he spotted a young boy looking for junk mail. “A young man was standing [there] reading junk mail, and asked me if I had any extra,” Lynch told reporters. The 12-year-old boy named Mathew Flores told Lynch that he was looking for junk mail to read because he could not afford a bus pass to get him to the library. After hearing this, Lynch was heartbroken and knew he had to do something to help.

The postman took to Facebook to ask family and friends to donate their old books to Flores. “Please share and let’s get him tons of reading material! Most kids his age want electronics! It’s great to see his desire, and you should have seen him beam when I said I could help,” he wrote. The post went viral and has been shared over 6,000 times. As a result, books for the young boy have been coming in from around the world. Flores says he cannot wait to get started and read every book that has been sent to him. 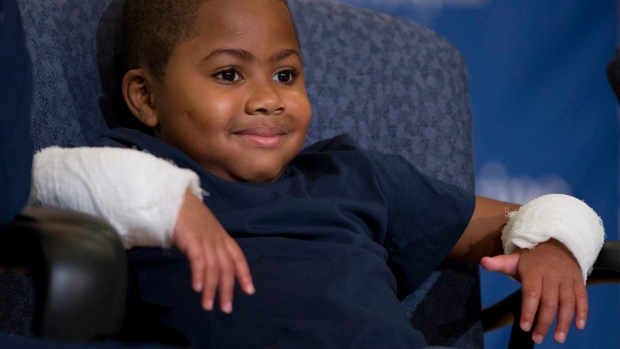 An 8-year-old boy has become the world’s youngest person to receive a double hand transplant. Zion Harvey lost both his hands and feet to a serious infection. He received the operation earlier this month at the Children’s Hospital of Philadelphia but doctors only went public with the news of the 11-hour operation this week. It took a 40 person medical team for the operation to go successfully. Zion says he is most looking forward to using his new hands to hold his little sister. “My favorite thing [will be to] wait for her to run into my hands as I pick her up and spin her around,” he told reporters. 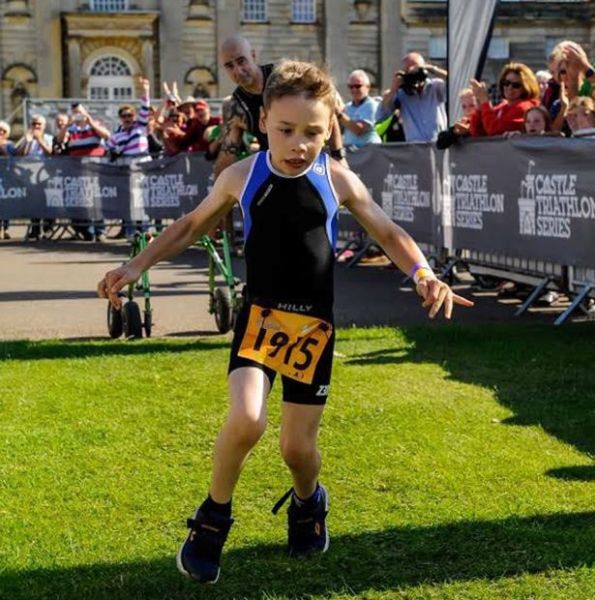 Eight-year-old Bailey Matthews received cheers from the crowd as he crossed the finish line after completing his first triathlon. What made the moment even more special is that Matthews has cerebral palsy and he finished the race without any help. Matthews swam 100 meters, biked 4 km, and ran 1.3 km in the Castle Howard Triathlon in North Yorkshire, England. “Bailey has always been very determined. If he wants to do something he will find a way to do it, even if it is not the conventional way,” the boy’s mother, Julie Hardcastle, told reporters.

6. Family walks 4,000 miles from Disneyland to Disney World in honour of daughter who died of cancer 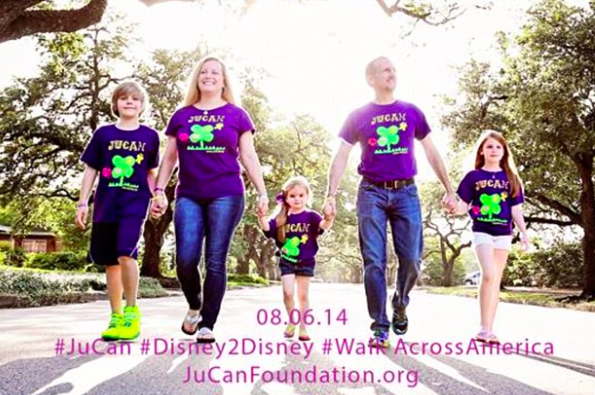 Jonathan and Jennifer Cobb, along with their three children, have been walking for ten months from Disneyland to Disney World. The journey across the U.S. was made in honour of the Cobb’s eight-year-old daughter, Julia, who passed away from a rare form of bone tissue cancer two years ago. “Julia taught us well – to go to your happy place – so naturally when she passed away, it was, ‘let’s go to our happy place.’ We just chose to walk to one happy place on Earth to the other,” Julia’s father, Jonathan Cobb, told reporters. Although the Cobb family finished their journey across 14 states last month, they are now hoping to build a ‘castle’ in Texas to honour Julia and to provide housing for families receiving cancer treatments at nearby hospitals. “I cannot bring Julia back,” Jonathan Cobb said. “I can only walk forward and change the future for another family or for my own family for that matter, and give them a foundation of hope from which to build upon.”

An orca stranded on rocks near Hartley Bay, B.C. was kept alive by volunteers for eight hours until high tide came up. “We decided the best thing to do would be to keep her cool, that meant to put water on her body and we used blankets and sheets,” said Hermann Meuter, a co-founder of Cetacean Lab. “We all cared about this whale and we were just very lucky to give that whale another chance,” said Meuter. Watch the dramatic footage of the volunteers helping the orca above.

8. Girl sells nearly $50,000 in homemade bracelets to help her best friend with a rare skin disease buy a pool 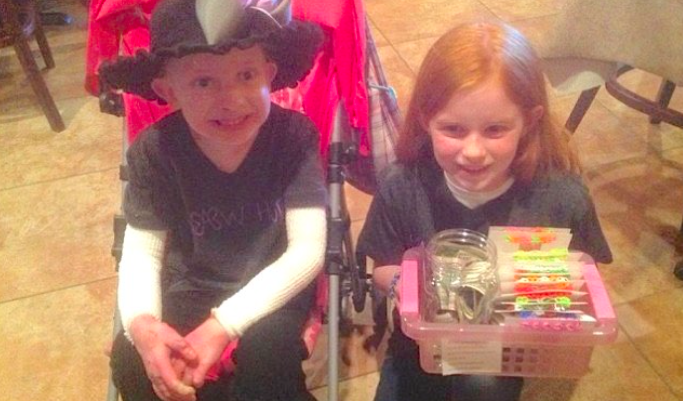 Bethany Walker wanted nothing more than to go swimming with her best friend, Anne Marie Cox, this summer. However, a rare skin-condition has kept nine-year-old Anne Marie from swimming in public pools. Anne Marie can only swim in salt water because it helps soothe her skin. Unfortunately, Anne Marie’s family couldn’t afford to build a salt water pool in their backyard. Bethany desperately wanted to do something to help her friend. She decided to start selling friendship bracelets to raise money for a saltwater pool for Anne Marie. In 19 weeks, Bethany was able to raise almost $50,000 – enough for Anne Marie’s family to build the pool. “It’s been really neat watching that relationship cultivate with these two little girls who just have a love for one another,” Anne Marie’s mother Kandi Cox told ABC News. The two best friends are now able to go swimming anytime and enjoy the rest of their summer in Anne Marie’s new pool. 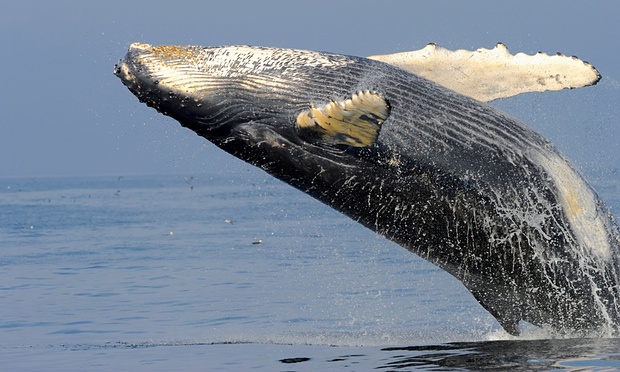 Humpback whale populations are making a comeback in Australia and researchers say the animals should no longer be considered a threatened species. The review of scientific research found that humpback whale numbers have increased at a rate of 9 per cent since 2012 on the west coast of Australia, and about 10 per cent on the east coast of the nation. The increase is one of the highest documented influxes of whale populations in the world. “It’s usually all doom and gloom in marine conservation. And it’s very depressing and demoralising for managers, politicians, NGOs and the general public, so what we wanted to do here was say there are rare occasions where it works, so don’t give up, ” said   Professor Lars Bejder, a corresponding author for the study’s research paper.