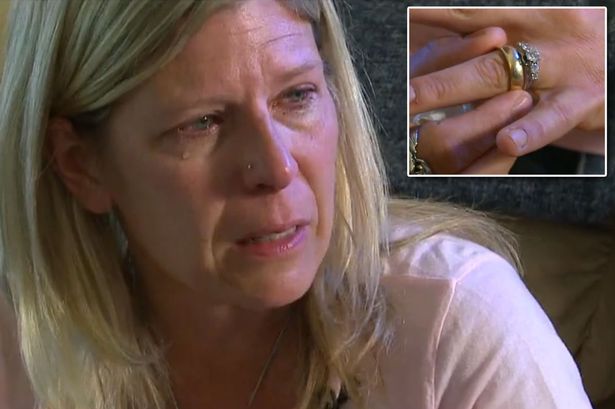 Last month, Rhonda Thill’s husband Randy passed away in a motorcycle crash. To make matters worse, when Rhonda received her husband’s belongings from the crash site, rescue officials told her that his wedding ring was missing. Rhonda was devastated because the ring symbolized the happy years she and Randy spent together as a married couple. She told her friend, who is an avid biker, about the missing ring. He passed on the news to his other friends who are also bikers and they all decided rally together and search for the ring.

Many of the bikers were people Rhonda had never met before but they were all willing to help. They managed to find the ring wedged in the dirt near the accident site. The bikers showed up to Rhonda’s door and surprised her with the keepsake that means so much to her. “It was probably the first time since Randy’s death I had an actual smile on my face, after I stopped crying, because I was so happy about it,” Rhonda said. Although the ring does not bring Randy back, it does serve as a reminder of the happy times the couple spent together. “It just kind of feels like I’ve got a piece of us back together,” she said.

2. Bus driver stops at a children’s lemonade stand and buys lemonade for all his passengers 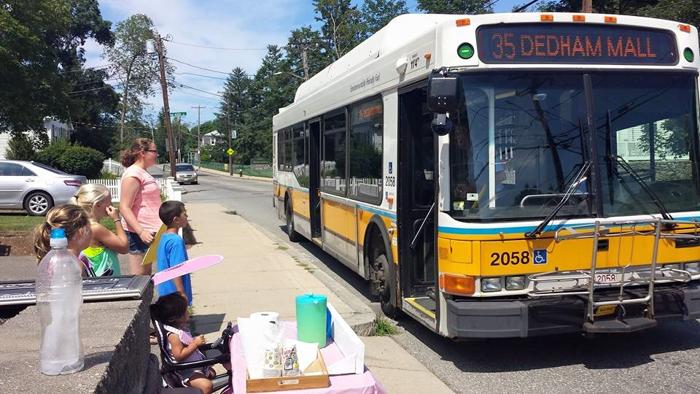 Boston bus driver Joe Lohan wanted to do something nice for the passengers riding his bus   last week. So, he decided to stop at the child-run lemonade stand that was located near his route. Lohan pulled over and bought all of the passengers a cup of lemonade for 50 cents a glass. He was more than happy to support the kids running the stand and treat his passengers to a cold drink on a hot summer’s day.

3. Teacher who won $20,000 on a game show buys every student at her school new shoes to get them through winter 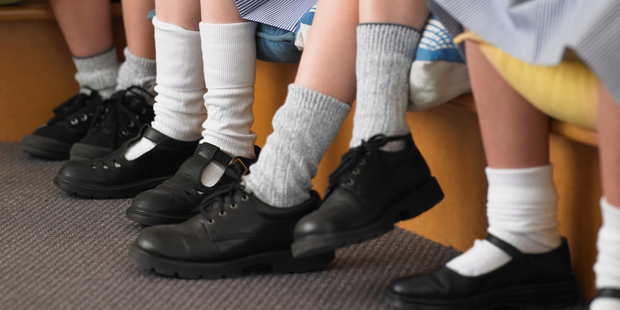 An Australian teacher who won $20,000 on a game show has decided to use her winnings to buy new shoes for every student at her school. Bri Dredge won the money on the Australian show Millionaire Hot Seat on Thursday. Instead of spending the money on herself, she wants to make sure all 200 students at the school she teaches at have a sturdy pair of leather shoes for the upcoming winter months. “I walked into school and every student in the whole school has given me a hug and said thank you,” Dredge told reporters on Friday. “The look on their faces was worth all the money that I won.”

4. Teens save woman from burning car 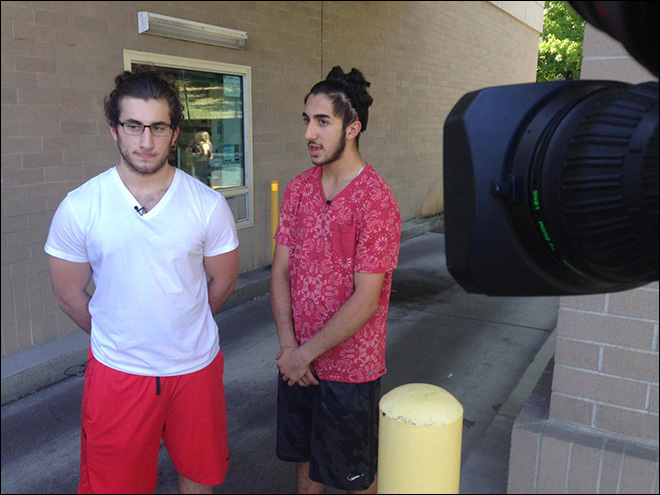 Two Oregon teenagers are being hailed as heroes after they saved a woman from her burning car. The woman’s vehicle burst into flames after it crashed into a gas pump. Phillipe and Raphael Bittar pulled over their car after they saw the woman panicking inside the burning Volvo. “The woman, she was just panicking inside the car and I told her, ‘I’m going to get you out of here as fast as I can,'” said Phillipe. “I just punched the window and I took her out. I picked her up and gave her to her friends.”

The woman suffered from smoke inhalation but she is expected to recover fully in hospital. “I was expecting for everybody to be safe because there was nobody trying to intervene or anything,” Phillipe told reporters. “So I just kind of came over here and I was like, ‘Oh wow, that’s a pretty bad fire.’ I didn’t realize there was somebody in the car until a woman ran up and my brother’s like, ‘There’s a woman in there.’ And I was like, ‘Let’s go.'”

The incredible rescue of a Golden Retriever was caught on camera and has now gone viral. Last week, a homeless dog named Clarabelle was trapped under a shipping container and rescuers from Hope For Paws rushed to the scene to save her. Watch the heartwarming rescue footage in the video above. 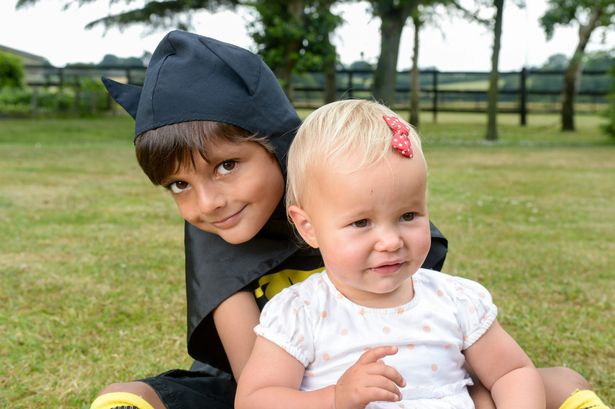 Police are crediting the rescue work of a little boy dressed up as Batman for saving a toddler trapped in a hot car. One-year-old Iris Adamski was stuck in a car with the keys inside after the doors locked themselves while her grandmother was putting away groceries in the trunk. Police arrived on the scene and were able to smash open the back window but could not fit inside to get the little girl out of the vehicle. That is when five-year-old Zavi Ahmed, dressed as Batman, walked over to the car with his mother and offered to help. Zavi, who likes to dress up as superheroes, was able to fit through the window and grab the keys locked inside. Iris was immediately removed from the hot car thanks to Zavi’s real life superhero powers.

7. After this senior citizen’s bike was stolen, her community rallied together to buy her a new one 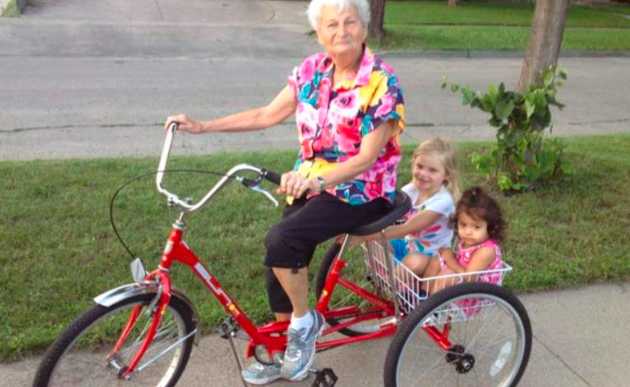 Last week, 79-year-old Dolly Juelke’s tricycle was stolen from behind her home in North Dakota. Juelke was devastated to find out that someone would take her only mode of transportation. “It was a nice three-wheeler,” Juelke says. “I got it downtown at the bike shop. It was $430, with the lock. Once in a while I’d use it to go to the grocery store. I liked it for when my feet hurt, I could still get my exercise.” With some encouragement from her daughter, Juelke decided to write a letter to the local newspaper asking the person who took the tricycle to return it.

“I would like to make a request to whomever stole my three-wheeler bicycle: I really would like to have it back as I am an elderly woman who really enjoyed my bike as I never learned to drive,” she wrote in the letter. Local resident Cassandra Maland saw the letter and decided to help Juelke get a new bike by setting up a donation page on the crowd funding site GoFundMe. It only took 15 minutes for the donation goal of $300 to be reached and that amount doubled to $600 soon after. Juelke says she is “on cloud nine” after finding out members of her community donated money for her to get a new bike.

8. Pregnant woman gets surprise of a lifetime from random strangers on the Internet 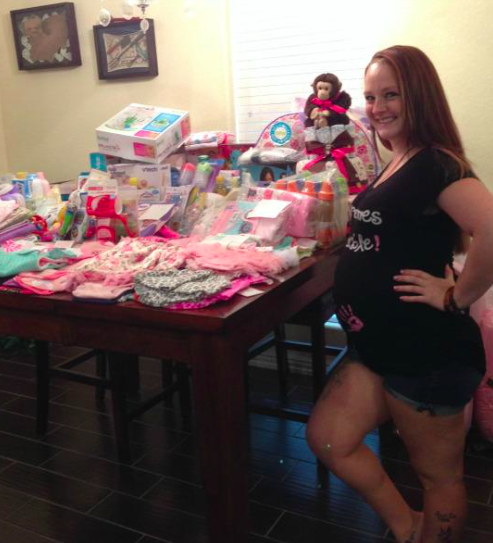 Bailey Bealefield is a soon-to-be mother who recently got the surprise of a lifetime from random strangers on the Internet. Bealefield, who is 36 weeks pregnant, invited some people to her baby shower a few weeks ago. Sadly, no one on the guest list RSVP’d to come, except for her best friend. To make matters worse, none of the guests invited even bothered to purchase an item from Bealefield’s gift registry at Walmart as a present for the expecting mother. All of the items on her registry were under $30 and were necessities that Bealefield needed for her newborn.

Bealefield’s best friend decided to take action by writing about the unfortunate incident on the public forum site Reddit. Soon, users on the site (also known as redditors) read the post and decided to support Bealefield by sending her gifts for her baby. The presents have been pouring in from all over the world, including Australia, Canada, Belgium and the U.K. Bealefield is overjoyed and amazed at the response from random strangers on the Internet and she now has everything she needs for her baby girl who is due on August 23. 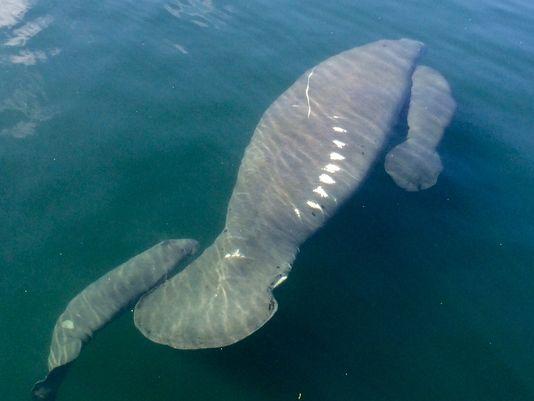 Rare manatee twins were born this week in Homosassa Springs, Florida. “In the past 10 years, maybe I’ve spotted a dozen sets of twins but never once have I seen them in the springs nor have I seen a mother and her calves quite so visible in Homosassa waters,” said Ivan Vicente of the Fish and Wildlife Service. The birth of the manatee twins is also good news for the manatee population as the animals are on the federal endangered species list, with fewer than 6,000 remaining.