After saving $120 this year, this boy told his parents he wanted to use it to feed the homeless. While the parents offered to pay for it themselves, their kid was simply too excited about his idea to let them do it. He bought food, packed sandwiches and handed them out himself around the town last week.

One monkey’s touching efforts warmed hearts on a rail track in India’s northern city of Kanpur last week, when it tried valiantly to save the life of another monkey that fell unconscious after being shocked by electrical wiring on a rail track. After 20 minutes, the wounded monkey opened his eyes and his friend was able to haul him off the tracks right before a train came in. The holidays are both a magical and stressful period for everyone – especially so when you’re travelling. Last week, the Lutheran Church Charities K-9 Ministry set up six golden retrievers in Chicago’s Terminal 1 and United Airlines invited the dogs to greet passengers for four days. Read more Dominique Harrison-Bentzen, a student at the University of Central Lancashire, says she had lost her bank card and needed to get home after a night out when the homeless man, known only as Robbie, insisted she take his last £3 so she could get home safely. Touched by his generosity, she set up a campaign to help raise money for him to get a flat and last week, successfully raised £21,000 to find him and others accommodation. Read more

Last week, an anonymous wealthy benefactor enlisted sheriff’s deputies in Kansas City to pull over motorists, and hand out $100 bills instead of tickets. The Secret Santa gave $100,000 away this year, and has given similar amounts each holiday season. Read more

6. Lasalle boy grows out hair for a heartwarming cause

After finding out that a classmate at his school had been diagnosed with leukemia, Dakota McNeil from Lasalle decided to grow out his hair for the past year and a half. Last week, his school gathered in their gym to watch his hair get chopped off, which will be donated to Locks of Love, a non-profit organization that makes wigs for children who have lost their hair due to medical conditions. McNeil also raised money for Guite’s family. Read more

After giving a homeless man named Thomas $100, YouTuber Josh Paler Lin filmed his journey afterwards with the intention of exposing the life homeless people lead. What he saw surprised him – Thomas had decided to pay the good deed forward. 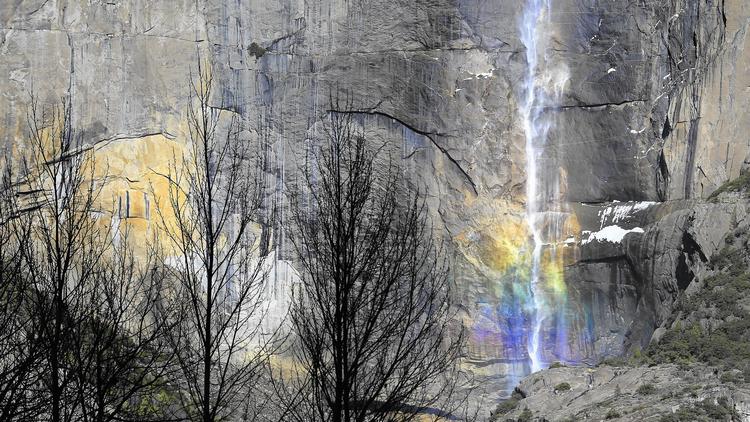 After suffering through their hottest year on record, California’s Yosemite Falls have begun to flow again thanks to recent storms. The walls were dry in June, and after the storms in the first week of December, the waterfalls have finally returned. Read more

Spotted on the Vancouver Food Bank’s Instagram account: a heartwarming gesture filled with holiday spirit. Laura is 8 years old, and donated her birthday money to the Food Bank last week – and she has been doing so for the last three years! Read more