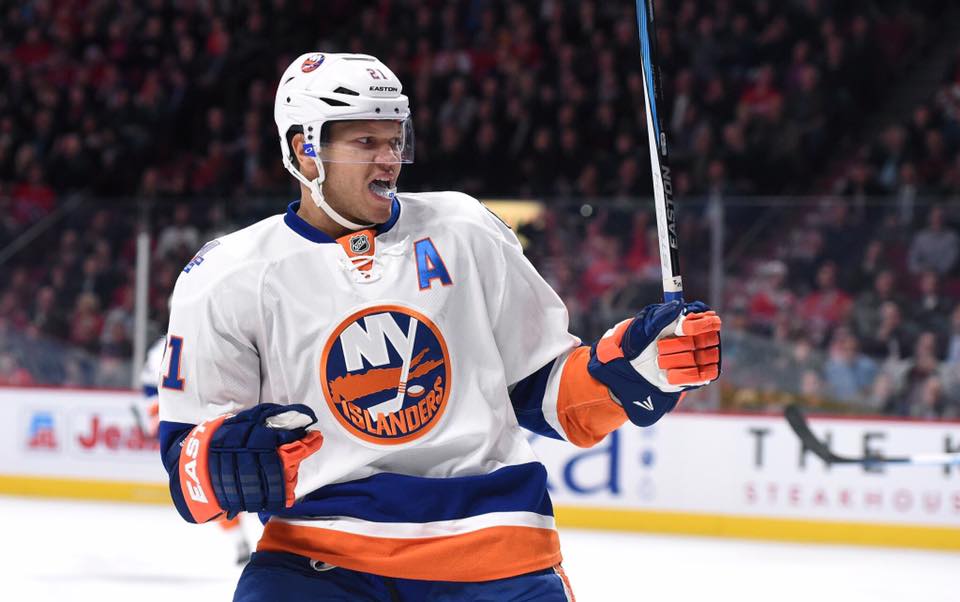 With one month left before NHL free agent season begins, the Canucks have options. They also have money to spend.

Vancouver’s needs are lengthy, given that they finished in third-last place last season. They need help on defence, and have already attempted to improve in that area with the acquisition of Erik Gudbranson.

But what about up front?

The Canucks finished second-last in goals-for last season, so finding a player that can put the puck in the back of the net seems like a good place to start.

There a number of good options available this year, although history has proven that teams should proceed with caution. Price tags often get ridiculous in free agency, and a bad signing can cripple your organization’s salary structure for years to come.

The Canucks aren’t in a position to challenge for a Stanley Cup anytime soon, so signing a player until he’s in his mid-30s would be foolish. Age is a major factor for any player that they consider.

GM Jim Benning appears to be building a team of tough, two-way players, like the one he had in Boston. That makes the first player on this list an obvious choice (note: players are listed in no particular order). 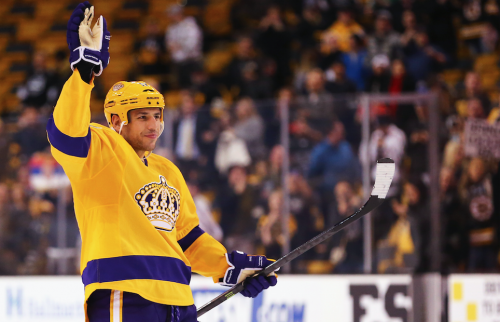 A year ago it seemed like a foregone conclusion that East Van kid Milan Lucic would be on his way to Vancouver in 2016.

Kings’ Lucic: playing for the Canucks has ‘been a dream of mine since I’ve been a kid’ http://t.co/K1opLm5I3r pic.twitter.com/VRv7J6upYB

Lucic appears to really like it in Los Angeles, but the question of cap space still haunts the Kings. Will they move players to make room for the big power forward? We’ll see.

If the Kings don’t have the money for Lucic, expect Canucks GM Jim Benning to come calling. If that makes you nervous, I don’t blame you.

Lucic is only 27, but he has a lot of miles on his body when you consider he’ll be entering his 10th NHL season and the type of game he plays.

If you can sign him for reasonable money and reasonable term, go for it. Otherwise, buyer beware. 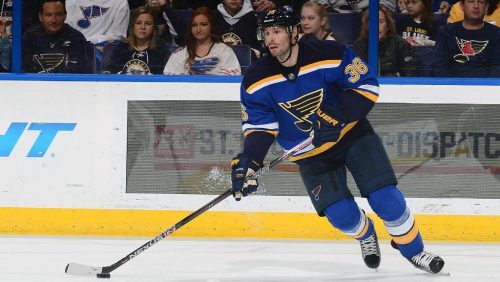 Another local boy, North Delta’s Troy Brouwer is about to cash in this summer after a clutch playoff run with the Blues.

A number of people have made the connection with him and the Canucks, and Brouwer wasn’t shy about it when asked.

Brouwer on #Canucks : “I have thought about it, for sure. Family & friends, playing for my hometown, it would be an experience for sure.”

Brouwer brings a lot of intangibles, but he is not a first line talent and will turn 31 before next season. He’s a nice player to have, but it’s important to understand what he is and what he isn’t. 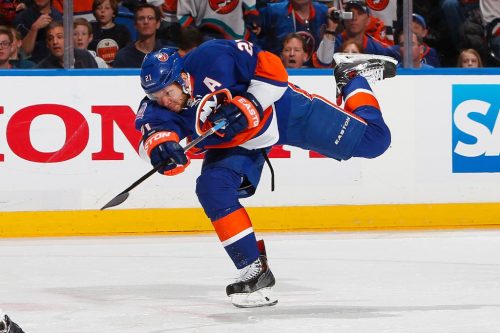 Kyle Okposo is an intriguing option. He’s younger than most of the players on this list and has first line talent. He could slot in next to the Sedins or help anchor a second line if he signed with the Canucks.

Show me someone who doesn’t dance when “Everybody” by Back Street Boys comes on and I’ll show you a liar.

Okposo shouldn’t be relied upon to carry a team, but he has a lot to offer. 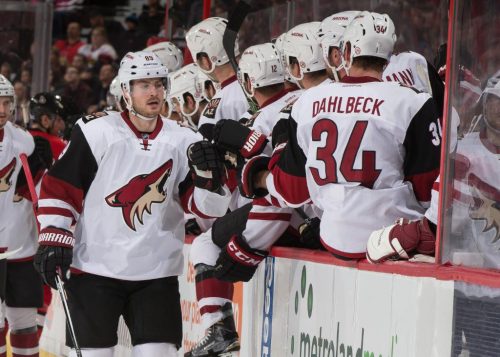 Mikkel Boedker tied a career high in points last season, splitting time between the Arizona Coyotes and the Colorado Avalanche. He’s two years younger than Okposo, but has a different skillset.

Boedker’s speed is what sets him apart, as does his play away from the puck. Playing under Dave Tippett will do that to a player.

Ultimately, it’s Boedker’s age that will be most tantalizing for Vancouver. It’s not very often that a skilled 26-year-old is available in free agency.

Mikkel Boedker wants $6M a year on his next contract. He has posted two 51 pt seasons in his career and is basically a 0.63 ppg player.

The question is how expensive he’ll be (that’s a recurring theme). 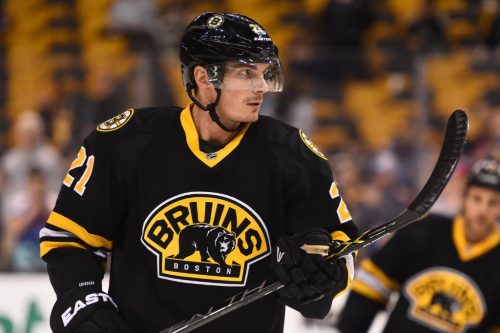 Before we begin, can we take a moment to notice how unhappy Loui Eriksson looks in a Bruins jersey? I like him already.

Loui Eriksson: “Ive heard from friends [that theres] complaining I’m not a Bruins [type] player. But I think I am & can play in all 3 zones”

Eriksson has been linked to the Canucks for years, because of his experience of playing with Daniel and Henrik Sedin in international competition. That familiarity with the Sedins is comforting, because there’s already chemistry present.

Eriksson is also the player that Boston got when they traded Tyler Seguin to Dallas, so there’s a link to Benning.

Aside from that, Eriksson is a top-end talent. He had three straight 70+ point seasons with Dallas earlier in his career and put up 63 points last season.

Signing Eriksson instantly makes the Canucks a lot better, but like a lot of guys on this list, the birth certificate becomes concerning if you have to sign a long-term deal. 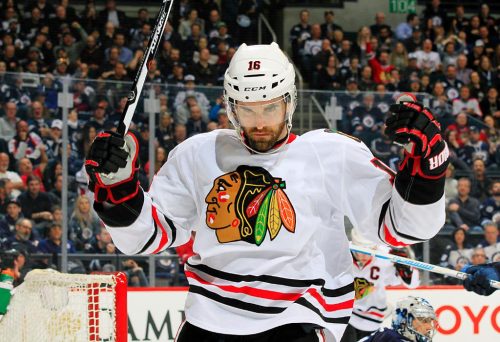 A native of Maple Ridge, Andrew Ladd would bring a lot of the same intangibles as the other local boys on this list, Milan Lucic and Troy Brouwer. He’s big, he’s tough, he can score goals, and he’s a leader.

Andrew Ladd said on @SportsTalkChi that he hopes to re-sign with #Blackhawks, but admits there are “a lot of moving factors.”

The former Winnipeg Jets captain is on the wrong side of 30 though, and won’t come cheap. Get him on a short term deal and he’d be a great guy to have around. 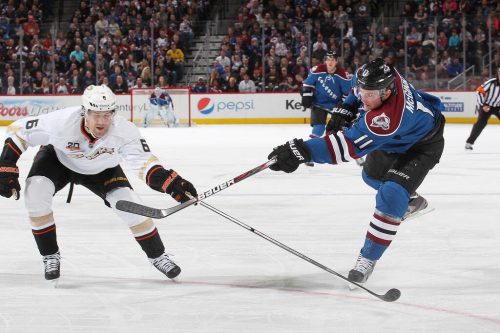 No, that’s not a typo, Jamie McGinn did play 84 games last season after he was traded from the Buffalo Sabres to the Anaheim Ducks. Just 27-years-old, Jamie McGinn is coming off a career-high in goals and points.

Despite seeing time with Ryan Getzlaf and Corey Perry, he’s a middle-six winger that can provide a physical presence and some scoring. 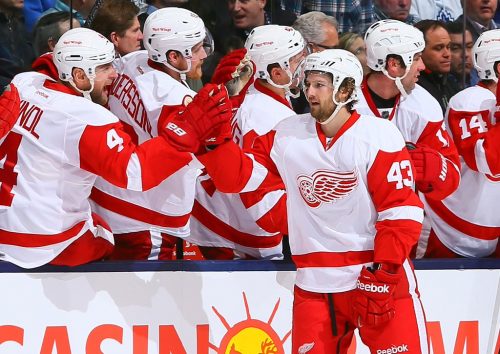 Darren Helm is an excellent utility player who can play up-and-down in the lineup. He would add speed and experience. 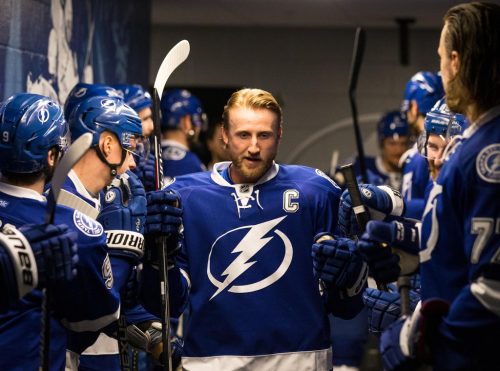 I saved the best for last. Stamkos is one of the most talented players in the league. He’s a bonafide #1 centre. He has a lethal shot and would do wonders for the Canucks’ power play. And the best part? He’s only 26.

Stamkos is going to get paid, but it’s almost impossible to overpay a guy like him, provided he’s healthy. The maximum contract length allowed by the NHL is seven years, which would mean that Stamkos would be 32 in the last year of the deal.

Jonthan Toews and Patrick Kane have the highest cap hit in the league at $10.5 million. Stamkos could get more than that.