Waterfront land in and around downtown Vancouver is supposed to be among the most expensive real estate in the region. But for this 9 acre parcel of Concord Pacific’s last remaining undeveloped property, its value is just $1.00.

The 9 acre parcel is just a fraction of the total size of the 28 acre undeveloped site. As part of its overall master plan for the development of the False Creek community on the old Expo ’86 lands, Concord Pacific promised to build a park on the 9 acre site as part of a density swap and transfer ownership to the city when the park is complete.

The site was originally valued at $400,000, which riled some nearby residents enough that they submitted a request to the provincial government’s Property Assessment Appeal Board to reassess the value of the land. However, instead of an increase in land value so that Concord Pacific would have to pay more in taxes, the value of the 9 acre parcel land dropped to just $1.00.

The Appeal Board argued that their decision came from the high costs required to develop the site into a park, which includes $7.3-million for the extension of the seawall and $9.8-million for this 9 acre extension of Creekside Park. As these combined costs exceeded the market value of the land, the site was given a nominal value of just $1.00.

The site is bordered by the Plaza of Nations to the west, the Georgia Viaducts to the north, Creekside Park and Science World to the east, and False Creek to the south. Condo development and park construction on this last undeveloped site in North False Creek was put on hold because the land acted as staging and event grounds for the 2010 Olympic Winter Games.

Development has been put on hold again for at least another 2 years until the City of Vancouver completes its study on removing the Georgia and Dunsmuir Viaducts.

In the meantime, Concord Pacific has made revenue from the site by turning it into a parking lot during Rogers Arena and BC Place events, and hosting events such as marathons and the Cirque du Soleil. Recently, a portion of the site was leased to create Vancouver’s largest urban farm. A Concord Pacific sales centre is also located on the site.

Does this set bad precedent? Should the land be assessed on a commercial basis until it actually becomes a park and is transferred to the City of Vancouver?

Is there really a need for yet another massive empty green lawn grass park in the area that will go unused for 7 months ever year? Can we be more creative in how we design our outdoor public spaces, especially one in such a high profile and prominent location? 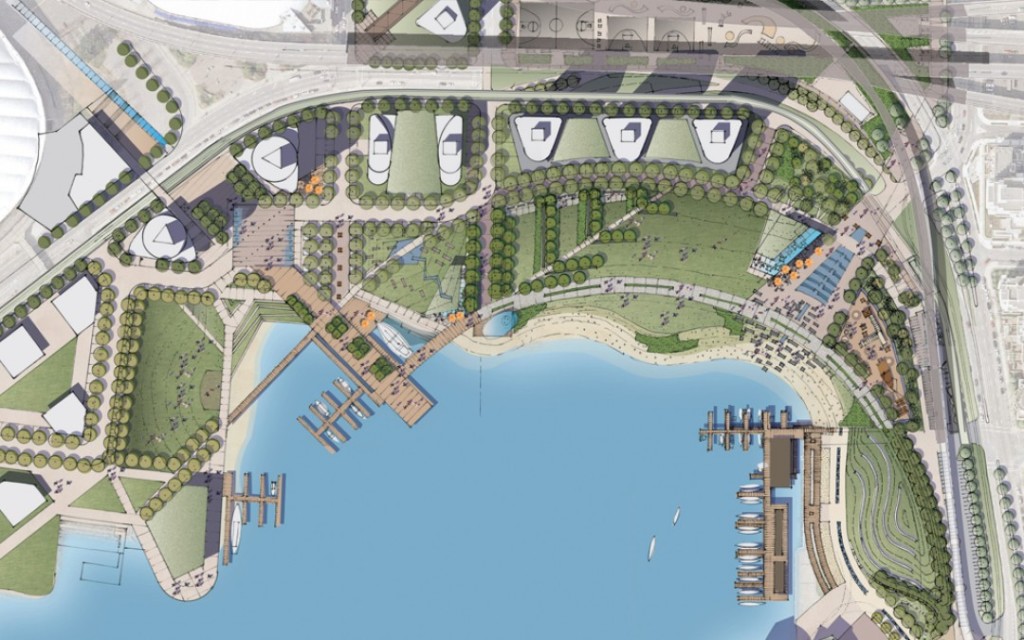