In a few weeks, eight singers from Vancouver take to the stage to bring Disney music favourites to life.

The members of 8Wings Vocal Ensemble bring years of professional, classical choral training into a new group that packs Pitch-Perfect-style a cappella punch.

They’re self-directed, managing everything from music selection to venue coordination, with varied backgrounds in marketing, political science, education, engineering and music. Collectively, they’ve performed all over the world. They’re all under 25 years old.

“This is different than any group I’ve sung with over the past decade,” says co-founder Jessica Noujeim. “Some of us have been singing together since we were kids, so we know each other’s voices inside and out. That chemistry is powerful. We can create something meaningful without a huge band or expensive production – just our voices.” 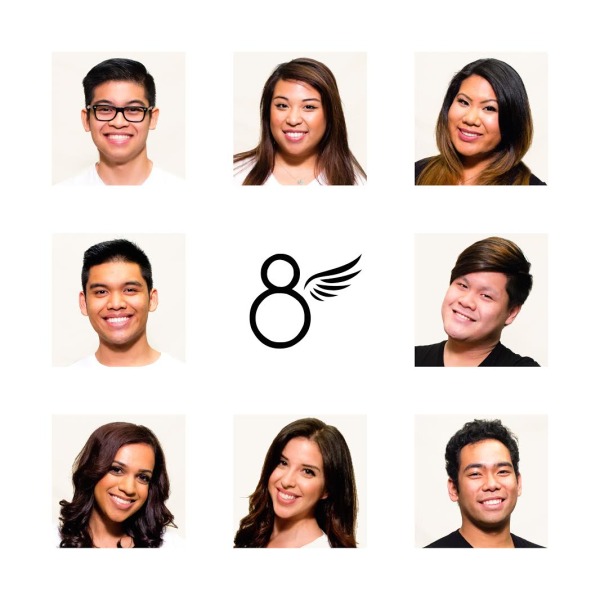 For Jonathan “Jono” Lee, the group’s artistic director, who holds a Bachelor of Music from UBC, 8Wings is an important fixture in the Vancouver music scene.

“I’ve realized that Vancouver audiences love and embrace singers. But when it comes to vocal groups, the classical-style, larger choirs dominate the scene. What sets 8Wings apart is we can take songs and themes that are extremely familiar, and deliver them in an innovative, yet still technically refined fashion.”

Joey Laguio, one of the co-founding members, was featured on Vancity Buzz’s Coming Out series in 2013. “Forming 8Wings, like my coming out, was a natural consequence of my individuation process. It represents so many things I value, like creative freedom, musicality, empathy, connection, and the sharing of joy with others.”

This sharing of joy was the motivation behind their sold-out holiday show in December.

“By attending an 8Wings concert, you’re supporting a cross-disciplinary artistic endeavour that reminds us music can be sophisticated and compelling, but also accessible and fun,” says Jono.

What’s more accessible and fun than Disney? The group’s concert “Once Upon A Dream” showcases over a dozen Disney classics, plus some brand-new pop arrangements.

“It’s going to be a magical night,” says Jessica. “We’re already making magic every week. I can’t wait for people to hear this.”

Once Upon a Dream

Where: The Hastings Room – 2901 Hastings Street (near the PNE/Hastings Racecourse)