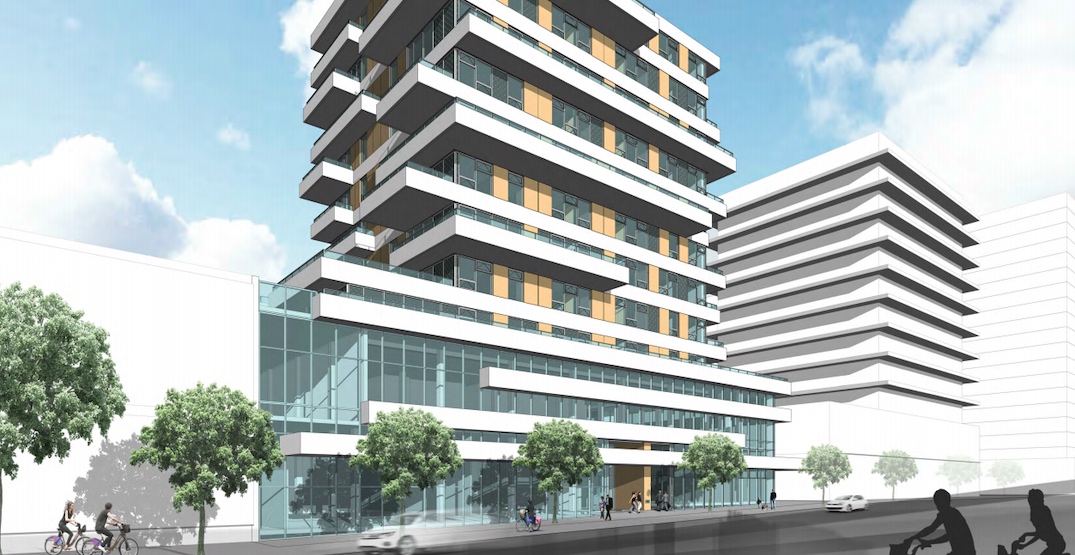 A new building proposal promises to be the largest redevelopment for Granville Street in South Vancouver’s Marpole area since the 2015 completion of Westbank’s Granville at 70th, the redevelopment of the Safeway grocery store site.

Buffalo Investments has submitted a rezoning application for the vacant 15,076-sq-ft mid-block lot at 8655 Granville Street — wedged between the single-storey commercial building with the McDonald’s restaurant and Marpole Medical Centre, which are both also slated for eventual redevelopment.

This property’s latest assessed value is $21.6 million. It was acquired by the developer for $20 million in late 2017. 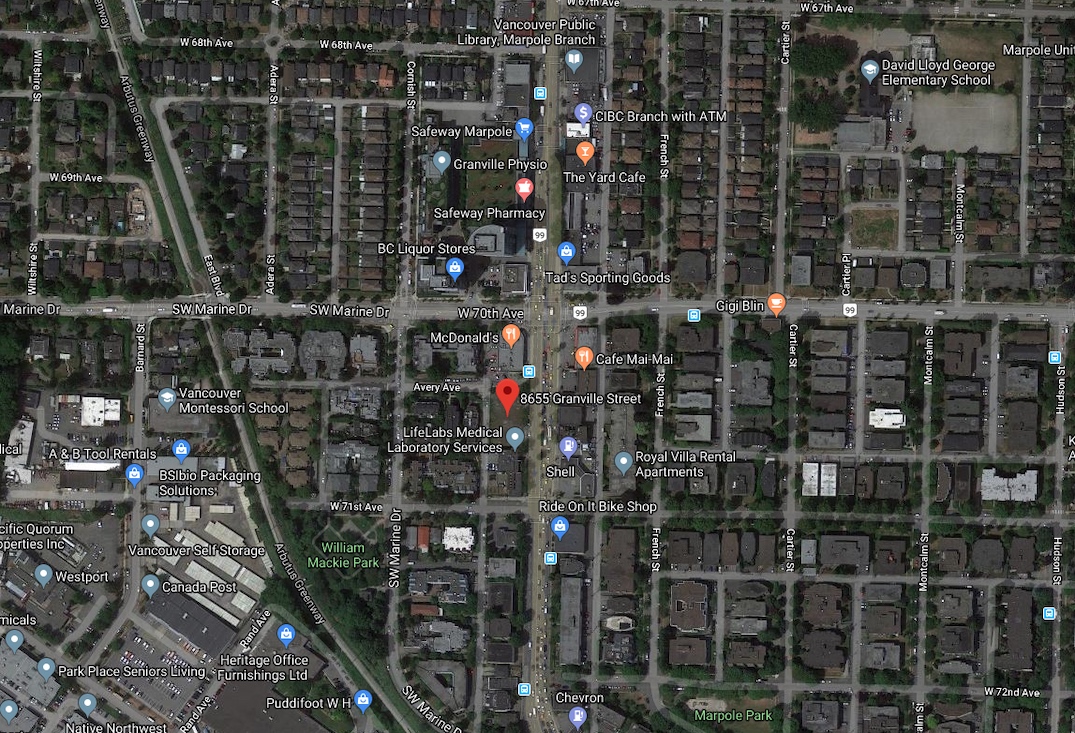 The proposal envisions a 126-ft-tall, 11-storey mixed-use building with 7,000 sq. ft. of ground-level retail and restaurant space across four commercial units, over 8,000 sq. ft. of office space within the second level, and 55 strata-titled residential units within the upper levels. 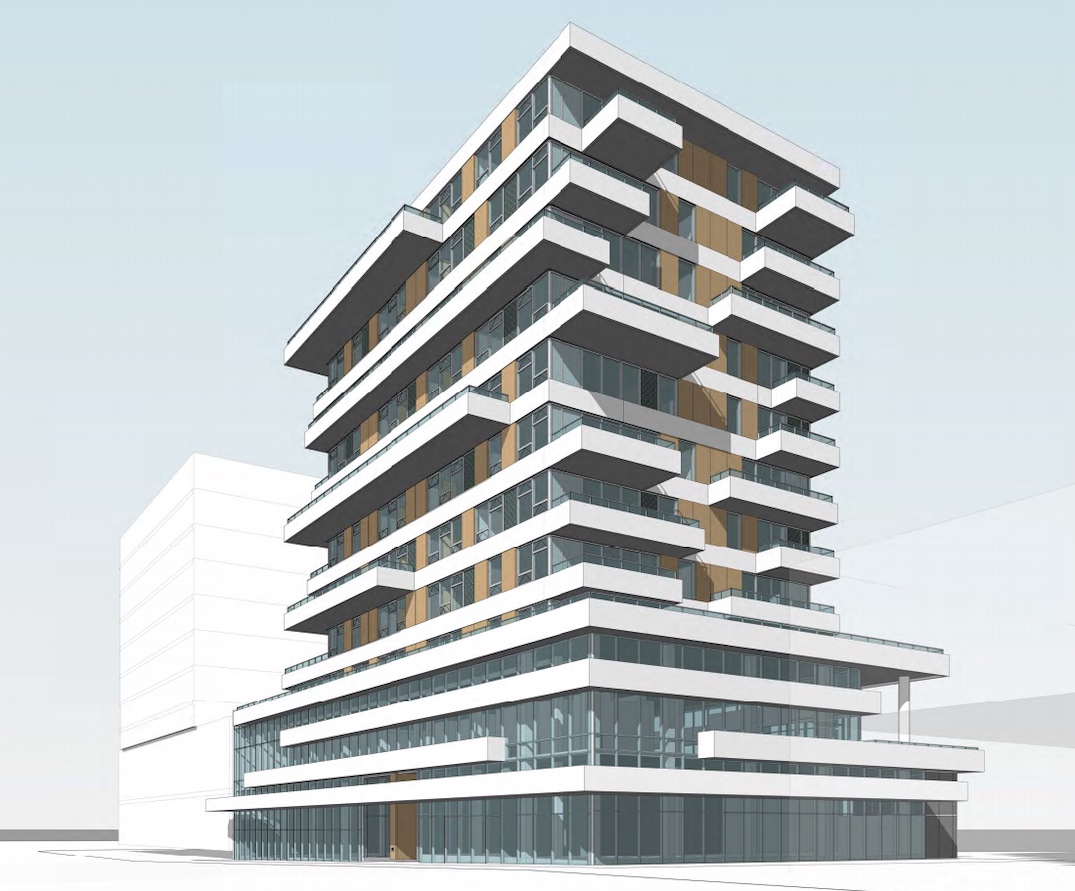 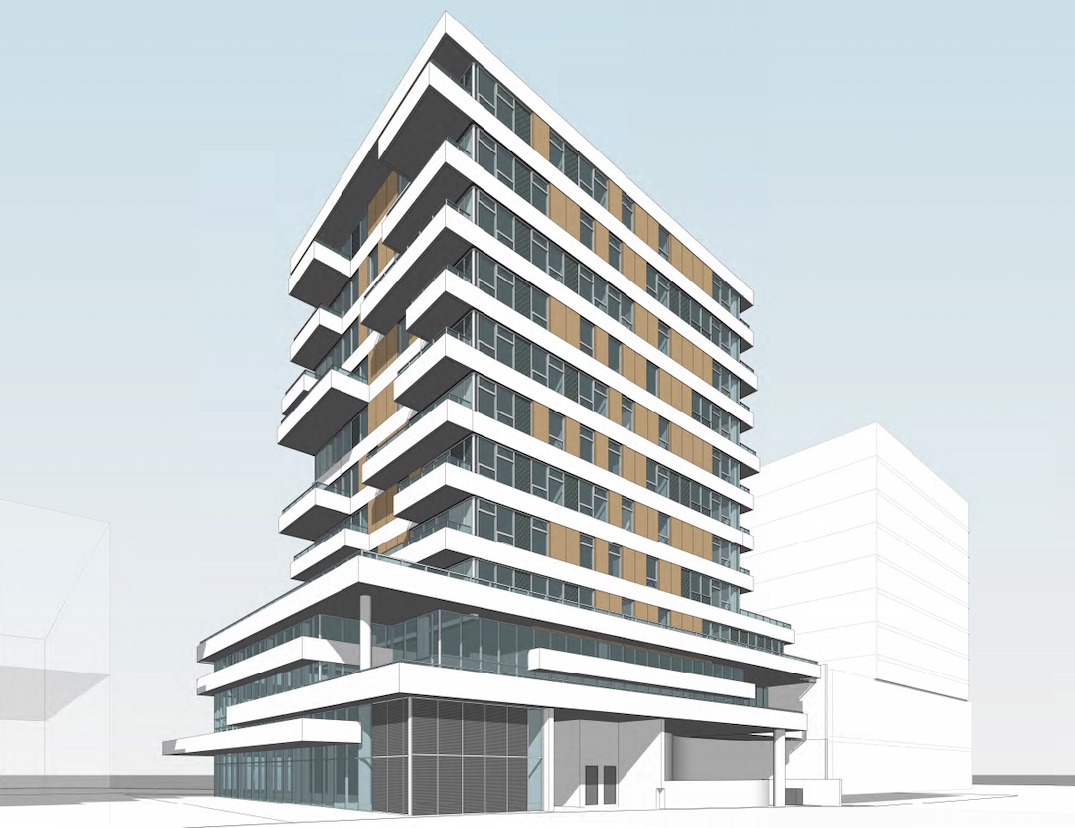 GBL Architects is behind the architecture of the project, which is inspired by the geological formation of coastal sea stacks like Stanley Park’s Siwash Rock.

“The design proposes a simple tower form with horizontal bands. To create variation within the repetition of the floor layout, we took advantage of the corner units balconies, changing their orientations and size, and together with the horizontal bands created ‘running ribbons’ throughout the building.” 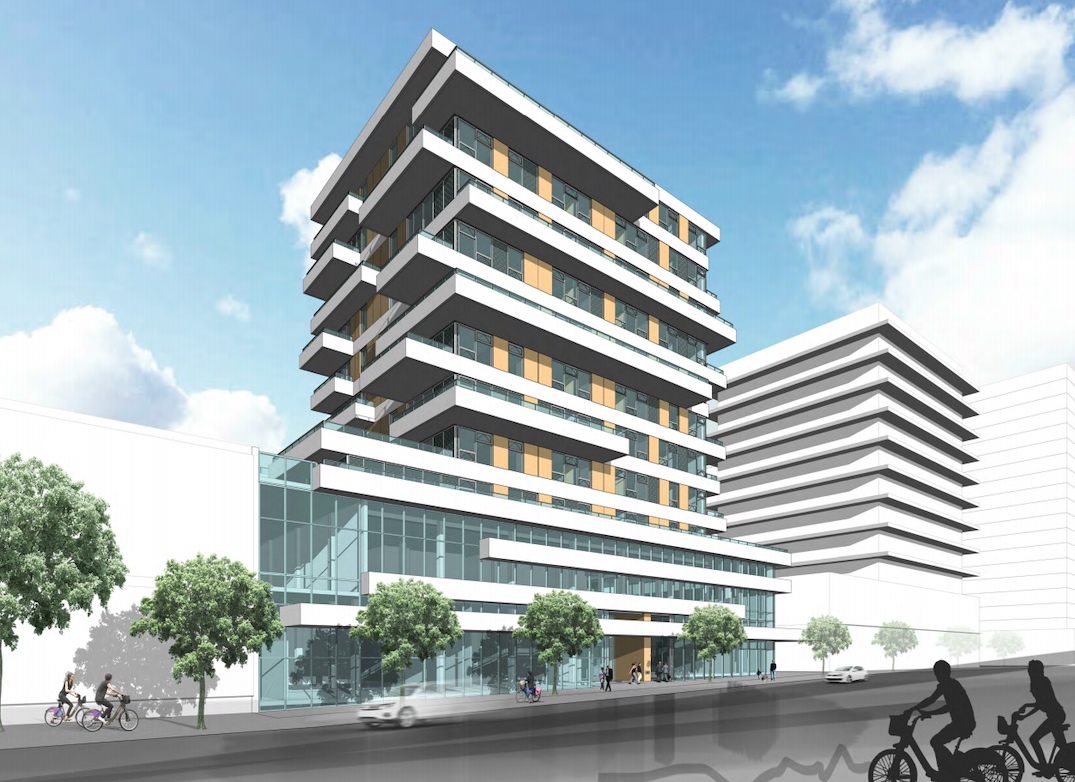 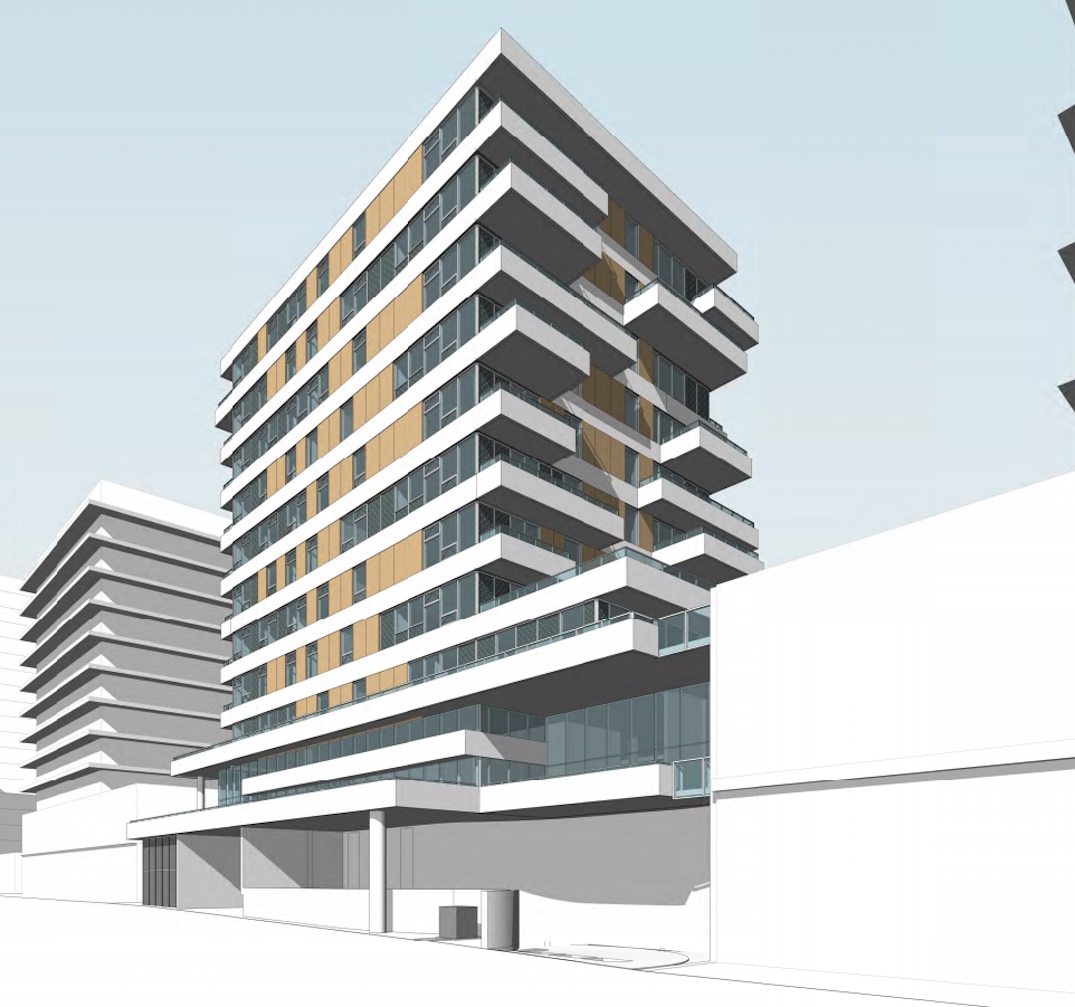 The proposed total floor area is 63,400 sq. ft., giving the project a floor space ratio density of 4.1 times the size of the lot.

The project’s form and uses aligns with the city’s 2014-approved Marpole Community Plan, which calls for new developments — complete with ground-level commercial spaces — that create a new neighbourhood centre and high street along Granville Street between West 62nd Avenue and West 71st Avenue.