Written for Vancity buzz by Guillermo Serrano, writer for Vacay.ca

It’s so close that we sometimes take our city neighbour south-of-the-border for granted. A shopping trip or a drive down to see the Seahawks or Mariners play are the primary reasons we take the trek. But play tourist? Not many of us do that, partly because it seems like Seattle is too similar to Vancouver. But try being a genuine tourist for 72 hours and you’ll come back feeling like you really did have a getaway.

If you time it right and the border waits haven’t picked up yet, you can be in Seattle right after work and check in to The Monaco before heading out for a drink. But it’s been a long work week, why not just lounge on one of their oh-so-comfortable couches in front of a roaring fireplace under a dripping crystal chandelier to watch the whales on the wall in their lobby.

Nibble on some Brandada de Bacalao, salt cod mixed with potato and cream served with toast while sipping Mules, a drink that is a combination of your favourite spirit of either vodka, gin or whiskey with lime and ginger beer. This is where to go to feel like you’re in Barcelona.

9 a.m. – Breakfast at Sazerac inside the Monaco Hotel

Chances are in the next few months, you’ll wake up to a windy, grey and overcast Saturday. A hearty New Orleans style breakfast will help you decide whether it’s an indoor or outdoor kind of day. Try the Chilaquiles, a combination of scrambled eggs, rotisserie chicken, salsa and corn tortilla or go for the Creole Eggs Benedict, which has the expected hollandaise sauce but layered over griddled corn cakes.

This hotel began life in 1927 and remains one of the city’s landmark buildings. Back in the 1930s, rooms cost $2 to $3.50 a night. These days, the hotel’s central location is a discreet, elegant oasis in the bustling city centre.

You’re a tourist this weekend so there’s no better place to get to all the attractions than at the 74-acre urban park that’s home to the landmark Space Needle. Up at the top of the 605-feet observation tower, a legacy of the Seattle World’s Fair in 1962, there’s a 360-degree view of the Seattle skyline. Here’s where you can figure out if the blue skies are rolling in or the grey clouds are hanging on overhead. 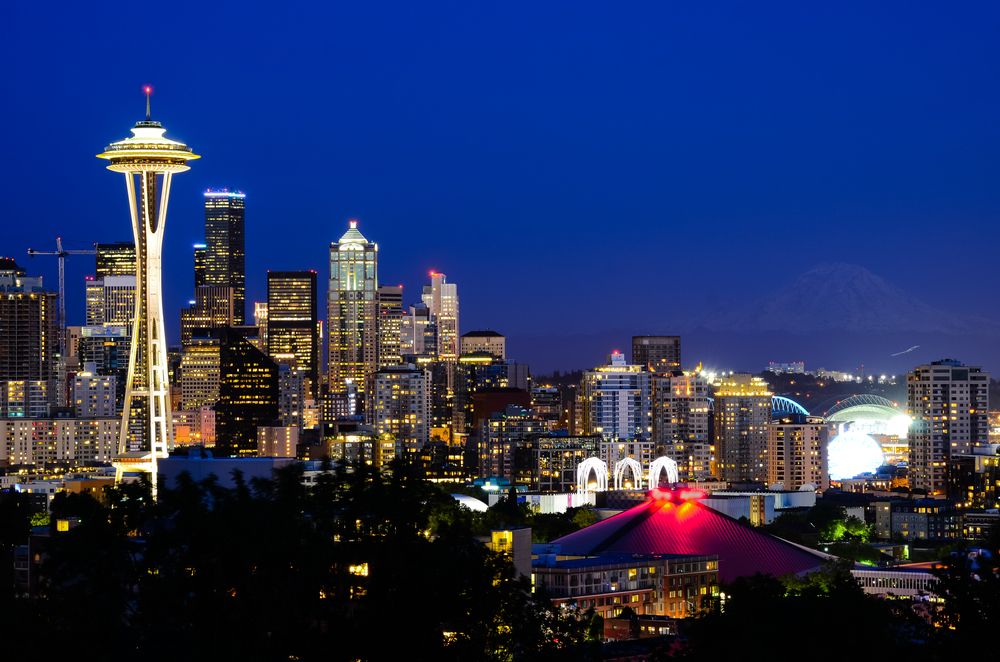 Look rainy? Go indoors to the Pacific Science Center, which has a permanent exhibit featuring an interactive dinosaur display alongside the Tropical Butterfly House and Insect Village.

The location looks from the outside like an old auto body shop. But the food is anything but mechanical. Asian flavours complement American comfort food and Pacific Northwest staples with a Hawaiian flare. So you have chicken wings with three choice of sauces: char siu, ono sauce and spicy Korean and Aloha Fries which come with kalua pork and kimchi mayo.

9:30 p.m. – Dessert at Andaluca in the Mayflower Park Hotel

One of the most famous desserts in Seattle in Andaluca’s liquid chocolate cake, which combines crème caramel gelato, black lava salt, caramel sauce and cocoa nib tuile into one imposing looking mountain that overflows, with a tap of the fork, into a liquid lava of chocolate.

From a $7 Dutch version to a $26 one originating from Scotland, gin is the drink of choice here although there’s also a good selection of wine, cocktail and beer. This speakeasy was quietly built in 2009 in a former boiler room in the back of the building. This place is intimate especially the library in the back part of this gin joint.

The one-hour tour takes visitors on a voyage along the waterfront with views of the Space Needle, the Great Wheel ferris wheel and the Cascade and Olympic mountain ranges. Here’s a tip passed on from someone getting off as we were getting on. Head straight to the very top to the wide-open outdoor deck for the kind of vantage point you don’t get from staying inside, even if it is drizzly.

Jarring, eclectic, disturbing and above all else: mind-blowing. Wander through the museum showcasing the work of Pacific Northwest glass artist Dale Chihuly and it’s a chance to get inside the mind and the creative heart of one of Seattle’s living artistic treasures. The garden outside shows how blended his glassworks are with the nature around him. 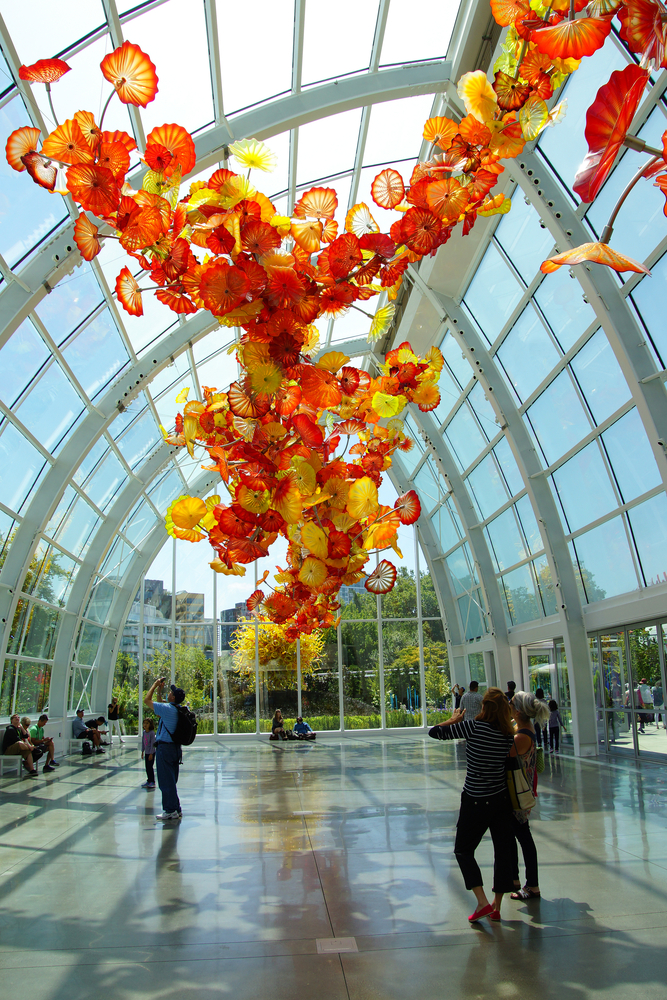