Written for Vancity Buzz by Michelle Hopkins, writer for Vacay.ca

Portland is one of those cities with a strong sense of self. Its unofficial motto: Keep Portland Weird, and that’s exactly the vibe you get with the city’s funky, whimsical and exciting art and design scene. Hotels here are unique and this Pacific Northwest destination is considered one of America’s hippiest, most eclectic, food and beer-crazed cities.

Here’s how you can spend 72 hours in Portland, Oregon.

Note: All currency figures are in U.S. dollars. 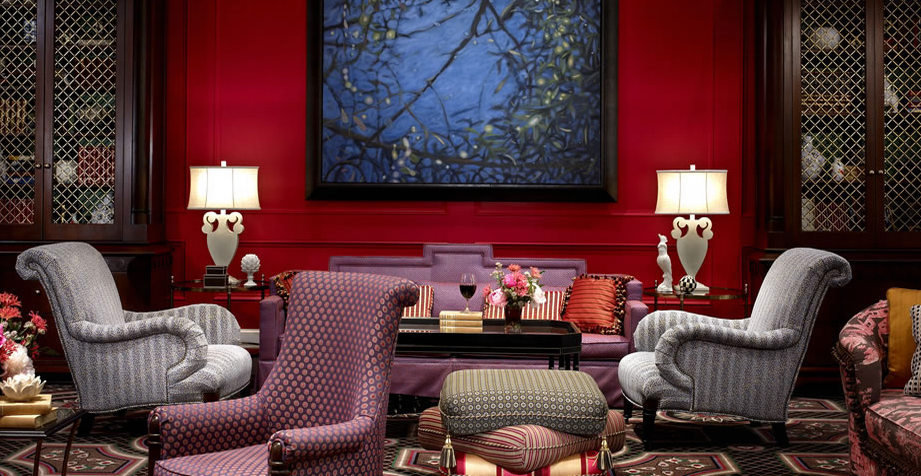 The ultra-chic, funky Hotel Monaco in the heart of downtown is close to the Pearl District and the famous Powell’s Books and Pioneer Square. The 221-room boutique hotel’s plush bold fuchsia lobby features a hosted nightly wine reception with fabulous appies and pianist. The room rates vary quite a bit but start in at $212 a night for a king corner room.

One of the most touted hotspots in the city is this upscale authentic Peruvian restaurant that assaults all of your senses in the most delicious way. The dishes and flavours carry stories all their own; as does the music and art work. Words such as adventurous, modern, inventive, and tickle your tastebuds can be used to describe the cuisine. You know those eateries where you just don’t want the culinary journey to end – that’s Andina. Dinner for two with a nice bottle of wine, (we shared a bottle of bold red, A Corea Godello from Valdeorras, Spain $42), tapas and entrees will run you roughly $150. 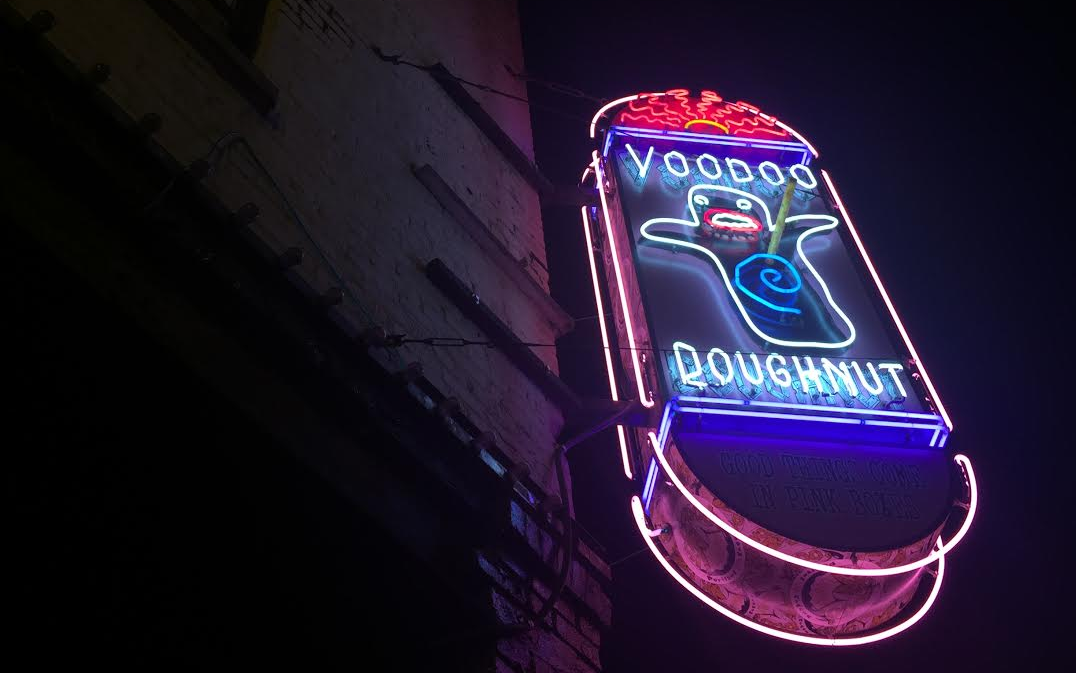 Nestled in the Pearl District, Nuvrei Patisserie & Cafe’s croissants, macaroons and other Parisian confections could stand proud in France. My partner Brent looked to be in Nirvana as he bit into a buttery warm croissant, then into a bright red macaroon. I was equally impressed with the avocado turkey and house-made sage sausage bagel sandwich. A healthy size breakfast with a wonderful cup of java for two will cost you about $30.

This light-filled art gallery in the Pearl District showcases the work of contemporary artists who are using their creativity to reframe the public perception of mental illness. Artists share their stories about how their work was created and how having a mental illness plays a role.

With more than 600 food-trucks, and counting, and pods all over the city, trying to decide what ethnic cuisine you want can be daunting. We were hankering for a big Tex-Mex burrito so we lined up at Fuego Burritos & Bowls. Fresh and deliciously messy, we both had the Marinated Grilled Chicken Burrito with guacamole for $7.50 each. Once you’ve purchased your food, head to one of the many green spaces throughout the city for a picnic, including its famous Japanese Garden or Lan Su Chinese Garden.

A self-professed carnivore, Brent reluctantly agreed to dine at this vegan eatery in the Alberta Arts district. This part of town is still being gentrified and it’s a diverse mix of little shops and small intimate restaurants. As Brent perused the Bill of Fare with a resigned kind of look on his face, he checked out entrees such as the kale and Asian pear salad, winter squash tartar and roasted sunchoke with fennel and apple jus. After I cajoled him to give it a try, he dug in and soon forgot we were supposed to be sharing. A four-course, fixed-price dinner is $45 per person and wine pairings are available for $29 per person. This way of dining is highly recommended and you get to choose between columns A or B.

10 p.m. – Stroll through town for dessert at the famed Voodoo Doughnut

What do Arnold Palmer, Memphis Mafia and Maple Bacon have in common? They are names of some of the fried holy cakes at Voodoo Doughnut. They are nearly a religion here. If there was ever a business that captured the quirky spirit of Portland, it’s Voodoo. Open 24/7 do yourself a favour and indulge a little. Brent and I shared the cute Voodoo Doll, which oozed raspberry jelly and was covered in chocolate, then we brought home a selection of others. Cost per donut is .95 and up. It’s also worth nothing that they only take cash. 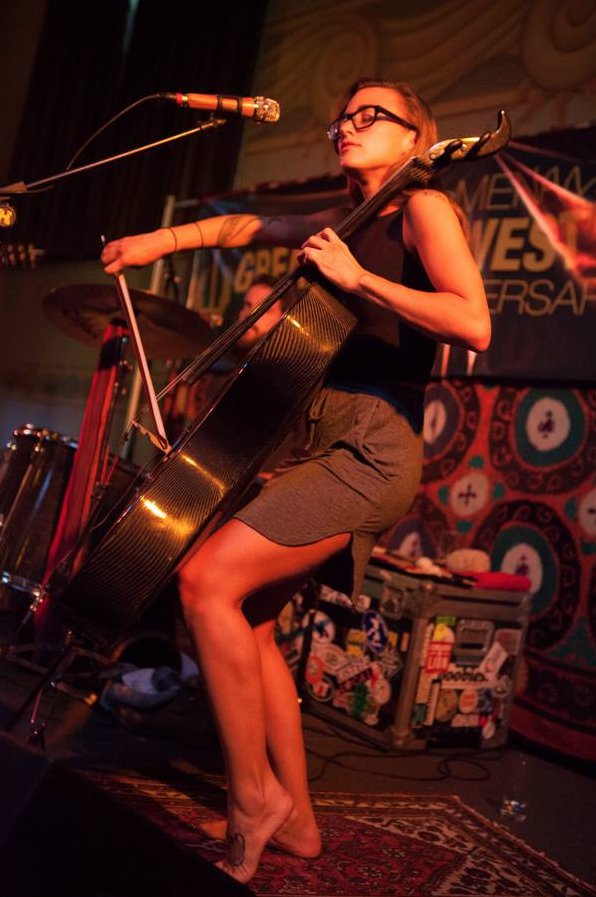 They bill themselves as having the best bagels south of Montreal and one bite into one of Kenny’s and Zuke’s hand rolled, boiled in malt and sugar bagels and you can nod your head in agreement while taking another bite.

For anyone who longs to head back to school and misbehave, this is the place to be. It’s a historic elementary school in Northeast Portland that has been renovated into a unique hotel, soaker pool, movie theatre and restaurants. You can smoke a cigar and drink whiskey in the old detention room or have a pint in a classroom. There’s also a brewery and multiple small bars.

Noon – Lunch at the Portland Mercado

Portland’s first Latino public market provides a hub for small businesses and of course, more food carts. The food cart pod here takes you way beyond Tex-Mex and into real Latino food from cheesy Salvadorian pupusas to massive tortillas sprinkled with pork rinds. Finish off with some concha pastries shaped like shells for your sugar dose. 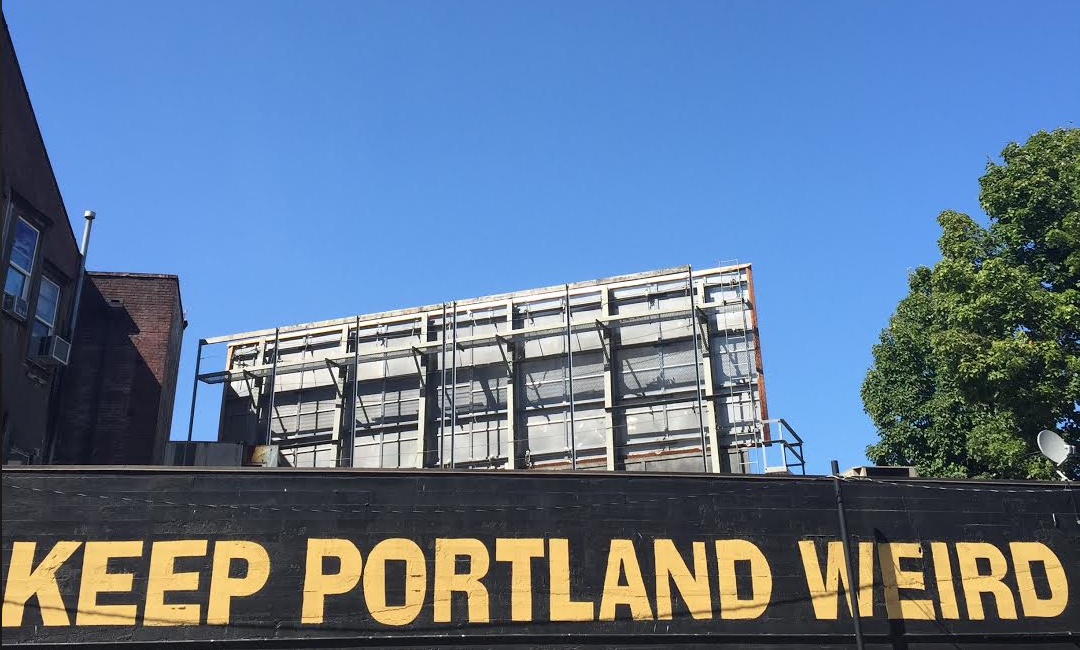 We head to Union Station to board our Amtrak Cascades train for the eight-hour trip home. The train station makes a wonderful first impression, a sight any traveler who appreciates history and architecture will appreciate.

A few things about Portland: This city is walkable, clean and a hallmark of urban planning. Its public transit system is highly regarded and inexpensive, with fares starting at just $1. It also has a great bike route system that can take you from one end of the city to the next.