It may not be far off the beaten path, but Guatemala has an air of authenticity no longer felt in many of Central America’s tourist hotspots.

The developing nation—amongst the poorest in Latin America—is still recovering from a brutal civil war and continues to struggle with poverty, unemployment, crime, and drugs.

But despite its checkered past, Guatemalans are extraordinarily welcoming to visitors. The country, once the heartland of the ancient Mayan civilization, was conquered by the Spaniards in the 16th century. That colonial influence is still very much alive today, and nowhere is it felt more than in the city of Antigua.

Nestled in a valley between several active volcanos, Antigua has become a fusion of indigenous sentimentality and cosmopolitan gastro-culture amid the ruins of Baroque-inspired architecture.

Here’s a guide on how to make the most out of your trip in just 72 hours. 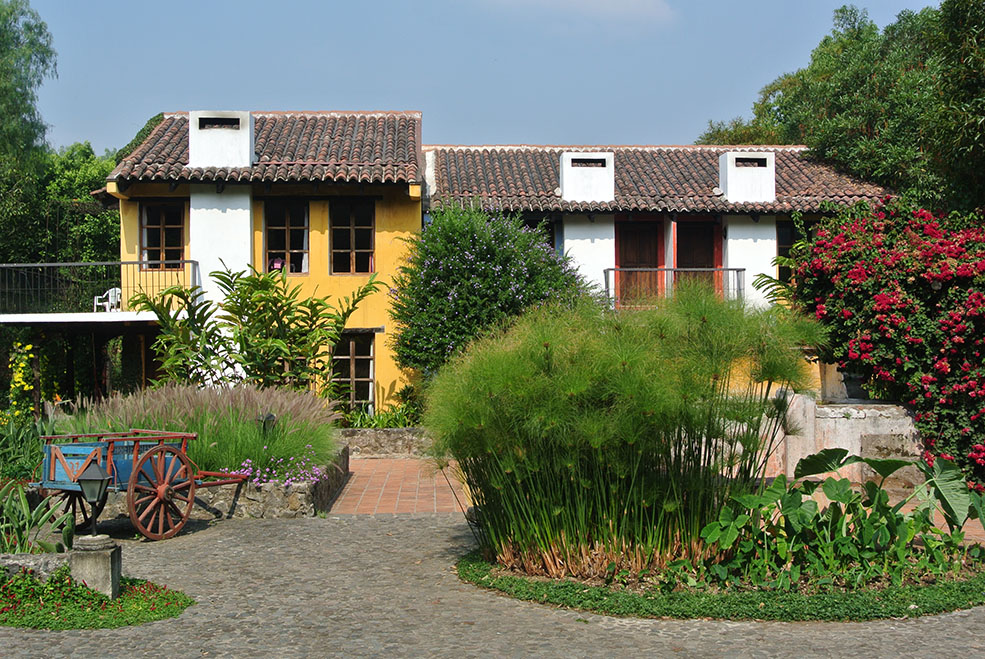 From backpacker basics to refined resorts, Antigua offers accommodations for travellers on all budgets. One of the most popular is Hotel Quinta de las Flores, situated just outside the hustle and bustle of the city centre.

The family-owned hotel was built in the site of 17th-century public baths, boasting spectacular views of the nearby volcanos and a lush, tropical garden. Relax with a hot cup of Guatemalan hot chocolate or take a dip in the swimming pool before heading out on the town for the night.

There is no shortage of fantastic restaurants to choose from in Antigua, however, Café Sky has become somewhat of a cultural landmark due to the restaurant’s rooftop terrace. The panoramic views of the city and Volcán de Agua—which occasionally puts on a spectacular show of lava and smoke—are absolutely stunning during sunset.

Enjoy a couple of margaritas before heading downstairs for dinner. The menu offers both traditional Guatemalan and international fare; the portions are large, providing hungry diners with ample amounts of vegetables, potatoes, and rice at reasonable prices.

Hidden inside the courtyard of a 16th-century mansion near Central Parque, Cafe Condesa offers exceptional food in a beautiful, relaxed atmosphere. Breakfast is their claim to fame; the huge portions are served up all day long, accompanied with a bowl of tropical fruit and endless cups of 100% organic coffee.

All of their breads and desserts are made in-house, using only fresh, local ingredients. Make sure to check out the artisan papers and soaps in the gift shop and the stunning works in the art gallery before heading out on the town for the day. 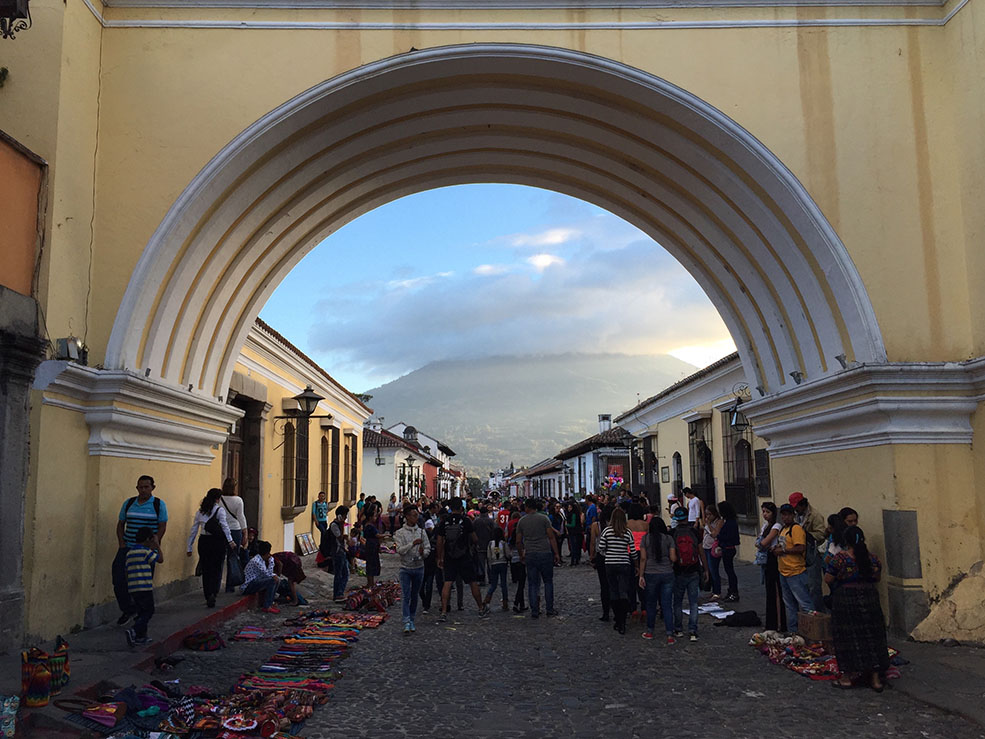 You’ll literally feel like you’ve taken a step back in time as you explore this charming city. Many of the civic structures in former capital have been beautifully renovated, but colonial relics of the past still litter the landscape.

The Cathedral and San Francisco Church are two of the most impressive monuments and are central to all tours operating within the city. Guatemala is known for its colourful traditional clothing and high-quality textiles, so make sure to leave some time to explore the street market outside the famous Santa Catalina Arch. 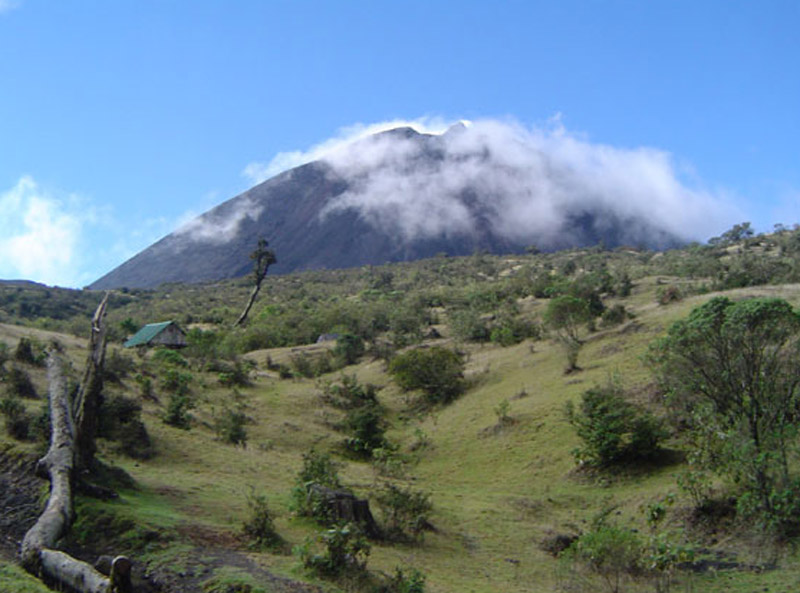 Pacaya – one of Guatemala’s most active volcanoes (Wikimedia Commons)

Pacaya is one of Guatemala’s most active volcanoes. At more than 2,400 metres high, it showcases incredible views of three neighbouring volcanoes—Agua, Fuego and Acatenango—as well as Calderas lagoon.

The 2.5-hour hike to the peak is fairly steep, so some people choose to head up on horseback rather than foot. From the plateau atop the trail, you’ll see the main crater of the volcano.

For safety reasons, you won’t be able to hike down into it, however, on a good day, you will be able to witness red-hot lava flowing out. Guides will escort you down to areas where the lava flows have cooled so you can roast marshmallows from hot spots in the gas vents.

No trip to Guatemala is complete without experiencing the absolute splendour that is Tikal. The ancient Mayan city, situated in the dense rainforests of the northern part of the country, was declared an UNESCO World Heritage Site in 1979 and is, by far, the most impressive of all the ruins scattered throughout Central America.

The city was inhabited from the 6th century B.C. to the 10th century A.D. At the height of its power during the Late Classic period (A.D. 682-909), the city spread over 130 square kilometres and is believed to have had more than 100,000 inhabitants. Deforestation, drought and the creation of sea shipping routes for trade are all believed to have contributed to Tikal’s decline.

Day trips to Tikal can be booked through any tour company in Antiqua. Transportation will be arranged from your hotel to the airport in Guatemala City, where you’ll board a short flight to the town of Flores. From there you’ll be whisked away to Tikal where English-speaking guides will be waiting to show you around. Tours usually last around four hours, with lunch included. You’ll have time to explore the grounds on your own, as well as peruse the gift shop before being transported back to the airport.

Temple I on The Great Plaza and North Acropolis seen from Temple II in Tikal, Guatemala (Bjørn Christian Tørrissen/Wikimedia Commons)

Temple I (also known as the Temple of the Great Jaguar) is the most significant structure as it is the burial site of Jasaw Chan K’awiil II, Tikal’s last known ruler. His tomb was found deep inside the pyramid, along with a large collection of inscribed human and animal bones and precious jade jewelry.

Temple IV, however, is where you’ll find the largest number of tourists gathering. At 70 metres high, it is the tallest structure in the entire complex and was the shooting location for the original Star Wars released in 1977. Filmmakers shot the now famous scene depicting the hidden base of the “Rebel Alliance” looking eastward towards the plaza, with Temple II and III poking up through the jungle canopy.

A long day of hiking around Tikal is sure to make you hungry. The best bang for your buck in all of Antigua is the street food market located in front of the church La Merced on the north side of the city.

From tacos to tostadas, vendors grill up traditional Guatemalan food right before your eyes, topping whatever you order with a generous portion of guacamole, cheese or refried beans. Tortas are a hugely popular item; a baguette stuffed with lettuce, onions and fried chicken, chorizo sausage or pork for the bargain price of 15 quetzales (approximately $2.70 CAD). 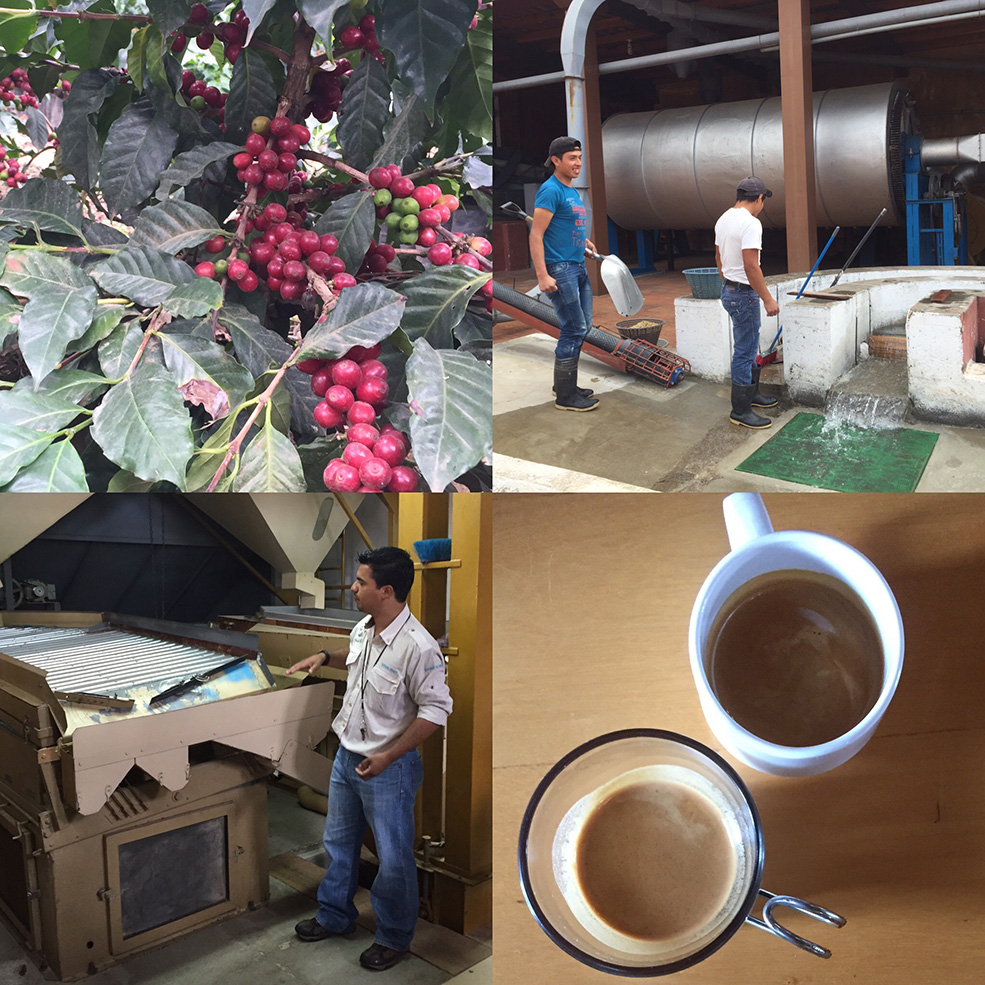 From plant to cup on a coffee plantation tour (Dana Kelly)

All of the tours begin with a walk through the nursery, moving through the wet milling areas to the drying patios and processing and roasting rooms. You will also learn about the different characteristics of coffee, such as aroma, flavour and aftertaste and will get to taste the final product in a cup of your choice: espresso or Americano.