We recently took you through 72 hours in Vienna, the epitome of winter wonderland in Europe. In Western Canada, that title should go to Banff, Alberta. The town within a national park is surrounded by majestic mountains, not to mention elks and bears. If you haven’t been there recently, you may find yourself surprised at how upscale Banff has become and the growing number of activities to entertain you. Outside, it’s freezing, but inside there are lots of ways to warm up (PG-rated, of course).

Here’s a guide on how to spend a great 72 hours indoors and outdoors in Banff.

Rooms here can be booked for as low as $99 a night even during the Christmas season and while there are some grander hotels, the Bow View Lodge, the only hotel located on the Bow River, is plenty grand for a weekend getaway. There’s an indoor heated pool and storage for ski and snowboards.

Ask any of the staffer why it’s called the Park Distillery and they’ll tell you the simple fact: Live in Banff and in close proximity to the Banff National Park and you’ll get hungry and thirsty. That’s why this restaurant has taken all the cravings you get from a day of park life and packed it into one place where you can have campfire-inspired cooking like the $26.75 pork n’ beans of smoked pork hock, whisky baked beans and corn bread, which is a bit fancier than what you find in a can.

Wout and Marini Pauw were born and raised in the Netherlands and moved to Banff in 1988 just around the time of the Calgary Olympic Games. One night, after walking into Evelyn’s and ordering his regular medium house and cappuccino for Marini, Wout joked that he was going to buy the coffee shops. They now bring in coffee from all over the world including Papua New Guinea, Nicaragua and Colombia Tima. Their breakfast toast and jam will have you prepared for every activity to come.

Gear, lunch and transportation are all provided and there’s even a heated fish catching lodge so the freezing part is at a minimum. The fish is ready to be hooked and cooked. The little ones get fried with butter and onions right by the hole-side while the fatter ones are filleted and cooked in olive oil.

In a Disney-like world, this is the kind of bath the fish you just caught is having, minus all the minerals. But don’t worry, it’s just a steam in the Banff Hot Springs, not a full cooking. The hot springs has been a destination for travellers who have been soaking up the water temperature, kept between 37ºC and 40ºC for the last 100 years. 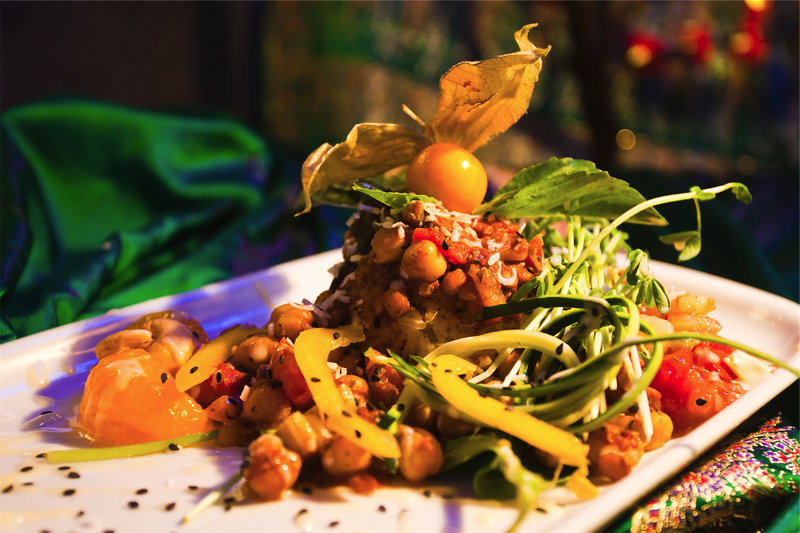 Once you’ve steamed up, let the good healthy vibes continue with dinner at Nourish, which celebrates all things vegetables. Stuffed roasted red pepper at $17 is a pocket for quinoa, beans and unexpectedly, berries while the $18 Mac n Squeeze includes coconut and smoked paprika.

Breakfast begins early here at 7 a.m. at this landmark restaurant, which first began operations in 1978. Their eggs benedict is rightly famous – but try a hearty bowl of Hot Red River Cereal, with blueberries, at $5.75 instead, a porridge with wheat, flax, and rye served with milk and brown sugar.

It’s a pricey adventure at a cost of $285 per person but this is the way to kick winter sport up a big big notch. It begins with a 20-minute helicopter tour through the Rockies then an hour-long snowshoe experience. The lift off is from the foothills at the Kananaskis Base and then over the snowy peaks with views only seen by birds or helicopters. Snowshoe through a backcountry trail to a frozen alpine lake then end the route with hot chocolate before getting back on the helicopter.

If the idea of sliding down very fast on lanes of snow with rubber circles keeping your butt off the ground sounds like fun, then head over to Mount Norquay. The snow tube park has a magic carpet of densely packed snow that has you gliding quickly down the slopes. 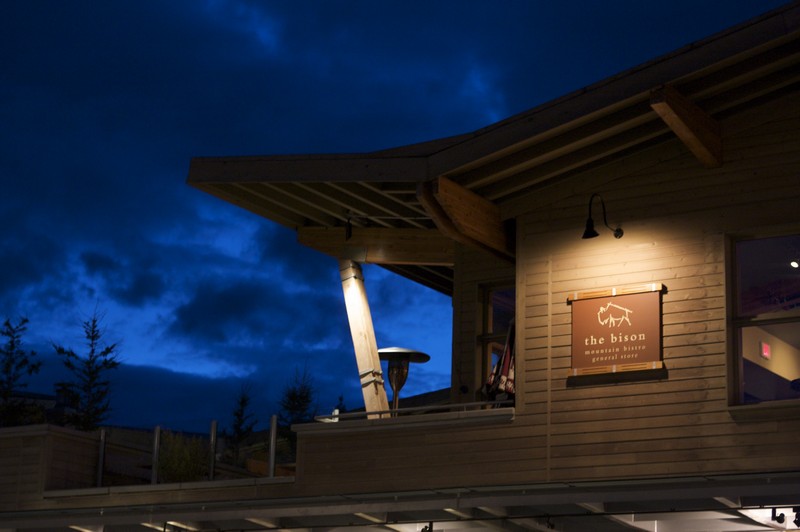 After a full day outside wringing every second of snow and daylight, it’s time to wind down in the welcoming warm wood and stone interior at The Bison. The restaurant has some vegetarian dishes but is most well known for its hunks of meat including venison striploin for $44 and bison ribeye for $49.

This museum celebrates the Canadian Rockies and makes the history and culture of the region accessible through its collection and exhibitions. The personal stories of the men and women who explored and built the Rocky Mountains, including the museum’s founders artists Peter and Catharine Whyte is told through photographs and paintings and archives. It’s a sombre and uplifting spot to reflect on how life in the mountain began and continues.