Vancouver is one of three places in Canada where you can see Quentin Tarantino’s The Hateful Eight (Roadshow version) in 70mm film. 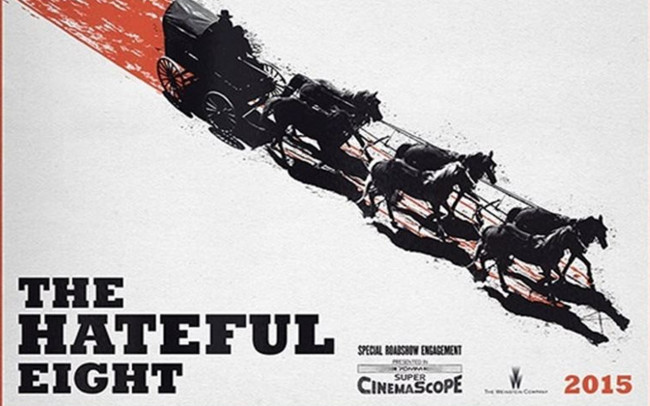 The Park Theatre in Vancouver has the technology! Okay, maybe it’s technology from two decades ago, but with everything going full digital, getting a projector that plays film is harder than you think.

Starting on Christmas Day, the Park Theatre will be showing The Hateful Eight in all its celluloid glory for a two week run. So why should you get off the couch and check out this version? We spoke to Mark McLeod of Mark McLeod PR and he gave us some great reasons on why fans of Tarantino should buy a ticket to see this special presentation.

“People should check out The Hateful Eight in 70mm because it’s the way Quentin (Tarantino) wants the film to be seen. He’s gone to painstaking detail to present the film as a real experience. It’s shot in Ultra Panavision which is the widest aspect ratio used on a film. It was also filmed with lenses that were last used in the 1960s. The clarity and detail in the image is unrivaled by today’s standard.

Having seen the film in both formats (DCP and 70mm), I was able to pick out individual snow flakes in the 70mm that were just not there on digital. From the top down, everything about this film was designed to be a 70mm experience. It harkens back to the days of the Road Show.

Tarantino and team spent over a year and a half rebuilding 100 projectors, creating parts that no longer exist. It’s really something that should be treasured by fans of cinema.

This film will be on many critics’ ‘Best Of 2015’ lists, so do yourself a favour and see the film the way it was intended to be shown. A true film fan would avoid a certain pirated version.

This is a special treat, so be sure to check it out at the Park Theatre while you can. Check here for showtimes and get tickets in advance.

Happy Holidays, cinephiles! Make sure to check out our new weekly podcast Flix Anonymous (Soundcloud, Itunes and Stitcher) heard every Friday where we review all the new films being released.