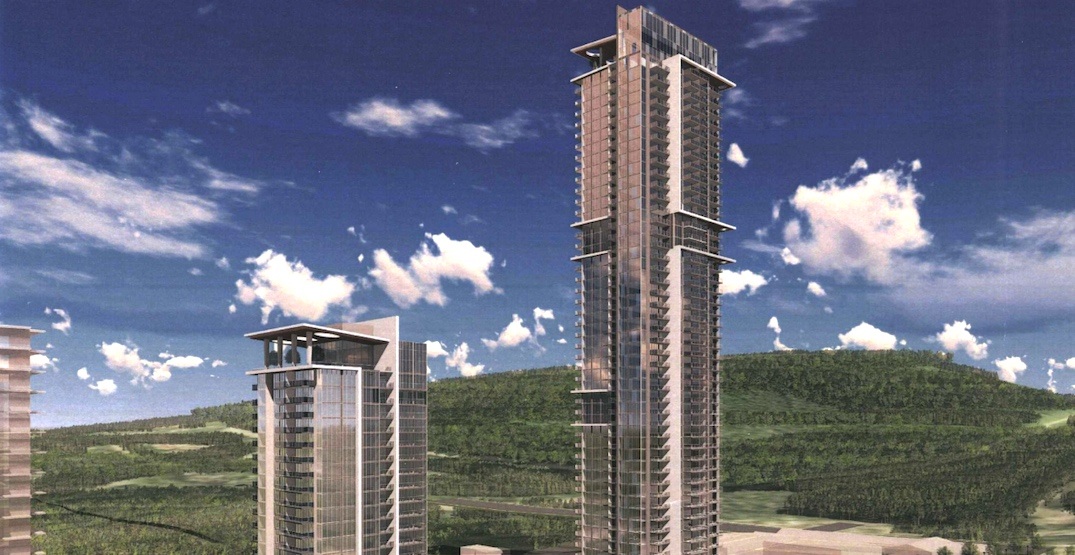 A significant residential redevelopment has been proposed for a site just west of SkyTrain’s Burquitlam Station, adding to the area’s growing cluster of density.

Boffo Developments has submitted a rezoning and development application to the City of Coquitlam to turn the 1.9-acre lot at 705-707 North Road into a two-tower project, with a 492-ft-tall, 46-storey market condominium tower and a 225-ft-tall, 20-storey rental housing tower. 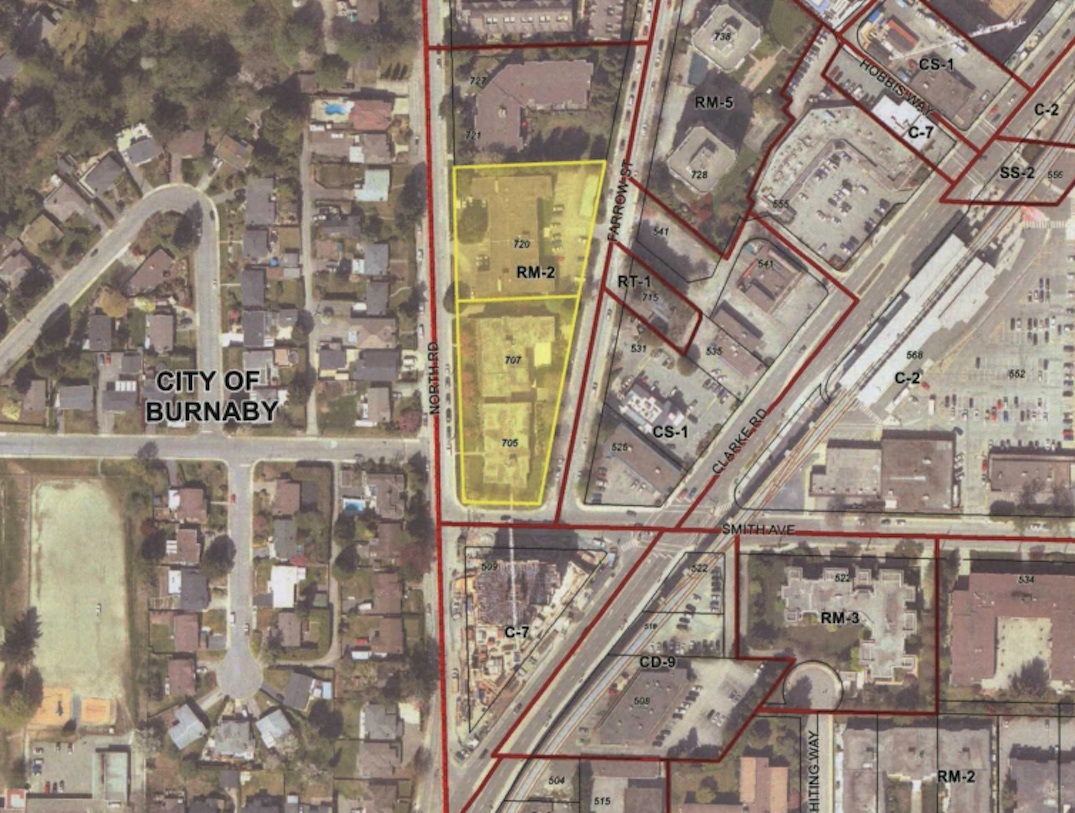 According to the application designed by Chris Dikeakos Architects, a total of 482 homes are proposed, including 348 condominiums with a unit mix of 126 one-bedroom units, 176 two-bedroom units, 45 three-bedroom units, and one four-bedroom penthouse. 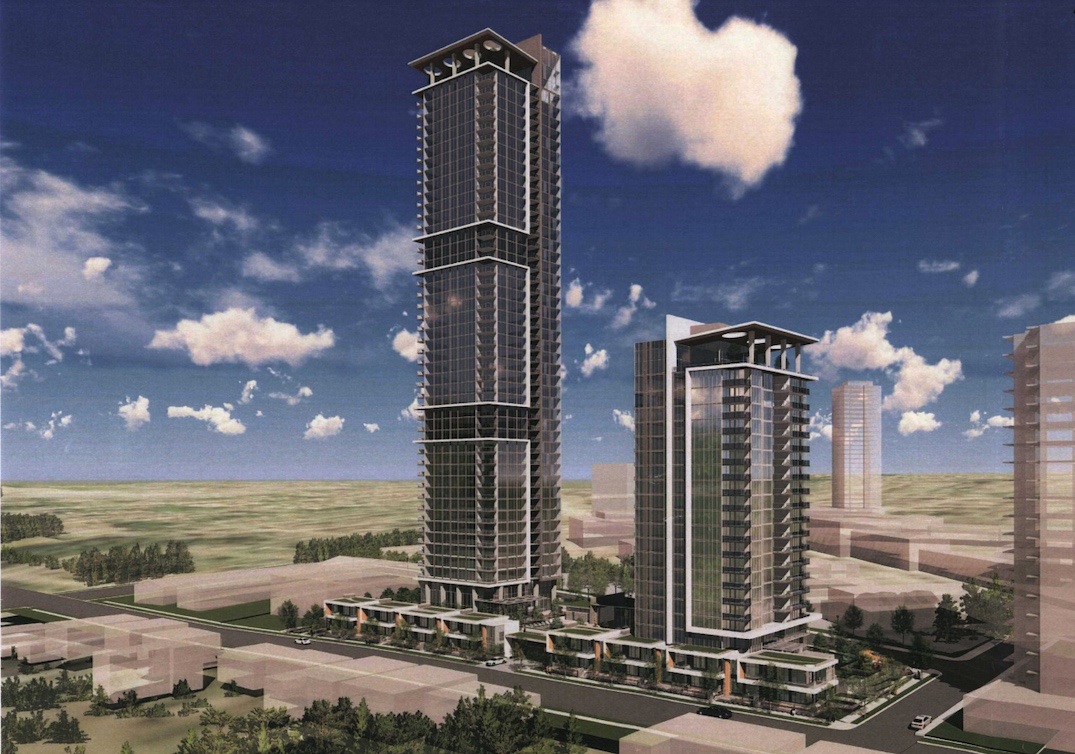 This rental component, totalling 134 rental homes, far exceeds the baseline of what is needed to replace the property’s existing rentals — a 1967-built three-storey rental housing building with 45 units. The development site also has a pair of 1977-built strata condominium buildings, totalling 48 units, owned by Boffo.

The proponents have proposed 48,000 sq. ft. of indoor and outdoor common amenity spaces, including rooftop sky lounges in both towers, an outdoor swimming pool, standalone clubhouse building, dog run, and outdoor amenity spaces with lawn and child play areas. These amenities are significant –nearly double what is required for a development of its size. 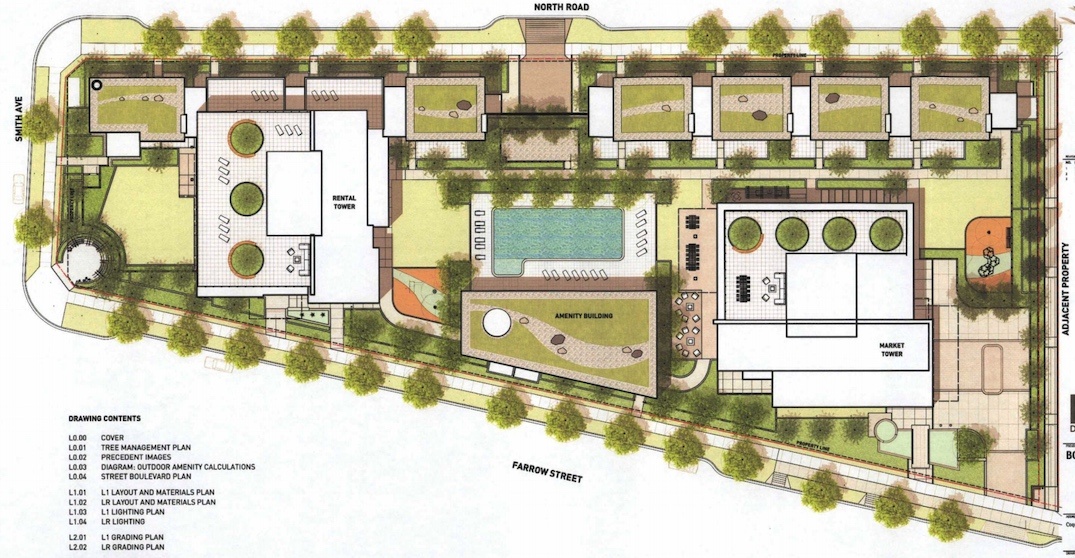 Defining architectural features entail strong vertical fins with strong horizontal frames to mitigate mass and scale of the towers, and large covered roof decks on both towers, with circular openings at the roof that help to architecturally “unify” both towers.

Five underground levels will contain 688 vehicle parking stalls. Altogether, the project calls for about 467,000 sq. ft. of total floor area, giving it a floor area ratio density of 5.5 times the size of the lot.

In exchange for the scope and density, the developer will provide the municipal government with $7 million in development cost charges, $16 million in density bonusing, and $515,000 in voluntary community amenity contributions.

The city says it has been informed by the developer that it will not market the condominiums to overseas investors, instead of focusing on local buyers. 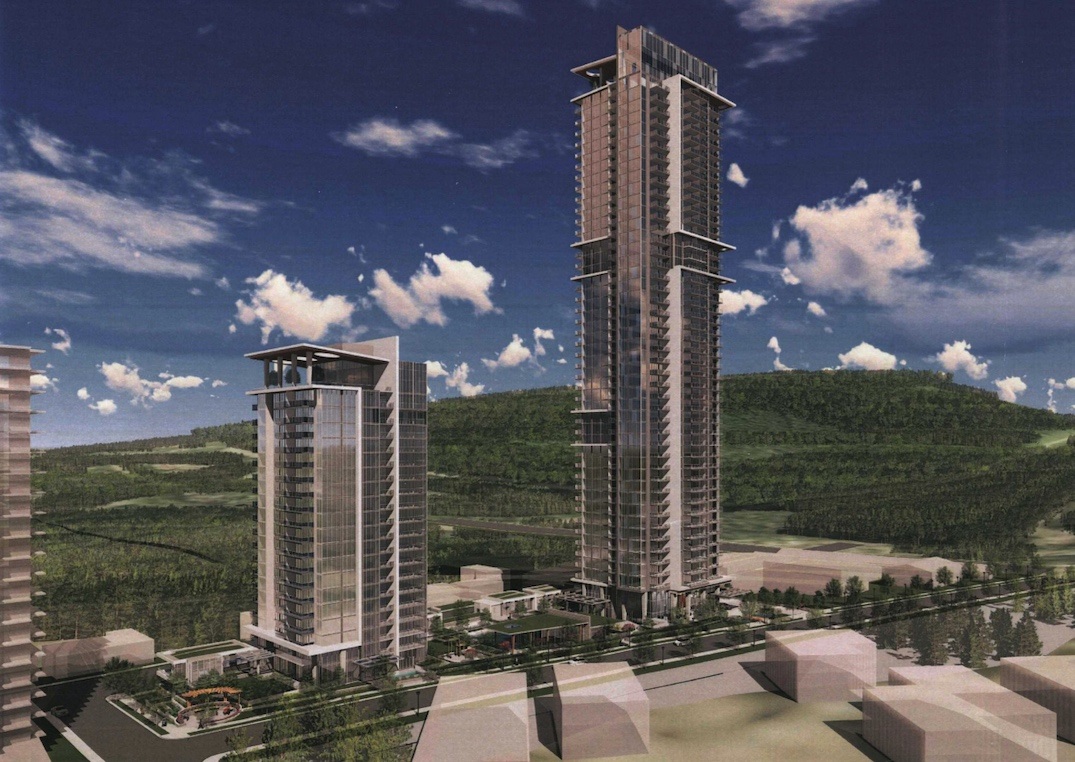 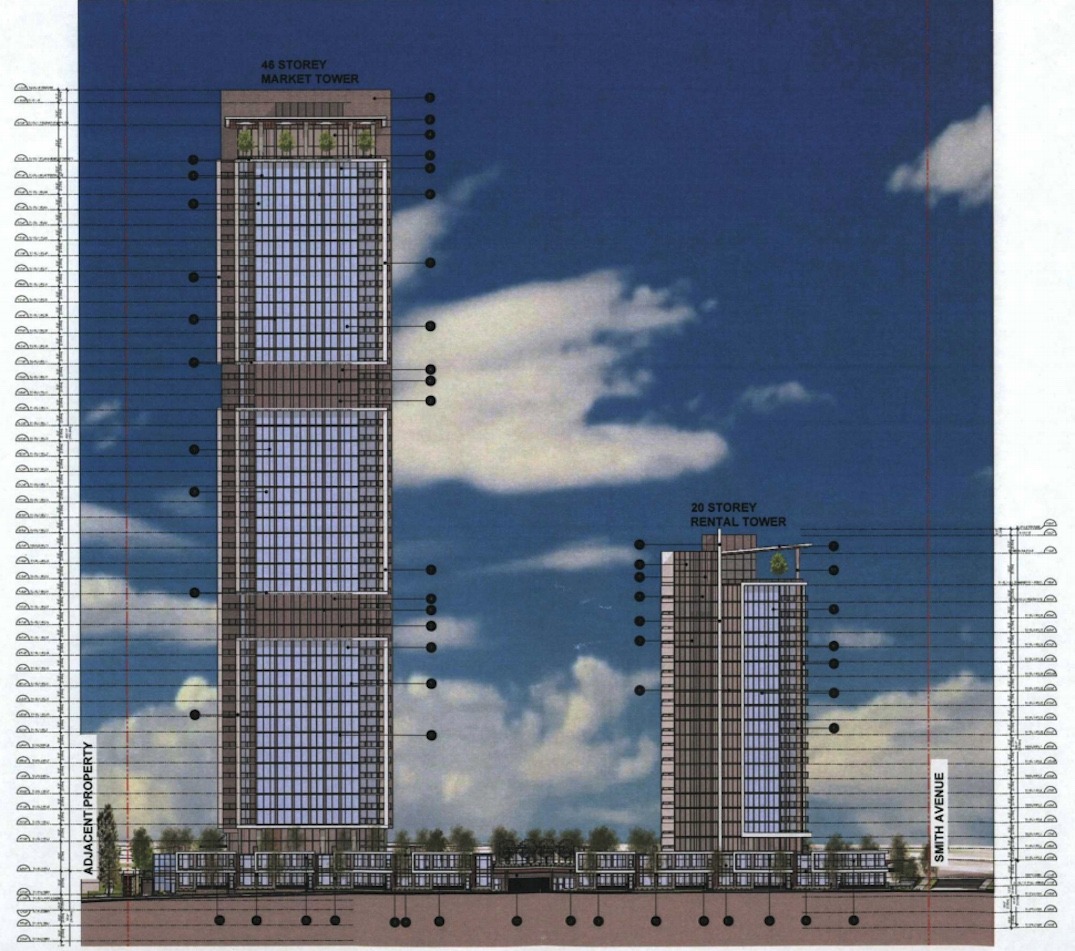