World-renowned Boston artist Janet Echelman, one of this year’s TED speakers, is bringing her most ambitious and largest art project to Vancouver. The aerial sculpture will be stretched and suspended from the roof of the Fairmont Waterfront Hotel and the Vancouver Convention Centre.

Site of the Vancouver sculpture 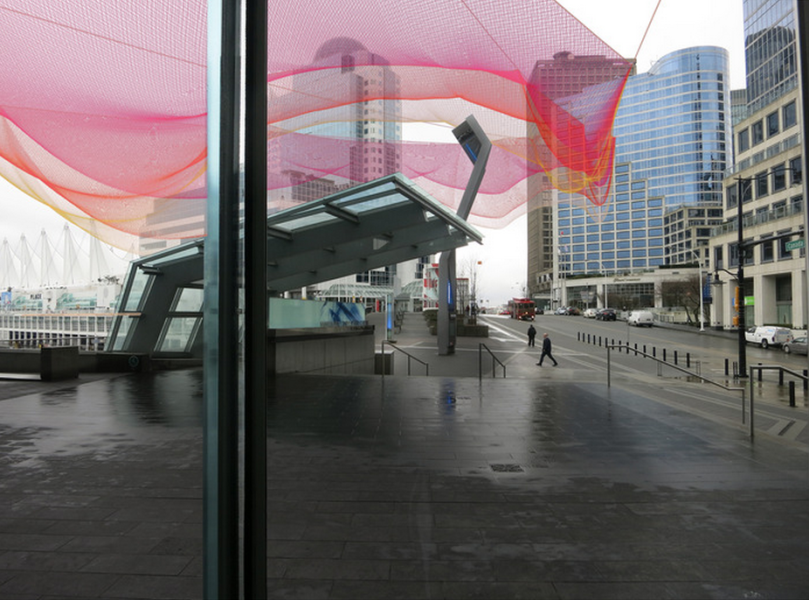 “I create soft, billowing sculptures that act as a counterpoint to hard edge cities and buildings, and in doing so my aim is to create oases of art in urban centres around the world,” said Echelman when describing her work.

To date, Echelman has created successful and engaging sculptures in cities as diverse as Porto (Portugal), Phoenix (Arizona), Sydney (Australia), Denver (Colorado), Amsterdam (Netherlands), San Francisco (California), Madrid (Spain), and Seattle (Washington); and the list goes on. She has been written up and recognized by the likes of the New York Times, Architectural Digest, and Oprah, who placed Janet’s work as the #1 of “50 Things That Will Make You Say WOW!”.

Autodesk is the sponsor of the work, and also provided the custom 3D software that helped Echelman model and test design feasibility, structural integrity, and wind loads on the piece.

This exciting and monumental project is co-presented by the newly launched Burrard Arts Foundation (BAF), a non-profit that has a mission to bring public art projects to Vancouver.

A Kickstarter campaign has been launched for the project to help Janet recoup some of the cash she has personally extended to fund the installation of the project.

The official unveiling is tentatively scheduled for March 16, 2014, a day prior to the start of the TED Conference. 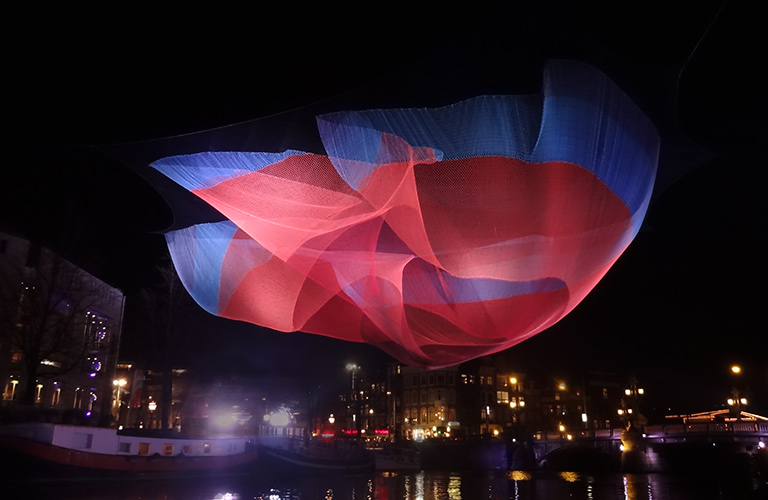 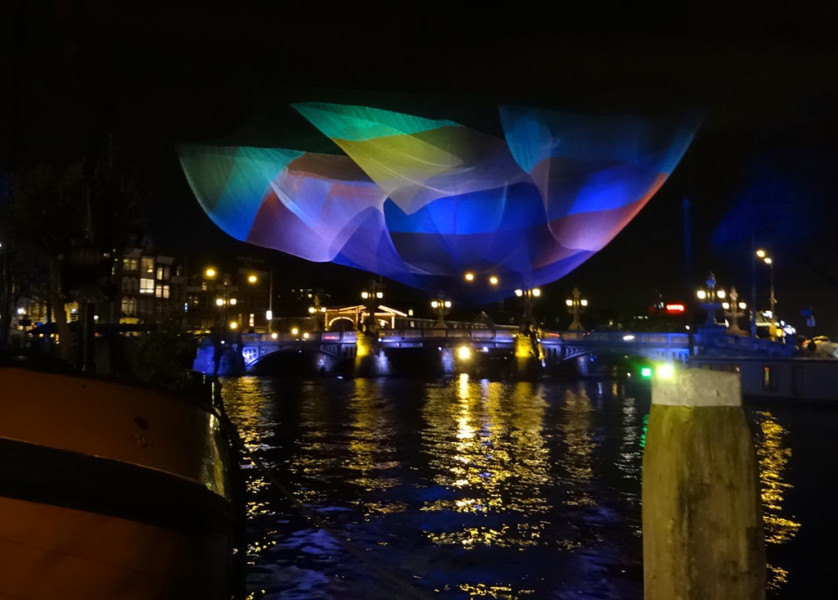 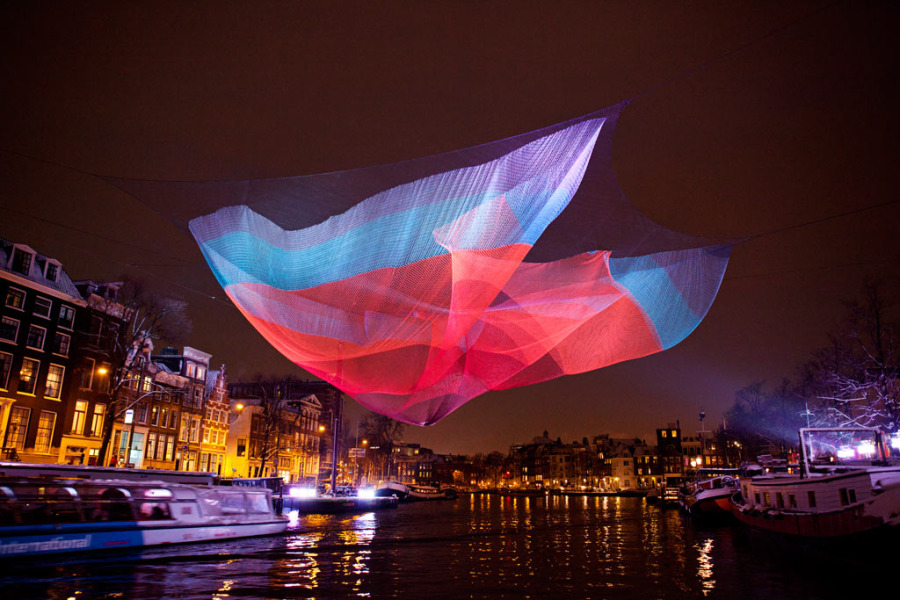 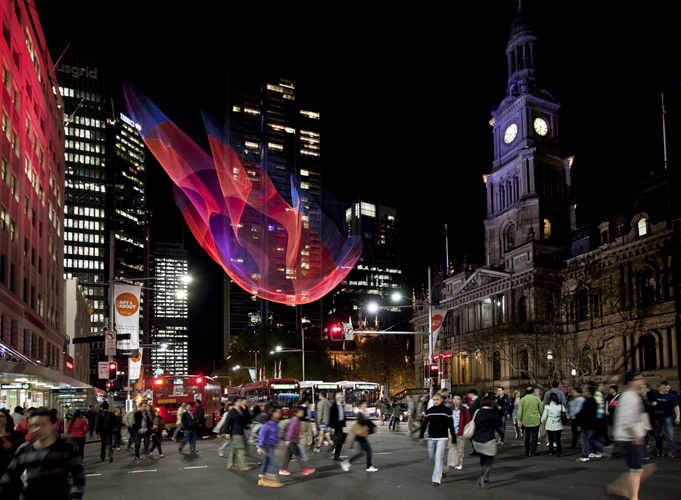 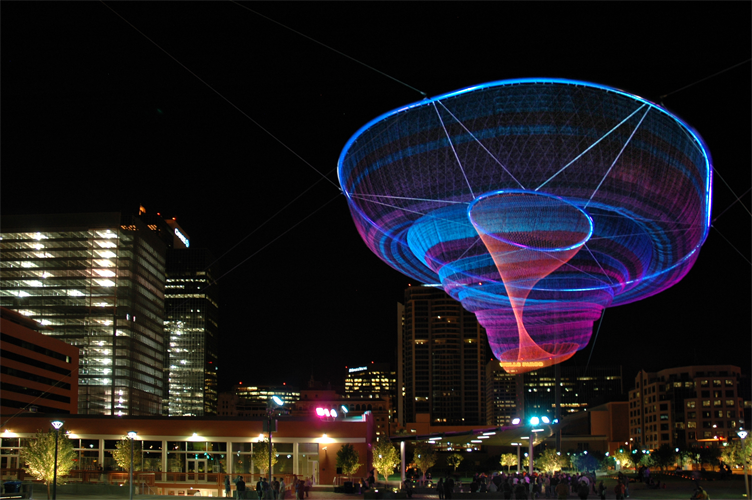 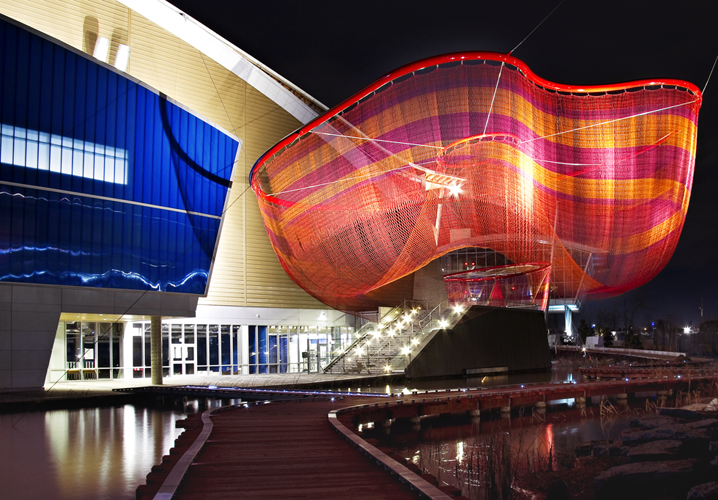